A Russian state telecom firm wants net neutrality canceled for foreign companies that do not invest ..

A Russian state telecom firm wants net neutrality canceled for foreign companies that do not invest in digital infrastructure, such as servers needed for keeping user data in line with the latest anti-terrorist regulations.

Speaking at the St. Petersburg International Economic Forum the president of the Russian state-run telecom giant Rostelecom, Mikhail Oseevsky said that he considered it unjust and “not normal” that Russian telecom providers were heavily investing in the national digital infrastructure, while foreign businesses, such as Facebook and Google, with its YouTube division, spent nothing on tangible assets in the country while receiving substantial profits.

Oseevsky went on to propose regulatory measures that would add some balance to the current situation. He said that networks operators must be allowed to regulate web traffic “in the interests of the society and the state” in particular by granting broader channels to companies who invest in the national telecommunication networks.

“This problem becomes even more urgent when we comply with the demands of the so called “Yarovaya Package” because a large share of data that we will have to store will be video files downloaded by users,” he said.

Russian news agency RBC has quoted an unnamed source “close to one of Russian telecom operators” as saying that the Russian government was discussing the idea to cancel the net neutrality principle in order to get a leverage through which it could force foreign internet companies to sponsor the anti-terrorist measures contained in the Yarovaya Package.

The net neutrality rule reads that networks providers must not limit the speed of data transfer depending on its source or content. The rule was fixed as a law in the United States in 2015 but in May this year the Federal Communications Commission (FCC) announced that the principle would no longer be observed on the US territory as of June 11. However, in mid-May the US Senate voted to keep the net neutrality rule. The measure now faces a House vote and likely veto by President Donald Trump.

The European Union uses the 2015 regulation that describes internet as an open and non-discriminatory medium, effectively enforcing the same net neutrality rule. 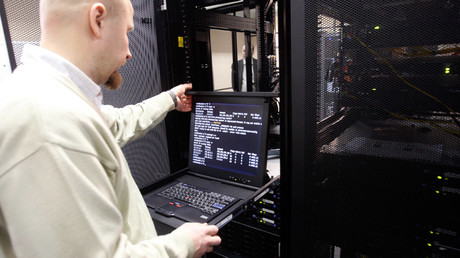 Russia currently has no laws enforcing or cancelling the net neutrality rule, but any discrimination of clients is banned under the consumer rights laws and anti-trust regulations.

In 2016, Russian President Vladimir Putin signed into law a broad package of anti-terror bills dubbed the Yarovaya package after its main sponsor, MP Irina Yarovaya. The package that comes into force on July 1 this year includes a provision requiring communications companies, including internet providers, to retain information about their clients data traffic for three years (one year for messengers and social media networks) and also to keep records of phone calls, messages, and transferred files.

The law also orders communications companies to hand over encryption keys to state security agencies on demand, allowing them to read encrypted data. Non-compliance is punishable by fine. Internet companies have protested against the package since its creation was first announced, citing the prohibitive cost of the hardware needed to comply with it.

As a result, in April this year the Russian government changed the terms of obligatory storage of client traffic from 6 months to 30 days.