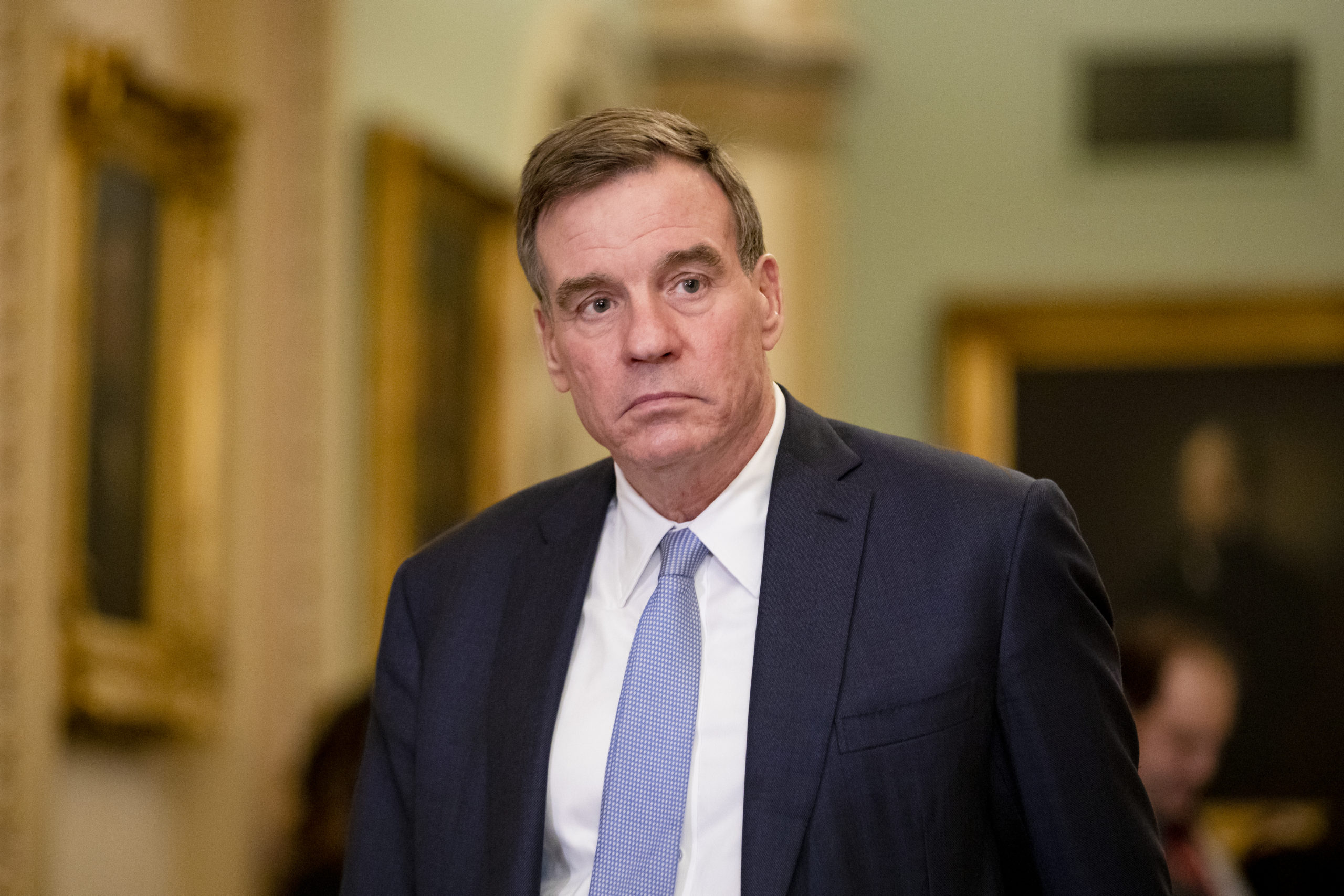 Russian operatives are using a sneakier, more sophisticated version of their 2016 playbook to undermine the November U.S. election — and this time, groups inside and outside the U.S. are furthering their goal of sowing chaos.

At the same time, Russian state-backed hackers are waging cyberattacks against political parties, campaigns, consultants and others tied to the U.S. elections — using more elaborate deceptions than in 2016, Microsoft said last week.

So far, the 2020 race hasnt featured any obvious repeats of the mass hacking and dumping of confidential documents that undermined Hillary Clinton at key moments during the 2016 campaign. U.S. intelligence agencies later blamed that breach on a covert Kremlin effort to torpedo the Democratic nominee and help Trump win.

But security researchers, former intelligence officials and lawmakers now worry that the Russians may still have a hand they havent played.

“The scale, scope and, most importantly, the impact of domestic disinformation is far greater than any foreign government could do to the United States” — Graham Brookie, director of the Atlantic Councils Digital Forensic Research Lab

“One thing we know that happened in 2016 was Russia, particularly with misinformation and disinformation, tried to exacerbate those divisions that we see play out in real time in America,” Senate Intelligence Vice Chair Mark Warner (D-Va.) told an audience at a cybersecurity conference last week. “Im very, very concerned in these last 50-plus days whether Russia could try to exacerbate those kinds of racial divisions again.”

In some ways, Russias job is easier than it was in 2016. American, Chinese and Iranian copycats are now pumping out falsehoods likely to seed the same divisions and doubts about the legitimacy of the election, often mimicking tactics first deployed by the Kremlin.

And the biggest threat this year may be Americans themselves. Many have embraced a deluge of fringe ideas and misinformation to a degree that may dwarf those foreign efforts. Extremists in the U.S. have adopted much of Moscows online strategy, including creating fake online personas to pump out falsehoods. Case in point: The QAnon conspiracy theory, which alleges a plot by elite pedophiles and the “deepstate” to overthrow Trump, has gone so mainstream its poised to send adherents to Congress.

“The scale, scope and, most importantly, the impact of domestic disinformation is far greater than any foreign government could do to the United States,” said Graham Brookie, director of the Atlantic Councils Digital Forensic Research Lab, which tracks online influence campaigns — and was itself the victim of recent Russian cyberattacks.

“Russia is continuing to evolve its tactics,” he added. “But the playing field has shifted since 2016.”

The question of what exactly Russia is up to has spawned a political brawl in Washington, where congressional Democrats have accused the Trump administration of failing to disclose all it knows about the Kremlins activities. They also say the president is pushing a false narrative that this years most potent election threat comes from China, which Trump contends favors Biden. Intelligence officials have told POLITICO that no evidence backs up those claims.

Still, Trumps top counterintelligence official, William Evanina, has agreed that Moscow is seeking to attack the election. He told lawmakers last month that Russia aims to “denigrate” Biden “and what it sees as an anti-Russia establishment.” Those efforts — plus influence campaigns by China and Iran — are “a direct threat to the fabric of our democracy,” he said in an earlier statement.

Last week, the Treasury Department imposed sanctions on four individuals, including Andrii Derkach, a Ukrainian lawyer with ties to Trump, accusing them of being active Russian agents. In particular, the U.S. accused Derkach of leaking doctored audiotapes aimed at discrediting Biden.

“The United States will continue to use all the tools at its disposal to counter these Russian disinformation campaigns,” said Treasury Secretary Steven Mnuchin. Still, social media posts about those recordings have drawn millions of views among mostly Trump supporters after the president and his allies promoted them, the Associated Press reported Saturday.

Ten U.S. and international national security officials, misinformation experts and tech executives who spoke to POLITICO said their major concerns include a hack of either campaign coming to light only days before November 3. Most spoke on the condition of anonymity because they were not authorized to discuss national security matters. 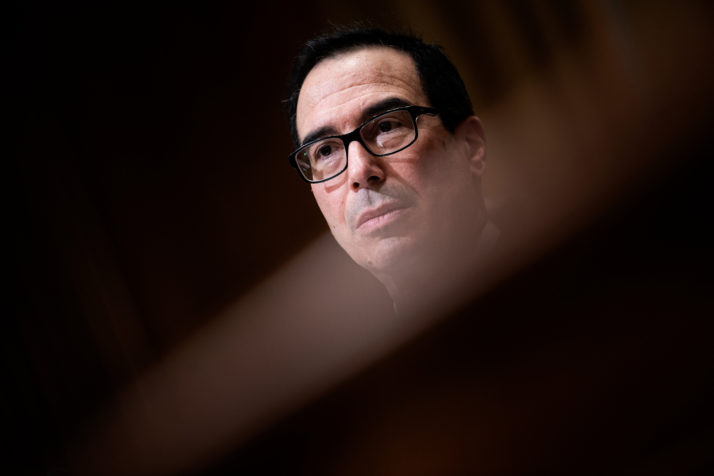 That would mirror not only the months of anti-Clinton leaks from 2016, but also the run-up to Frances 2017 presidential election, when Russian hackers released reams of internal documents from Emmanuel Macrons campaign.

No such leaks have yet been made public in this election. Senior U.S. national security and intelligence officials say they also have seen no new Russian efforts to hack the nations election infrastructure, such as voting machines, election device vendors and state voter databases.

But officials warned that Moscow is engaging in information warfare through a combination of attempted social media manipulation, old school propaganda and other dirty tricks.

But if Moscow still intends to try to weaken the U.S. by generating doubt around the election itself, such homegrown falsehoods would help achieve that goal, according to misinformation experts.

Another change from 2016: Tougher oversight by social media companies and increased awareness from U.S. security agencies about Russias tactics have forced the Kremlins operatives to step up their game.

Before the 2016 election, the Internet Research Agency — a St. Petersburg-based propaganda outfit with ties to the Russian government — was able to buy political ads on Facebook, some of them in rubles, and create fake social media profiles that drew widespread followings around posts on both sides of issues like Americas racial divisions and the countrys treatment of immigrants.

But some of those doors have closed.

After receiving widespread criticism for their 2016 failings, Facebook, Twitter and Googles YouTube have spent the past two years removing millions of misleading posts and so-called bot networks of fake accounts controlled by Russian operatives. They have also limited the ways Kremlin-owned media outlets can spread their messages online.

On September 1, Facebook and Twitter announced their latest attempts at curbing Russias influence by removing a handful of accounts and social media pages linked to an Internet Research Agency campaign to target progressive voters with a fake news website that pumped out left-leaning articles.

Seeking to evade the hunt for fake accounts, the IRA used artificial intelligence to create photos of non-existent people, then built social media personas with those images to push news articles to left-minded online groups, the two companies said. Most strikingly, the IRA also hired freelance journalists to write for a bogus online news outlet called PeaceData that promoted causes favored by Russia, such as attacks on Belarus opposition leader, Svetlana Tikhanovskaya, and U.S. foreign policy toward Venezuela.

The elaborate tactics highlight how much harder it has become for Russias misinformation campaigns to reach Americans on social media, said Ben Nimmo, director of investigations at Graphika, an analytics firm that worked with Facebook on the recent takedown.

But even the new methods did not guarantee success. PeaceDatas English-language social media presence, for instance, failed to gain traction in the U.S. before it was outed as a Kremlin front, garnering just 200 followers after creating its Facebook page in mid-May.

“If youre running a fake operation, trying to achieve success when you dont have any real friends is tough,” said Nimmo, who has tracked the IRAs activities for years. “The underlying reality is that its harder to conduct a successful campaign than you may think.”

Still, misinformation experts and national security officials say Moscow is again targeting the same voters as in both the 2016 presidential race and 2018 midterm elections.

The goal: to suppress turnout among disaffected Democratic voters and galvanize Trump supporters to head to the polls.