A Reuters photographer was removed from the House Judiciary Committee hearing in Washington on Thursday after walking over during a break to where Democratic members of Congress had been sitting and surreptitiously photographing their notes.

“During the break, a Reuters photographer, Josh Roberts, walked over to the dais and took pictures of the notes of the desks of several of my Democratic colleagues,” Rep. Matt Gaetz (R-Fla.) told lawmakers at the committee hearing.

“We noticed that, announced it to staff, and that reporter, that photographer, has been removed. And I would just say, no member, Republican or Democrat, should be subject to that—we ought to have the opportunity to take our notes, participate in debate, and have a fair discussion.”

Video footage of the photographer talking to someone else near the dais before quietly getting out his camera and snapping multiple pictures was widely circulated online, including by Rep. Mike Johnson (R-La.).

.@RepMattGaetz just announced this photographer has been removed from the #ImpeachmentHearing https://t.co/Na8ipK68vp

Reuters has pictures from Roberts available to websites using its wire agency taken at the committee meeting. Two pictures were initially described by Reuters as being of the desk of Rep. Ted Lieu (D-Calif.), who was not at the meeting on Thursday because hes recovering from emergency surgery.

Objects on the desk included a copy of the Washington Post and the “Federalist Papers.” 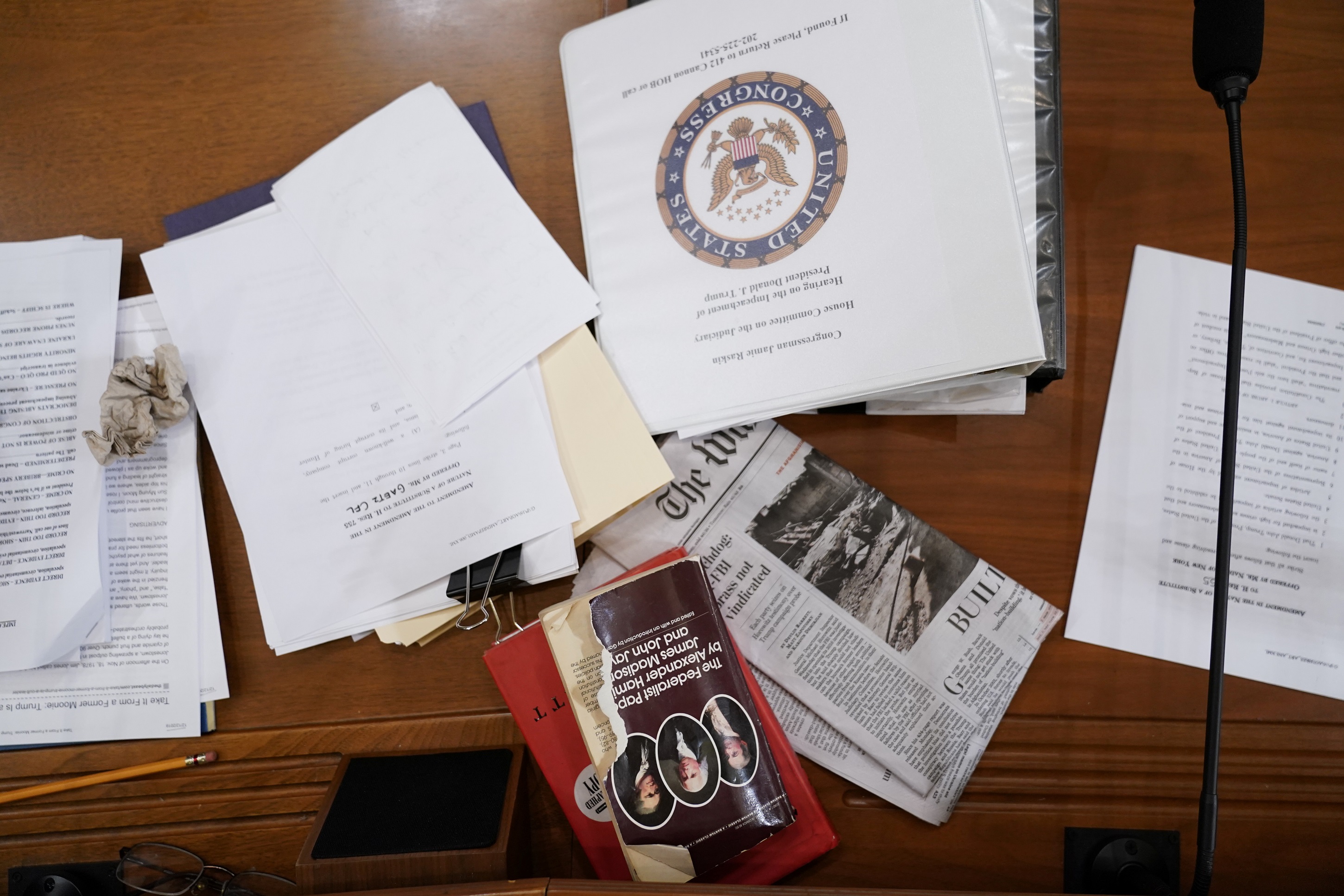 The “Federalist Papers” written by the framers of the U.S. Constitution are seen sitting among other papers at the desk of House Judiciary Committee Democratic member Rep. Jamie Raskin (D-Md.) during a break as the House Judiciary Committee continues its markup of articles of impeachment against President Donald Trump on Capitol Hill in Washington on Dec. 12, 2019. (Joshua Roberts/Reuters)