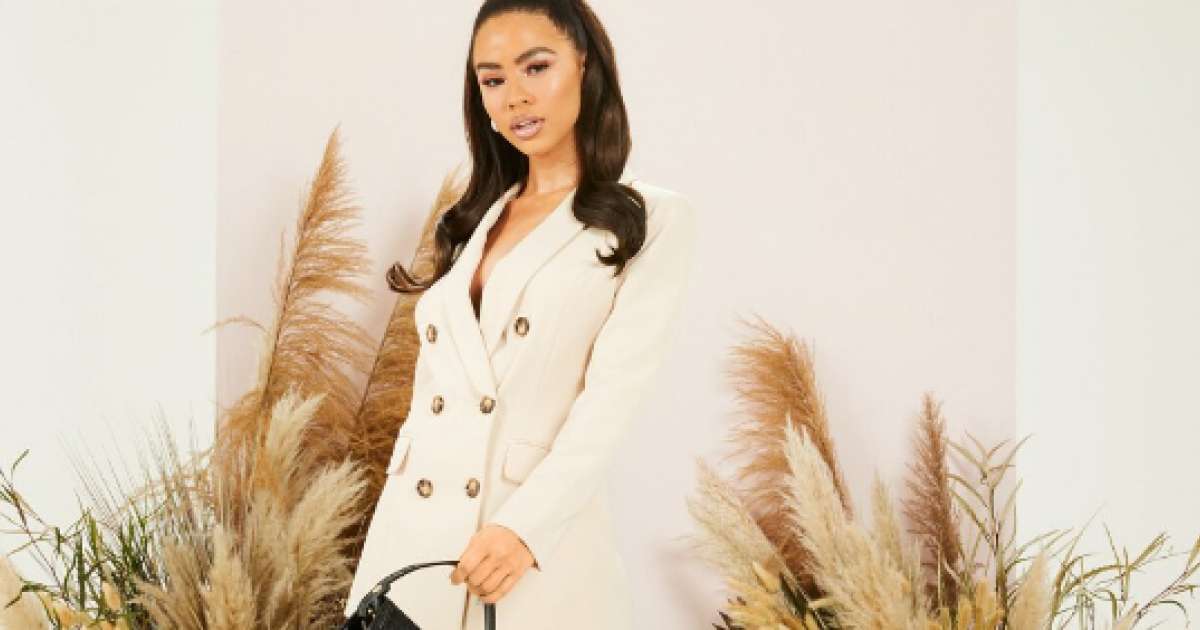 QUIZ PLC (LON:QUIZ) added 12% to 8.34p after announcing it will only reopen 60 out of the 75 UK stores it operated before the lockdown.

The three stores in Spain will remain permanently closed, while in the Republic of Ireland four of the seven sites have reopened, with negotiations continuing in relation to two other stores.

Kosmos Energy Ltd (LON:KOS) jumped 14% to 102.1p in the early afternoon on the back of an agreement with Royal Dutch Shell PLC (LON:RDSA).

The oilers agreed to farm down interests in a portfolio of frontier exploration assets for approximately US$100mln, plus future contingent payments of up to US$100mln.

Shell will acquire Kosmos participating interest in blocks offshore São Tomé & Príncipe, Suriname, Namibia, and South Africa, while Kosmos plans to use some of the proceeds to test two infrastructure-led exploration prospects in the Gulf of Mexico.

Baxter step down from the same role after serving on the board for eight years for undisclosed reasons.

Dulieu, who will also be chair of the audit committee, is currently a NED at FTSE 250 housebuilder Redrow, franchised dealership Marshall Motor and brewery Adnams.

10.50am: Wincanton shoots up on profit upgrade

Wincanton Plc (LON:WIN) shot up 10% to 198.5p in late morning after boasting full-year profits are likely to be “materially ahead” of expectations thanks to booming demand for online retail in the pandemic.

The logistics group said revenue in its Digital and eFulfilment arms was “significantly ahead” of pre-COVID-19 levels, with elevated numbers of two-person home deliveries through the summer months.

The performance across the rest of the group, which includes a construction arm that struggled during lockdown, has also been “encouraging”, supported by cost cuts earlier in the year.

Petra Diamonds Limited (LON:PDL) was among the fallers on Wednesday, shedding 5% to 1.89p after confirming UK-based law firm Leigh Day filed claims in the High Court of England and Wales against Petra and Williamson Diamonds Limited.

Williamson operates the Williamson diamond mine in Tanzania, owned 75% by Petra and 25% by the Government of Tanzania.

“The claims are understood to have been filed on behalf of 32 anonymous individuals in relation to alleged breaches of human rights at the Williamson mine. The claims are understood to allege that Petra and WDL are liable for human rights violations, personal injuries and deaths suffered by these anonymous individuals at and surrounding the mine, arising from the mine's security operations,” the miner said.

Meanwhile, Tullow Oil PLC (LON:TLW) lost 10% to 17.46p after announcing it is minimising exploration spend in the short-term due to a challenging external environment and continues to explore options to rebalance its portfolio.

The move comes as the oilers interim results revealed US$1.4bn of exploration write-offs and impairments.

Results for the six months ended June 30, 2020, comprised a US$1.3bn loss after-tax, with production in line with expectations at 77,700 barrels of oil per day and US$731mln of revenue, down compared to the US$872mln generated a year ago.

Redx Pharma PLC (LON:REDX) surged 32% higher to 69.5p in early trades on Wednesday after unveiling a collaboration with US company Jazz Pharmaceuticals to discover and develop two targeted cancer therapies.

The AIM-listed firm will receive US$10mln upfront, a further US$10mln in year-two, and US$400mln in milestone payments and tiered royalties.

The UK group sold its pan-RAF inhibitor programme to Nasdaq-listed Jazz last July in a deal worth US$3.5mln upfront and milestones and royalties worth US$203mln.

Sticking to the sector, Amryt Pharma PLC (NASDAQ:AMYT) (LON:AMYT) climbed by 26% to 202p after posting strong results on studies for its gel for a rare and extremely painful skin condition, epidermolysis bullosa.

The phase III trial achieved its main goal, known in the scientific parlance as the primary endpoint, of accelerating the wound healing process.

The next step is a rolling submission programme to the regulatory authorities, with the company applying for speedy approval in both the US and EU.

Redx Pharma PLC (LON:REDX) has unveiled a collaboration with a US company called Jazz Pharmaceuticals to discover and develop two targeted cancer therapies. Redx will receive US$10mln upfront, a further US$10mln in year-two, and US$400mln in milestone payments and tiered royalties. The UK group sold its pan-RAF inhibitor programme to Nasdaq-listed Jazz last July in a deal worth US$3.5mln upfront and milestones and royalties worth US$203mln.

Amryt Pharma PLC (NASDAQ:AMYT) (LON:AMYT) has hailed as a “significant milestone” the phase III success of FILSUVEZ, a gel for a rare and extremely painful skin condition called epidermolysis bullosa (EB). The study achieved its main goal, known in the scientific parlance as the primary endpoint, of accelerating the wound healing process. The next step is a rolling submission programme to the regulatory authorities, with the company applying for speedy approval in both the US and EU.

Blue Star Capital PLC (LON: BLU), the investing company with a focus on esports, payments, technology and its applications within media and gaming, noted that its investee company Guild Esports PLC has today announced its intention to seek float on the main market of the London Stock Exchange (LSE) later this year. Guild, in which Blue Star holds 11.7% of the issued share capital, expects to be the first esports franchise to join the LSE main market. It plans to create a leading global franchise by establishing its own esports teams to compete in major esports tournaments and a player training and scouting infrastructure modelled on the talent academies pioneered by Premier League football teams over many years. David Beckham, a founding shareholder, intends to use his global influence and following to support the development of the company's brand and business.

Argo Blockchain PLC (LON:ARB) has reported a surge in earnings and revenues in its first half as the number of Bitcoins mined during the period soared by over 500%. For the six months ended June 30, 2020, the cryptocurrency miner reported underlying earnings (EBITDA) of £3.2mln, 96% higher year-on-year, while revenues jumped by 280% to £11.1mln as the companys production ramped up. The figures were the result of a 545% increase in Bitcoins mined to 1,669 from 306 a year ago. The firm also said during the period its production base had expanded by 260% to 18,000 crypto mining machines, making it one of the worlds largest publicly-listed miners.

Bango (LON:BGO), the mobile payments specialist, has agreed a partnership with ODK Media, a Korean and Chinese subscription-based video streaming service. The partnership means telecoms companies globally will be able to offer access easily to the content on ODKs OnDemandKorea.com and OnDemandChina.com with payment through Bango's platform. “Millions of users who live outside of Korea and China to access content in their mother language with ODK Media's subscription bundled with their mobile plan, or as a bolt-on, using the Bango Platform to enable these offers to be delivered,” the company said in a statement.

Synairgen PLC (LON:SNG) noted that it has submitted a patent application for its inhaled interferon beta asset, SNG001. The AIM-listed respiratory drug developer said the application is to use SNG001 to treat virus-induced exacerbations in patients suffering from Chronic Obstructive Pulmonary Disease (COPD) and undergoing treatment with systemic corticosteroids. The application follows the results of interim analysis of Synairgens exploratory Phase II clinical trial of SNG001 in COPD patients, released on Tuesday, which revealed that the treatment is well tolerated in the older population studied and that lung antiviral responses were “significantly enhanced”.

IronRidge Resources Limited (LON:IRR) has kicked off its Third Phase drill programme at the Zaranou gold project in Côte d'Ivoire. The group said the programme will comprise some 50,000 metres of drilling – with 20,000 metres reverse circulation (RC), and 30,000 metres of aircore (AC) drilling. Two RC rigs will be in operation alongside one AC rig. The RC portion of the programme is slated to complete in the fourth quarter. The group has a stated goal of providing results upon which IronRidge can define a maiden mineral resource estimate.

Directa Plus (LON:DCTA) has published a two-year research study into the benefits of the use of its graphene additive G+ in advanced textiles and fashion. The study, published in the Journal of Applied Polymer Science, was carried out at the Politecnico di Milano by a team led by Professor Luigi De Nardo with the technical support of Fondazione Politecnico di Milano. Directa Plus said the findings confirmed that: G+ graphene nanoplatelets (GNPs) comply with ISO/TS 80004-13:2017 definition; there is a very high crystalline quality of the GNPs, which is crucial for applications where thermal and electrical conductivity is targeted; and G+ GNPs confer very high in-plane thermal conductivity to functional membranes, endorsing their use for thermal comfort.

Power Metal Resources PLC (LON:POW) told investors it has completed a due diligence exploration programme at the Silver Peak project in British Columbia. The company noted that a total of 11 channel samples were taken and have been submitted to a lab, in Vancouver, for expedited assay testing. Additionally, the Power Metal team is reviewing the exploration work undertaken and the initial findings. It expects to update the market again with the results and a decision over its acquisition option, in line with the agreed 30-day option period.

Echo Energy PLC (LON:ECHO) has told investors it is investing in its operations in Argentina to boost performance. The company has acquired compressors, previously on lease at a cost of US$2.2mln over 36 months, which are used to lift pressure in gas transport pipeline. The traRead More – Source
[contf]
[contfnew]