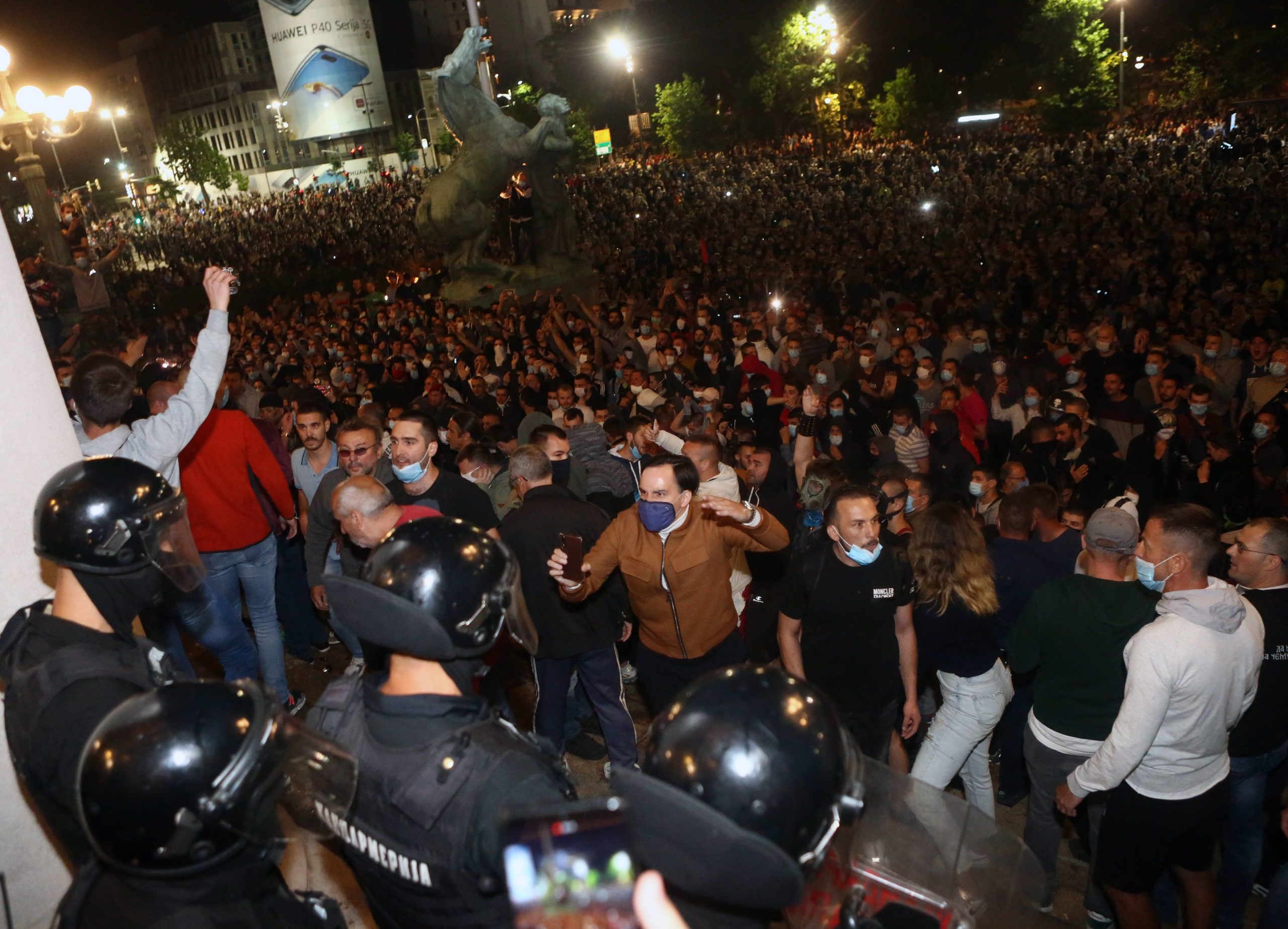 Serbian police on Tuesday forced demonstrators out of the parliament building in Belgrade, after they stormed it in a protest against a new coronavirus lockdown.

Thousands of people gathered to demonstrate in central Belgrade, following Serbian President Aleksandar Vučićs announcement on Tuesday evening that the capital would be locked down over the weekend, Reuters reported. Vučić said the lockdown, to be implemented in response to surging coronavirus infections, would likely start at 6 p.m. on Friday and last until 5 a.m. on Monday.