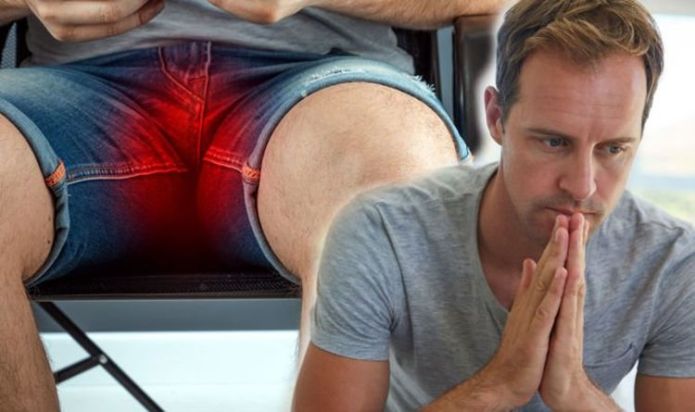 Around 50,000 new cases of prostate cancer are diagnosed every year in the UK. Prostate cancer begins when cells in the prostate gland – a small walnut-shaped gland in men – divide and multiply uncontrollably. It usually develops slowly, so there may be no signs for many years. Symptoms of prostate cancer do not usually appear until the prostate is large enough to affect the tube that carries urine from the bladder out of the penis. However, if experiencing erectile dysfunction, it could be a major warning sign of the deadly disease.

Cell changes may begin 10, 20, or even 30 years before a tumour gets big enough to cause symptoms.

Eventually, cancer cells may spread. By the time symptoms appear, the cancer may already be advanced.

Erectile dysfunction, also known as impotence, could be a warning sign of advanced prostate cancer, according to the American Cancer Society.

Erectile dysfunction can have many causes, including some forms of prostate disease and medications and surgery for prostate cancer.

In milder forms, the condition can produce painful ejaculation, which can interfere with sexual pleasure and may lead to erectile dysfunction.

Health experts now know that 70 percent of erectile dysfunctions can be traced to a physical condition that restricts blood flow, hampers nerve functioning, or both.

The health site continued: “Some men do not have symptoms at all.

“If you have any of the following symptoms, be sure to see your doctor right away: Difficulty starting urination; weak or interrupted flow of urine; frequent urination, especially at night; difficulty emptying the bladder completely; pain or burning during urination.

“If you have any symptoms that worry you, be sure to see your doctor right away.

“They may be caused by conditions other than prostate cancer.”

“If you have symptoms that could be caused by prostate cancer, you should visit a GP,” advises the NHS.

According to the health body, there’s no single, definitive test for prostate cancer. The GP will discuss the pros and cons of the various tests with you to try to avoid unnecessary anxiety.

Treatment for prostate cancer will depend on your individual circumstances, says the NHS.

“Sometimes, if the cancer has already spread, the aim is not to cure it but to prolong life and delay symptoms,” it adds.

Who is at risk?

It’s not known exactly what causes prostate cancer, although a number of things can increase your risk of developing the condition.

Your risk of developing it depends on many factors, including your age, ethnicity and lifestyle.

According to Cancer Research UK, prostate cancer is most common in men aged 75 to 79 years.

The cancer is more common in black-African men than white men, and least common in Asian men, says the charity.

There is some evidence that obesity can influence the aggressiveness of cancer too.

Bowel cancer symptoms and signs are in general nonspecific and unfortunately, the majority of patients with bowel cancer are diagnosed because they have symptoms or signs...