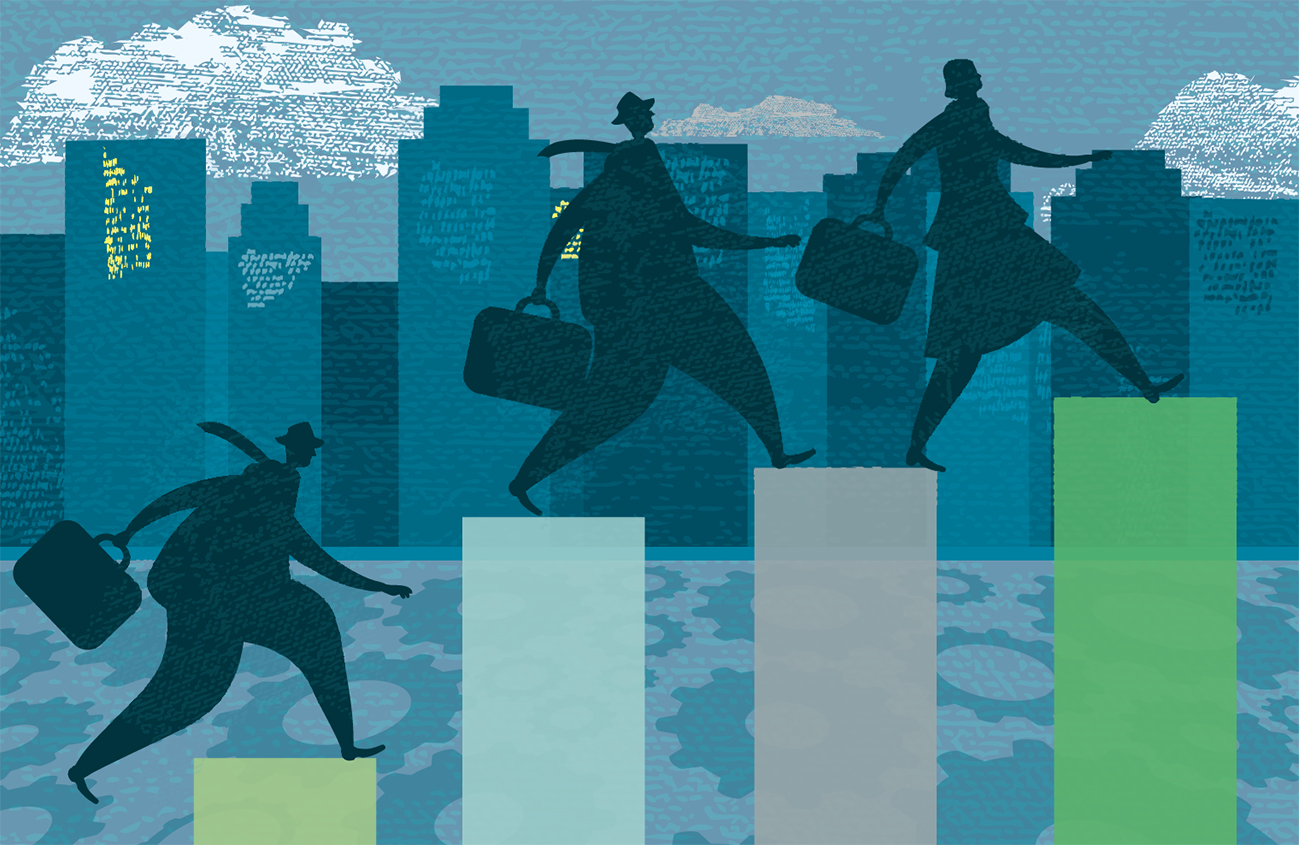 LONDON — The U.K. is on the hunt for trade deals after its exit from the European Union — but who is calling the shots?

For the first time in more than 40 years, Britain is setting its own trade policy, and a power battle is very much on for influence over its direction.

Six former officials and aides from the Department for International Trade (DIT), the central government and the business community told POLITICO under the condition of anonymity where power lies hasnt always been clear.

Tensions between DIT and the Cabinet Office spilled into the open last week in a leaked letter written by International Trade Secretary Liz Truss to Cabinet officials, including Cabinet Office Minister Michael Gove. The letter, seen by POLITICO, warned that the U.K.s current policy on only applying post-Brexit border controls in July 2021 could open the country up to dangers such as smuggling from the EU and a potential legal challenge at the WTO.

“Were not an economy that can do without international trade. We have to fix this quickly” — Dr. Rebecca Harding, trade expert

Several former aides and officials said Truss and her department have had to step back as figures like Gove, U.K. chief Brexit negotiator David Frost and Foreign Secretary Dominic Raab play an increased role in all things trade.

The position of Chief Trade Negotiation Adviser Crawford Falconer is emblematic of the divisions. He was supposed to be the countrys most powerful trade negotiator when he was hired by former International Trade Secretary Liam Fox in 2017. Yet despite overseeing a massive overhaul of DIT, his political influence has been hobbled, the former aides and officials say.

“I think his role as chief negotiator has been stunted by his perception of what [trade negotiations] look like and the way No. 10 works with him,” said one DIT aide.

No.10 resists any suggestion that DIT has been sidelined, pointing to the departments work leading trade talks for Britain, but neither Downing Street nor the department itself challenged the suggestion that its main focus is negotiating deals themselves, rather than anything more strategic.

“Were focused on getting on with the job and have assembled a world class team of negotiators led by Chief Trade Negotiation Advisor Crawford Falconer. We are conducting the biggest trade negotiation program in recent history, with hundreds of negotiators working across four continents on trade deals with some of the worlds biggest economies, having already signed deals with 48 countries covering £110 billion of trade,” a DIT spokesperson said.

Observers have called for more clarity on who is calling the shots.

“Were not an economy that can do without international trade. We have to fix this quickly,” said Dr. Rebecca Harding, a trade expert and author of “The Weaponization of Trade.”

The government appears to have sharpened its approach in recent weeks and months, she added. “U.K. trade policy has made an almost seismic shift in the way its being presented,” Harding said, explaining that the government is now taking an approach modeled on the U.S., with Raab stepping in with “big thinking around trade” and its role in geopolitical strategy.

“Taking this type of strategic approach to trade is a risky game, its very high stakes,” she said.

The push and pull between the major players will determine how pro-free trade or protectionist Britain will ultimately be. Heres POLITICOs guide to the people to watch:

1. No. 10 Downing Street and the Cabinet Office 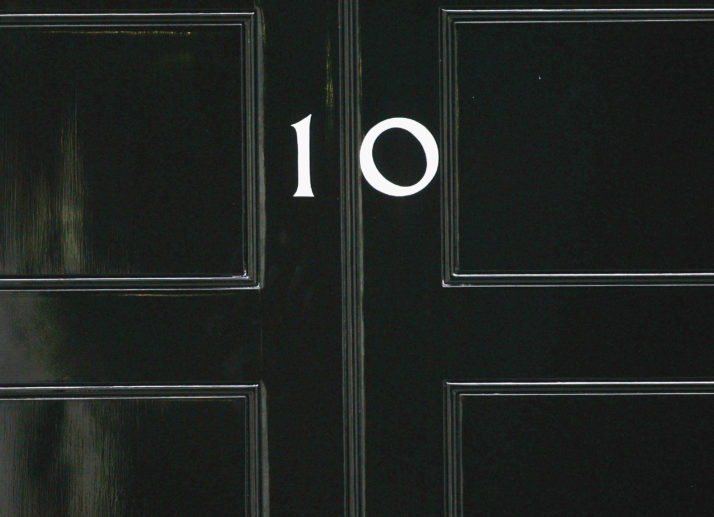 Harding attributes the U.K.s change in approach to the Cabinet Office and No. 10. Downing Street. U.K. prime ministers have a small staff in No.10 itself and are supported in the implementation of their agenda by the Cabinet Office, currently overseen by Michael Gove.

“A lot of whats going on is out of the U.S. administrations playbook,” Harding said, likening Liz Truss role to U.S. Trade Representative Robert Lighthizers, as she charges around the world on behalf of Britain. Foreign Secretary Dominic Raab is wielding sanctions — playing Secretary of State Mike Pompeo and Peter Navarro, assistant to the president and director of trade and manufacturing policy.

“Its not necessarily about industrial policy anymore … its more about our strategic position in the world,” Harding said, noting this is driven at the No. 10 and Cabinet Office level.

A former DIT aide agreed that “trade policy now is being run out of No. 10” and said the government is being “driven by centralization at the top.”

But no single person is centrally coordinating the issue, several of the former officials said, pointing out that its important to have someone who understands how trade policy is linked to business and economic policy.

“There are big trade-offs if you agree to something with the EU that makes it more difficult to trade with the U.S.,” said a former DIT official. In the end, “weve got one department that has a pretty clear objective going one way and another department with an objective going the other way.”

Groups that represent big business in the U.K. say theres no one to champion their interests either, according to two advisers for large companies. 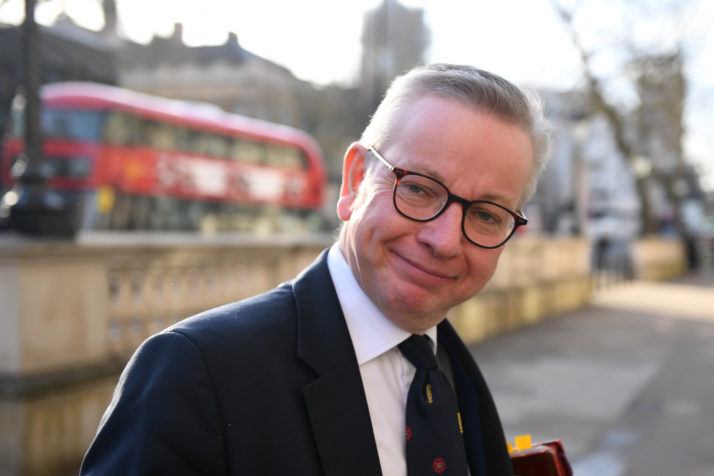 The longest-surviving member of the British Cabinet, Gove now plays a pivotal role in decision-making on trade — co-chairing the U.K.-EU Withdrawal Agreement Joint Committee, which oversees the implementation of the Brexit divorce deal — with European Commission Vice President ​Maroš Šefčovič. He also chairs the EU exit operations Cabinet committee, known as XO, a small group of senior ministers responsible for planning for the end of the transition period.

“Hes a much bigger player,” the former aide said. “It feels like DIT now is a symbolic department more than anything.”

If the government moves in a more protectionist direction on an issue, its likely to make the job of DIT harder.

One specific area where Goves influence has been visible is over the debate over food standards between DIT and the Department for Environment, Food and Rural Affairs (DEFRA). Gove, who headed DEFRA until last year, has defended farmers interests and has clashed with Truss and her team, who are more sympathetic to U.S. demands for lower standards.

“Weve seen Liz Truss has already lost one of the biggest battles, which was this debate between agricultural food standards,” said the aide, though others counter that this fight is ongoing.

“The idea of free trade within the Tory Party is absolutely fascinating,” said one former trade official. “Youve also got what has historically been the Tory heartland of farmers suddenly hearing about American food standards, which gets them really riled up.” 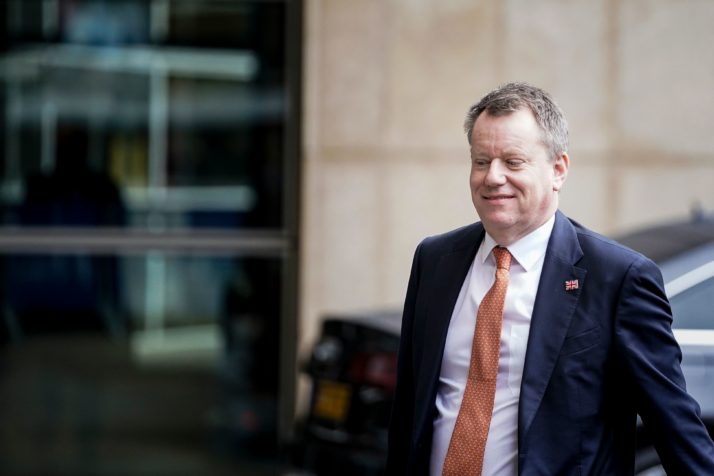 As U.K. chief Brexit negotiator, David Frost is extremely powerful and well-trusted by No. 10.

Frost advised Johnson when he headed the Foreign Office and was hand-picked to return to the highest levels of government when Johnson became prime minister. He now runs Taskforce Europe, which reports directly to No. 10.

Frosts deputy Matthew Taylor is said to be coordinating with DITs chief of negotiations with the U.S., Oliver Griffiths, and Frost also speaks to Falconer at the trade department. At various points this year, Frost has held discussions with other senior government officials about trade issues beyond Brexit talks, weighing in on negotiations with the U.S. and elsewhere, according to people familiar with the discussions.

Last month, Frost was appointed to replace Johnsons most senior official, Mark Sedwill, as national security adviser at the end of the summer, underscoring the U.K.s geopolitical approach to trade. 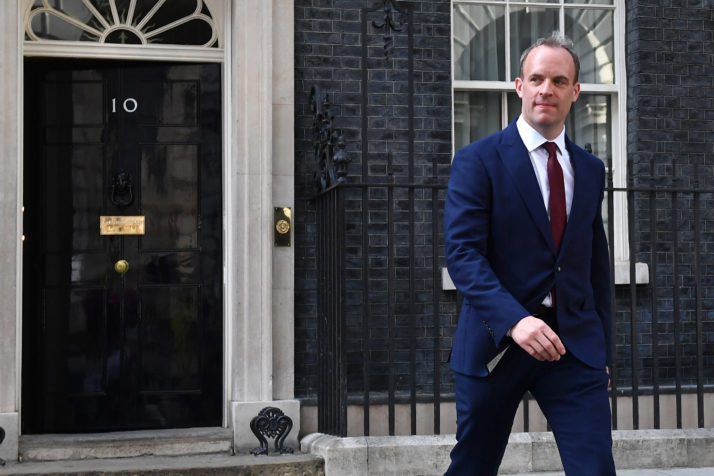 Since his appointment as foreign secretary when Johnson became prime minister in July 2019, Dominic Raab has said more and more about trade.

Raab was off to the U.S. last August to talk trade, well before Truss. Then in February, he was in Australia working to smooth the way for trade negotiations before talks officially began in June.

Whenever he does a visit abroad hes always very trade-focused, said a former DIT aide. “Its really unusual that the foreign secretary should be so forthcoming about global trade when weve got a trade minister.”

During these initial diplomatic trips, Raab gets a chance to frame how he sees potential trade negotiations.

“The big thinking around trade is going on in the Foreign Office,” said Harding, calling it a “very significant shift” from the way things have been done in the past. The trade department has even been tipped to merge with FCO. 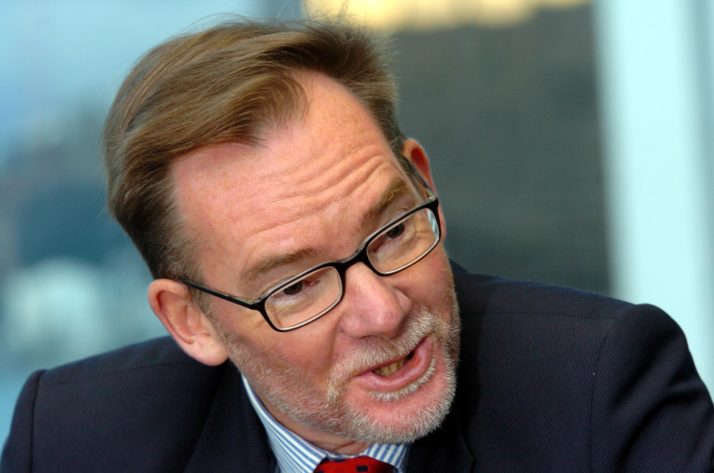 Falconer is DITs chief trade negotiations adviser and second permanent secretary, the second-most senior official in the department. A dual citizen, he was once New Zealands chief trade negotiator and was brought in by Liam Fox in 2017 to bolster the U.K. governments trade capability.

Falconer has been “pivotal in upscaling the department for international trade,” said one former DIT aide. “Prior to him joining, there wasnt any trade capability in that department.”

He has overseen the growth of the departments Trade Policy Group of trade technocrats from 45 in 2016 to 723 today. He has brought on board new IT systems, created databases of trade information and expanded the networks and policy expertise of the experts he has hired.

“It is phenomenal the scale of everything that has needed to happen since the referendum,” said another former DIT official. “We often forget how much has been done.”