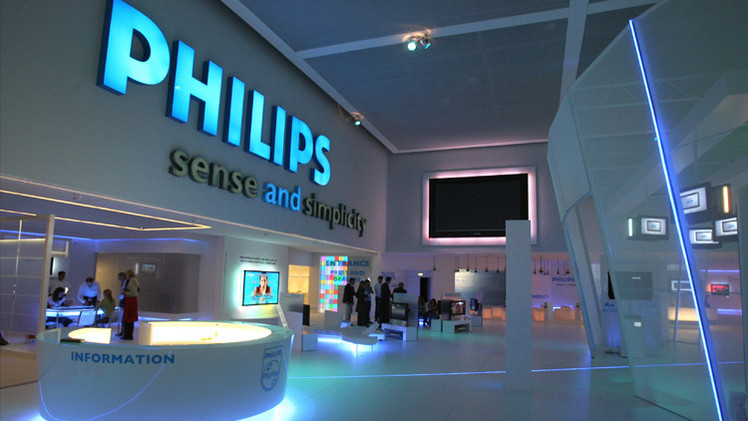 Philips has made the news when announced the release of the world’s first Designed for Xbox gaming monitor.

The Dutch company said that the new Momentum 559M1RYV gaming monitor comes with a 55-inch VA panel. The monitor will be packed with many advanced technologies.

Philips promotes the Momentum 559M1RYV gaming monitor with an image refresh rate of 144Hz, but it is best to set the value to 120Hz, as it is the maximum when connected to Microsoft Xbox Series X game consoles.

The monitor also works with a 4000:1 contrast ratio and 750 nits brightness, but the maximum brightness is 1200 nits, and the new gaming monitor has VESA DisplayHDR 1000 support.

The monitor also has a built-in soundbar from the British company Powers & Wilkins with an output capacity of 40 watts.

Momentum 559M1RYV also has Ambiglow technology which illuminates the wall behind the screen with colors that match the game playing on the screen.

Philips announced the launch of its new Momentum 559M1RYV monitor in global markets, starting next August, at a cost of 1,419 euros.

Microsoft has not specified what conditions a monitor must meet to obtain a ‘Designed for Xbox’ certification.

Nonetheless, the Momentum 559M1RYV supports an Xbox Game Mode, although details about this also remain unknown.

The company is classified as a global electronics company headquartered in the Netherlands and employs 121,700 employees, as for sales amounted to 27 billion euros in 2006.

The company has a large patent stock of 80,000 registered marks. This number that proves the innovative nature of the company. It also has many factories around the world.

Phillips also has offices and branches in more than 60 countries around the world.