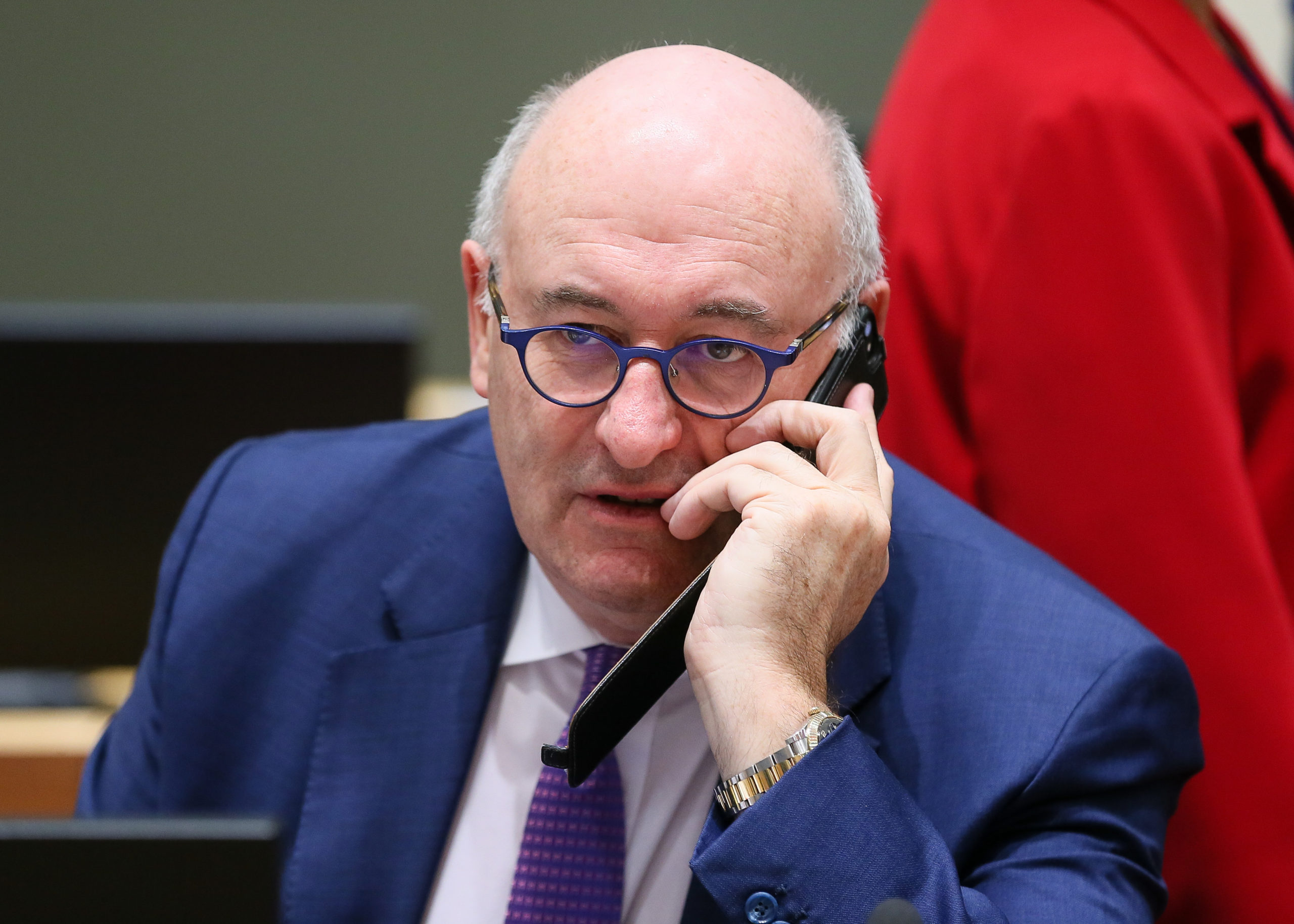 A week after attending a golfing dinner that breached Irelands coronavirus restrictions, Phil Hogan is now out of the game.

The now-former EU trade chiefs attendance at a packed dinner at a three-star hotel on Irelands west coast helped fuel a ballooning public outcry in his native country, where citizens asked why the rules preventing them from seeing loved ones during the pandemic did not stretch to the countrys top brass, Hogan among them.

The blowback from the golf dinner swallowed up one of the Commissions most respected operators, who had built a career culminating in six years in Brussels on his no-nonsense political style and negotiating skills.

Revelations that he had crossed in and out of a county under lockdown, broken quarantine rules, and even played more golf, slowly dripped out over the course of six disastrous days as he fumbled attempts to make the political crisis go away.

In the end, it was clear his argument that he had not broken Irelands coronavirus rules had more holes than a golf course.

So how exactly did Hogan go from golfing to resigning in one week? POLITICO takes a look at how the scandal played out, swing by swing.

Thursday, August 20: Late in the day, the Irish Examiner newspaper reveals that more than 80 of Irelands top politicians, judges and politicians attended a packed dinner on Wednesday to celebrate the 50th anniversary of the parliamentary golf society — in breach of Irelands coronavirus rules, which were strengthened the previous day to limit indoor gatherings to just six people. Hogan stays silent — for now.

Friday, August 21: Other politicians including some from Hogans own Fine Gael party are reprimanded for attending the soirée, with the agriculture minister, Dara Calleary, tendering his resignation early in the morning. In a now-deleted tweet, Hogan breaks cover to confirm his presence at the shindig — but he doesnt apologize. Instead, he says he only went along after receiving assurances the event would stick to the rules. In an argument that later comes back to bite him, Hogan categorically states he “fully complied” with Irelands rules requiring anyone returning to Ireland from Belgium to quarantine for 14 days.

In Brussels, a European Commission spokesperson says the Irishman attended “in good faith” and says Commission President Ursula von der Leyen has been informed. Irish Prime Minister Micheál Martin goes on television to demand a “far more fulsome” apology from Hogan, but admits he is not within Irish jurisdiction. Anger mounts in Ireland about Hogans apparent lack of contrition.

Saturday, August 22: Though public fury over the golfing event is still skyrocketing, a lack of concrete consequences for Hogan gives the sneaking sense that he may have done enough to ride out the storm, as Saturday comes around. But that suddenly changes late at night when Prime Minister Martin and his deputy Leo Varadkar — leaders of two out of the three coalition parties — put out a sternly worded statement demanding Hogan “considers his position.” They also rebuke the 60-year-old for his late apology.

“He still needs to give a full account and explanations of his actions,” they say, turbocharging the pressure on Hogan. But the choice of words leaves doubts about whether the government has really asked Hogan to resign, or simply made a power move to look tough for the furious home crowd in Ireland. Meanwhile, Hogan quietly returns to Brussels by plane.

Sunday, August 23: “No resignation,” a spokesperson for Hogan writes in a text to POLITICO, as it becomes clear the commissioner is hunkering down. Later on, he returns to his Twitter feed and posts a full apology, saying he is “extremely sorry” and twigs the “stress, risk and offense” his attendance at the golfing-do caused.

But he sidesteps the governments call for him to consider his future, saying he respected and had “listened carefully to their views.” Irish Deputy PM Varadkar takes to the airwaves to say the apology “definitely helps” and even seems to let slip that the government rebuke of “consider your position” might just have been an attempt to reflect the public mood. For a second time, it appears Hogan might survive the scandal, and chalk the whole affair up as a minor embarrassment. The Irishman gives an account of events to his boss, von der Leyen.

Monday, August 24: Now the focus shifts to the European Commission in Brussels, where a spokesperson reveals von der Leyen has requested additional information from Hogan. “[Von der Leyen] does expect commissioners to comply with the same rules as citizens do,” the Commission representative adds — the first hint of potential consequences.

Tuesday, August 25: “Where is Hogan?” journalists start to ask about the commissioner, who has not been seen in public since the scandal teed off. A Commission spokesperson brushes off any talk of sanctioning Hogan as “absolutely premature.” In the afternoon, the Commission publishes what it says is the dossier of evidence Hogan submitted to von der Leyen. It is a 1,400-word statement and timeline of his activities in Ireland since arriving there on July 31.

But the full-disclosure strategy only creates new questions for the commissioner, chief among tRead More – Source
[contf]
[contfnew]