Over half of respondents in a Russian poll said that they would prefer Vladimir Putin to remain in p..

Over half of respondents in a Russian poll said that they would prefer Vladimir Putin to remain in power after his current term expires in 2024, regardless of the direct constitutional ban on such move.

According to the research, conducted by the independent public opinion think tank Levada, the share of Russians who say that they would prefer to see Putin as president after his current term expires in 2024 is 51 percent. 27 percent of respondents described such scenario as 'undesirable'.

The Russian Constitution does not allow the same person to assume the presidential post for more than two terms in a row and Putin has repeatedly told the press that he had no intention to violate or change this rule.

A poll conducted last August revealed that the share of Russians who wanted Putin to win in the March 2018 presidential elections was 67 percent and 18 percent of respondents said that they would not favor such result. But in 2018 Putin was running for the second consecutive term, albeit fourth altogether, which is not prohibited.

The latest Levada research also showed that the share of Russians who say that they desire large-scale changes in the country increased from 42 percent in August last year to 57 percent today. At the same time, only 24 percent of Russians agreed with the thesis that radical changes in the government could lead to an increase in living standards and 30 percent told researchers that in their view the Cabinet reshuffle would not change anything.

In April this year the head of the Chechen Republic, Ramzan Kadyrov, called for changes to the Russian Constitution that would allow Vladimir Putin to be re-elected president after 2024.

“We should not even ask Putin about this! The people, the Federation Council, the State Duma [Russian parliament], other state institutions, must initiate and pass this decision, collect signatures and hold a nationwide referendum,” Kadyrov told reporters. 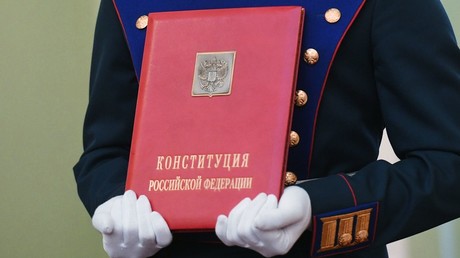 “I am confident that everyone would support this,” he said.

In mid-May, the legislative assembly of the Chechen Republic drafted a bill in the federal parliament which allows Putin and all future Russian presidents to remain in office for three consecutive terms instead of the current two. When presenting the motion the chairman of the assembly, Magomed Daudov, emphasized that it did not diminish the democratic foundations of the Russian state but allowed citizens to better determine their future.

Putins press secretary Dmitry Peskov commented on the initiative saying that president did not have the issue on his agenda and added that the leader had repeatedly expressed a negative position over changes to the constitution.