Kirkenes, situated just 14 kilometers from NATOs northern land border with Russia, is no stranger to geopolitical games. But while the worlds superpowers bicker over the rules, Kirkenes approximately 3,500 residents pride themselves on keeping the ball in play. Norwegians drive to Russia for cheap gas; Russians come to Norway for high-quality diapers; some end up married. Daily life on this far-flung peninsula has settled into a fragile equilibrium.

But with a new player threatening to enter the fray, this sense of balance might be short-lived. China is pulling no punches when it comes to the Arctic, and its recent polar push has put the United States — a major player in Arctic politics — on high alert.

Rune Rafaelsen, Kirkenes charismatic Labor Party mayor, doesnt share Washingtons concern. In fact, he sees nothing but opportunity. “I dont believe in trade wars,” he told POLITICO, pouring coffee from a large camping flask in his office at the towns northern edge, a piece of traditional Chinese art hanging on the wall behind him.

“I will do everything I can to stimulate more trade and better connection, also with China,” he said.

“There is no alternative for the Chinese” — Rune Rafaelsen, Kirkenes Labor Party mayor

China published its first Arctic white paper in January 2018, despite not actually owning any Arctic territory. In an icy twist to its Belt and Road Initiative, the rising superpower outlined the economic importance of the region and called on Chinese businesses to participate in the development of Arctic shipping routes.

Kirkenes happens to sit at the western edge of one such shipping route. The Northern Sea Route stretches from far-East Siberia along the Russian coastline to the Barents Sea, and has long been touted as a desirable alternative to current Asia-to-Europe passages. For one, it shaves about 40 percent off the distance. It also avoids the geopolitically tense Suez Canal. And in a special bonus for China, it dodges the heavy U.S. Navy presence in the Straits of Malacca. The catch? Thick sea ice has made the route historically unnavigable, except by specially equipped vessels during certain intervals during the summer.

But as climate change ravages the Arctic, the Northern Sea Route is becoming slushier year-on-year. In 2018, the first container ship cruised the Northern Sea Route, and this year, transit volumes increased by 40 percent, reported the Barents Observer (although most were related to the Yamal LNG plant, a China-Russia natural gas joint venture on the Russian coast, rather than regular cargo).

Some experts argue that the complexities of far-North transit — including increasingly unpredictable ice floes and severe winter storms — make even a warmer Arctic inhospitable to commercial interests. Maersk, the global shipping giant that tested the waters in 2018, insists it doesnt see the Northern Sea Route as a viable alternative to existing routes for its own vessels. 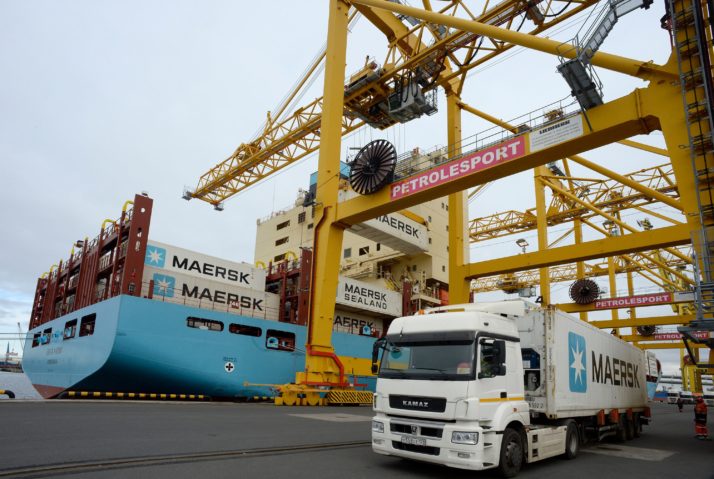 Still, a more crowded Northern Sea Route is likely a question of “when,” not “if.” And China, less constrained by budget and electoral cycles than its global rivals, has the luxury of the long view.

Chinese state-owned shipping company COSCO has made no secret of its intention to ramp up its activity along the Northern Sea Route. At a conference in March this year, it flagged Kirkenes as a location of strategic interest, according to the Barents Observer. And in May, the town hosted a delegation from state-owned China Communications Construction Company Ltd. (CCCC), the worlds largest port infrastructure developer.

For Kirkenes, whose fluctuating fortunes have long been tied to an on-again, off-again iron-ore mine on the western edge of the peninsula, Chinese interest in the thawing Arctic looks like a lifeline.

“There is no alternative for the Chinese,” Rafaelsen said, pointing to the geography of Norways northern archipelagos. “Its not Tromsø, its not Narvik, its not Bergen.” Kirkenes unique position as the first ice-free port on the European side of the Northern Sea Route, he claims, makes it the ideal place for an Arctic shipping hub.

To fulfill that vision, Kirkenes will need much more than a port. Goods landing in the European Arctic are still far from the hungry markets of the major cities further south, and currently, theres no way to get them there.

To solve this problem, the Norwegian, Finnish and Estonian governments have explored building various sections of a so-called Arctic Corridor, including a railway linking Kirkenes to Rovaniemi, in Finnish Lapland, and an undersea tunnel connecting Helsinki to Tallinn, Estonia.

But these projects are expensive, and with the future of the Northern Sea Route still uncertain, governments have been reluctant to put money on the table. In February, the Norwegian-Finnish working group scoping the Arctic railway declared the project commercially unviable under current cargo estimates. The Finnish and Estonian governments have been sitting on a feasibility study of the Helsinki-Tallinn tunnel since early 2018. Frustrated by government inaction, some northern entrepreneurs have taken matters into their own hands.

“This is the center of Norway … This is the closest Norway comes to something that is important regarding foreign policy. Nothing is happening in Oslo” — Rune Rafaelsen

In March this year, Finnish entrepreneur Peter Vesterbacka, best known as a creator of the hit game Angry Birds, signed a €15 billion deal with Beijing-backed investment firm Touchstone Capital Partners — as well as three Chinese construction firms — to build the Helsinki-Tallinn tunnel, which he says will be operational in 2024. If the agreement bears fruit, it will be the largest Chinese investment in Northern Europe.

Since then, Kirkenes-based public development company Sør-Varanger Utvikling has inked a preliminary deal with Vesterbackas company, FinEstBayArea Development, to build the Arctic railway.

Sør-Varanger Utvikling Chief Executive Kenneth Stålsett insisted it was too early to talk about funding sources, but acknowledged that Chinas interest in the region certainly presented “an opportunity,” as well as some uncertainty about whether the Norwegian government would approve large amounts of foreign funding for this kind of project.

But Rafaelsen says drawing attention to the question of foreign investment is part of his strategy. He is using the specter of Chinese development to show Oslo that “we should own our own infrastructure.” 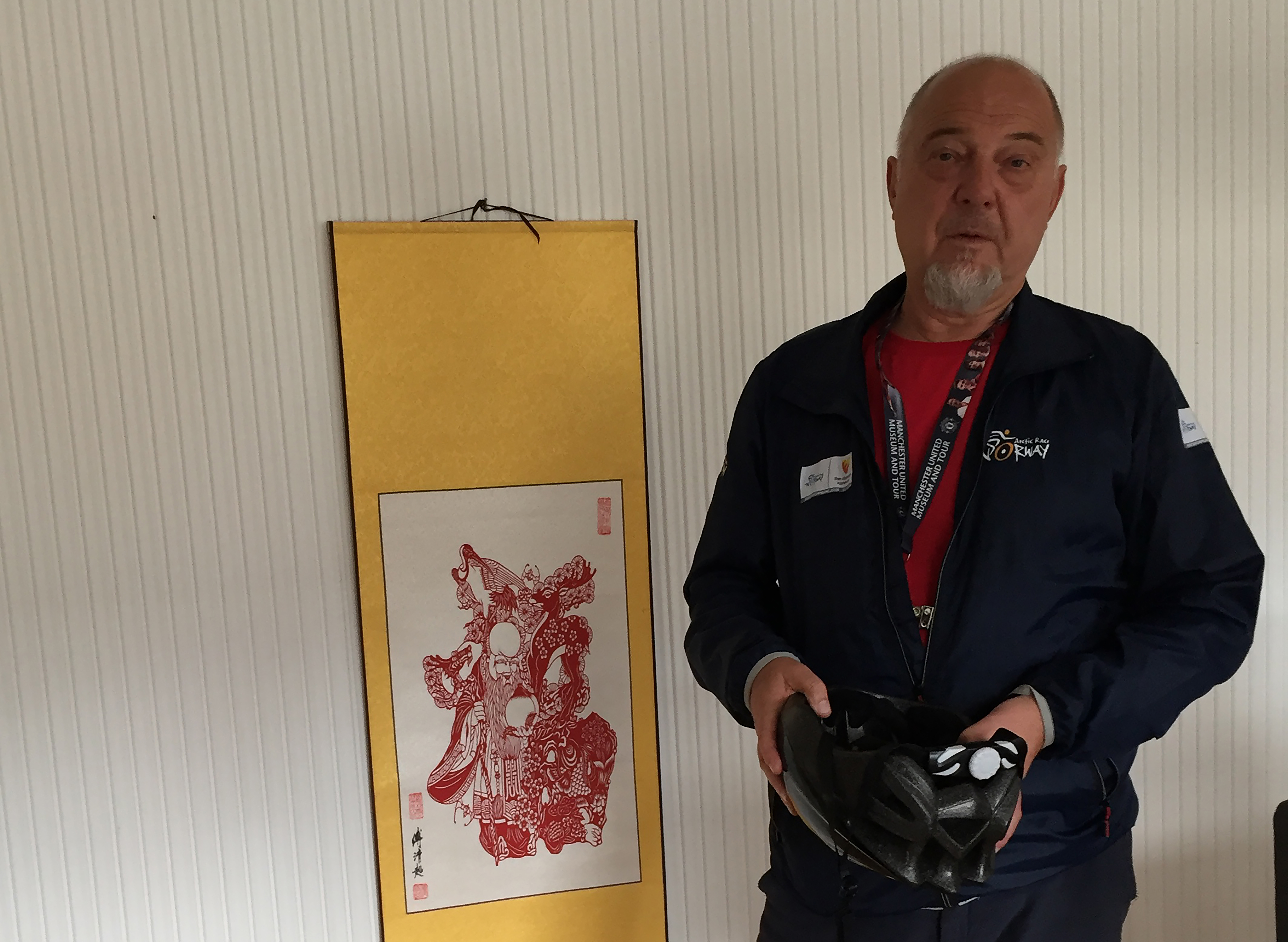 “This is the center of Norway … This is the closest Norway comes to something that is important regarding foreign policy. Nothing is happening in Oslo,” Rafaelsen said. “They dont understand whats going on up here. They dont have a clue.”

At Norways foreign ministry, State Secretary Audun Halvorsen said the increase in shipping activity in the Arctic region was mainly related to “petroleum projects in Russia, fishing activity and cruise tourism,” adding: “The commercial use of the Northern Sea Route as a transit route between Europe and Asia remains limited. A number of factors can explain this, such as demanding weather and ice conditions.”

The Norwegian official said China had “so far played a constructive role” as an observer in the Arctic Council.

For a week in February this year, Kirkenes pedestrian thoroughfare gleamed red under the glow of decorative Chinese lanterns. As part of an annual cultural festival, the town transformed itself into “The Worlds Northernmost Chinatown.” A special Chinese-style gate popped up in the town center, and visitors from Chinas Harbin Theater Arts College performed a traditional dance for the residents of Kirkenes. The Chinese ambassador to Norway, Wang Min, opened the festivities alongside Rafaelsen.

Michael Miller, one of the festival organizers, said the idea behind this years theme was “to see what Kirkenes possible future would be with … indications from China that they are really interested in this part of the world.”

Chinese tourism in Kirkenes has exploded over the last five years, according to Miller. (Its not a phenomenon unique to Kirkenes — the Arctic has become a hotspot for Asian visitors.) This, combined with talk of Chinas commercial interest in Kirkenes, inspired Miller and his colleagues to involve locals in the conversation about what the future of their town should look like.

When POLITICO visited months later, opinions on the ground ran the gamut from unaware to cautiously optimistic to fearful.

Pål Riise, a Kirkenes resident who lives on a disability pension, called himself “a little bit paranoid.” 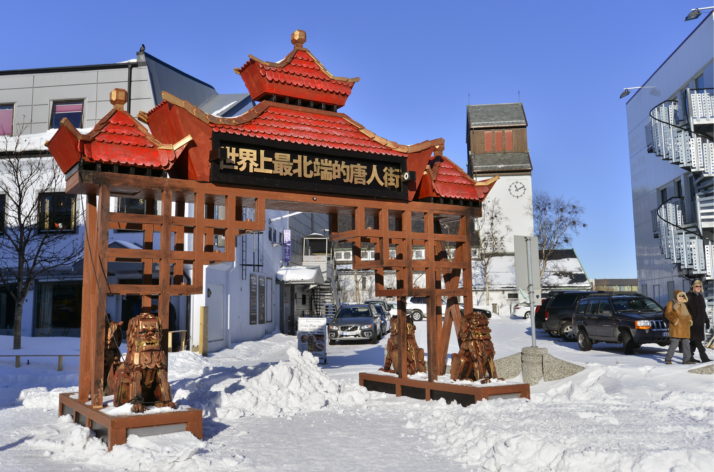 “If you let the Chinese buy one rock … they will be here forever,” he said.

“I like it, because [right now] there are two boys quarreling. If there are three — Russia, America and if we have China here — it is a chance for peace, to take down the tension,” he said. Hes a supporter of the Arctic railway, and believes China will be involved.

Jostein H. Maehla, a student in his final year at high school in Kirkenes, said the railway “definitely should happen.” The China question will be difficult, he said, but “if the big boys come and they give you cash for something, you better accept it.”

The town may never reach consensus on the question of Chinese investment. But its clear that many of its inhabitants are excited by the prospect of a more connected Arctic. Stålsett, who is spearheading the Kirkenes-Rovaniemi railway project, put it this way: “People live here, we have our jobs here, our families … We want something to say in the development, we dont want to be looked at like a zoo.”

“Europe needs to define its own narrative. What our ambitions are economically and security wise, and what kind of role we want for China there in the Arctic” — Jari Vilén, Finnish diplomat

On the other hand, the indigenous Sámi people have been protesting against the railway for years. They believe it would cause massive disruption to local ecosystems, particularly reindeer migration patterns, and open up their land to exploitation by large corporations. In May this year, after Vesterbacka signed the letter of intent with Sør-Varanger, Sámi youth groups protested outside Finnish parliament.

Jari Vilén, a Finnish diplomat and Arctic adviser at the EU Commissions in-house think tank, the European Political Strategy Centre, says Europe has a role to play in the discussion about Arctic development.

“Europe needs to define its own narrative,” he said. “What our ambitions are economically and security wise, and what kind of role we want for China there in the Arctic.”

“We dont have time to waRead More – Source