LONDON — Northern Ireland wants Boris Johnson to listen up. With Brexit all but certain to happen f..

With Brexit all but certain to happen following the Conservatives convincing election win — killing any hopes in the Remain-voting corner of the U.K. that Brexit might be canceled — businesses and politicians are turning their attention to what it will mean in practice.

The Brexit deal struck between the European Union and U.K. in October is far from “oven-ready,” as Johnson repeatedly claimed on the campaign trail, and the decisions made in the months ahead could have huge economic and political consequences for the region.

Businesses say they have had minimal engagement with London about Johnsons Brexit blueprint, and the U.K. government remains tightlipped about its progress in setting up the joint committee with the EU that is mandated by the Withdrawal Agreement. That body will have the crucial job of thrashing out what the day-to-day reality of Brexit will look like on the ground.

There are also fears that Johnsons determination to diverge from EU rules will make it harder to minimize checks and disruption to trade between Northern Ireland and the U.K.

Politicians from across the divide are calling for a seat in future talks, warning of the economic and political consequences of Johnson misunderstanding or ignoring their concerns.

Ulster Farmers Union President Ivor Ferguson said his industry group had been working with Northern Irelands authorities on Brexit for some time, with a bit of input from Great Britain, but was now “looking for more engagement on all fronts.”

“Essentially, we want what the prime minister promised — that the U.K. leave the EU as one entity and that Northern Ireland continues to have free and frictionless trade with Great Britain and the Republic of Ireland. It really all starts from here and we expect to be involved in discussions and processes sooner rather than later,” he said.

Politicians from across the divide are calling for a seat in future talks, warning of the economic and political consequences of Johnson misunderstanding or ignoring their concerns. But with a large majority, the prime minister does not rely on any of Northern Irelands political parties to stay in power, meaning there is little they can do to force his hand.

A lot left to decide

In his last-ditch attempt to secure a withdrawal deal with European leaders in October, Johnson signed up to the so-called Northern Ireland protocol to avoid the introduction of a hard border on the island of Ireland. 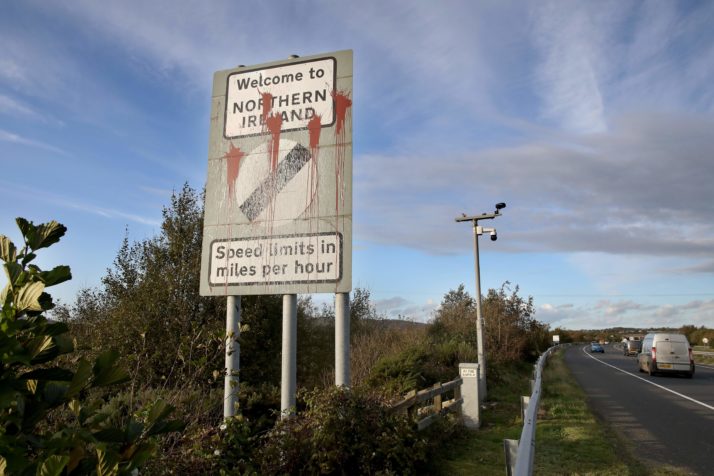 He agreed that while Northern Ireland could remain part of the customs territory of the United Kingdom, EU customs rules would apply between Northern Ireland and the Republic of Ireland to avoid any tariffs or restrictions. Goods moving directly from Great Britain to Northern Ireland would not be subject to a tariff, unless the good is “at risk” of subsequently being moved into the EU.

What this means in reality is yet to be agreed. It is the U.K. and EU joint committee that will establish the detailed criteria for what goods are “at risk,” as well as further conditions under which goods coming into Northern Ireland from the British mainland would have to pay the EU tariff.

Asked for further detail about the progress and constitution of the committee, the U.K. government refused to provide any update, simply pointing to the 541-page Withdrawal Agreement document.

Concerns about the implications of the deal for large volumes of trade between Great Britain and Northern Ireland come from across the political divide.

While the government insists there will be no changes to trade across the Irish Sea, locally politicians are reluctant to take him at his word.

“It seems the way Boris Johnson is conducting this megaphone diplomacy, there will be a lot of chaos and turmoil over the next year at least here” — Colum Eastwood, leader of the moderate Irish nationalist Social Democratic and Labour Party

Jeffrey Donaldson, the Democratic Unionist Partys new leader in Westminster, said his party continued to have “very real concerns about the Brexit deal” and the potential impact of a customs border down the Irish Sea. He said he would be pushing the U.K. government to introduce measures to “mitigate” the impact on Northern Ireland.

Colum Eastwood, leader of the moderate Irish nationalist Social Democratic and Labour Party (SDLP) agrees. “Yes, there will be no hard border in Ireland [if a trade deal is not agreed] which is very very important, but we have no interest in economic borders and barriers anywhere. We are very concerned about that,” he said.

“It seems the way Boris Johnson is conducting this megaphone diplomacy, there will be a lot of chaos and turmoil over the next year at least here,” he added.

“There are going to have to be preparations for managing East to West checks and controls,” according to Katy Hayward, a senior fellow at the UK in a Changing Europe think tank.

“The scale and scope of these are all yet to be determined by the negotiations on the future U.K.-EU deal. But as a baseline there will have to be a system for ensuring that the U.K. and EU pretty well know what is crossing the Irish Sea, including between Great Britain and Northern Ireland,” she added.

That means there will need to be the capacity for making customs declarations, processing them and checking on what is declared. “If all this has to be ready to roll by December 31 [2020], then there is very little time not only to define the new rules and procedures but also to ensure that people know how to comply with them,” said Hayward. 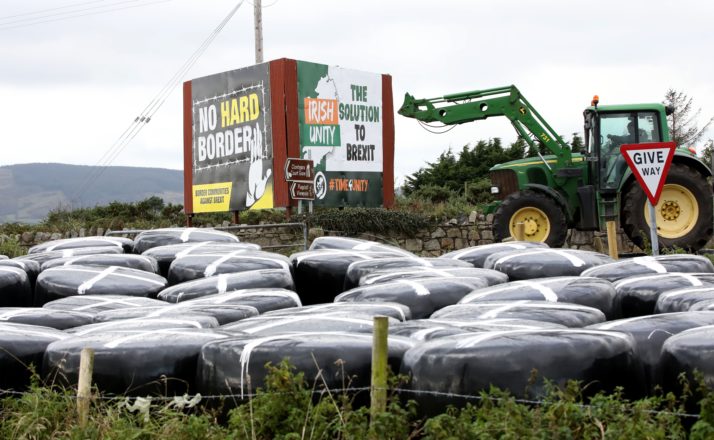 A tractor drives by a billboard with anti-Brexit, no hard border and pro-Irish unity slogans seen from the Dublin road in Newry | Paul Faith/AFP via Getty Images