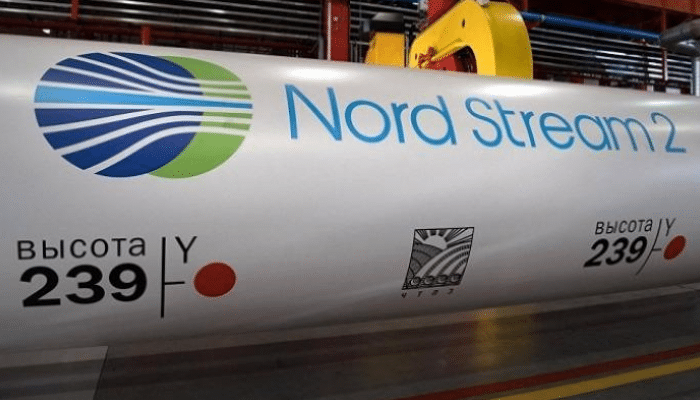 Moscow, (Business News Report)|| Russia’s Gazprom said that it will exploit the “Nord Stream 2” pipeline to supply its customers in Russia.

Gazprom confirmed that it will exploit the line after the decision to suspend the controversial supply link with Germany due to the Russian invasion of Ukraine.

It said it plans to operate the project’s onshore facilities in Russia, with the aim of expanding supplies to customers in the northwest.

This Gazprom plan comes at a time when Europe has redoubled its efforts to dispense with Russian supplies, which made up about 40% of the total gas consumed on the continent during the past year.

The continent’s urgency to reduce its dependence on Russian shipments increased last week, when Russia cut off pipeline gas shipments to Poland and Bulgaria, which refused to comply with the Kremlin’s demand for ruble payments.

The European Union has said such payments violate sanctions, but many countries have not yet decided if they can find a way to avoid supply disruptions.

Gazprom’s use of Nord Stream 2 means that one of the project’s dual pipelines will be immediately available for EU supplies, should the bloc decide to finalize the connection, according to the statement. But deliveries via the second line cannot begin until after 2028.

Nord Stream 2 was supposed to transport about 55 billion cubic meters of Russian gas annually to Germany via the Baltic Sea, and was ready to begin large-scale deliveries in December despite US sanctions.

The latest obstacles to the project, however, have centered on approval by Germany’s energy regulator and EU officials.

However, Germany retracted its support for the pipeline in February, after Russia recognized two breakaway regions in Ukraine as sovereign states.

German Chancellor Olaf Scholz called on the Economy Ministry to withdraw an earlier assessment that the Russian project was not considered a threat to the security of energy supplies.

The German move prompted White House spokeswoman Jen Psaki to describe Nord Stream 2 as “currently dead at the bottom of the sea.”