The muscular convicted burglar – who now hangs out with famous rappers and models – blasted the comedian, who had said: "Is a dwarf an abortion that made it?"

In an online video, the now-free Aiden Henry, 28, thundered: “Oi what's this nonsense about Jimmy Carr trying to slew dwarfs? Are you mad?

“Do you know how that makes me feel, blud? Yeah, you dont know where we come from.

“You know sometimes in life, like, yo, when I see people, and people look at me and give me dirty looks, and try and talk – and that makes me sometimes dont want to be here, innit? 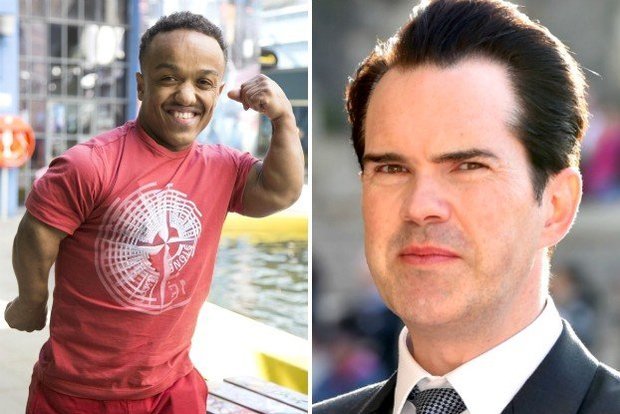 Other members of the dwarf community have also slammed the comedy – who is known for edgy jokes that have offended many different groups in the past.

Little People UK, which was co-founded by actor Warwick Davis, said it was "saddened" by the comedian's remarks and that it had been contacted by "members of the dwarfism community" who had raised concerns.

In a comment on his Little Man Gram Instagram account, Henry continued: “Some of you may not be aware but @jimmycarr Had recently criticised us dwarfs by making an Unnecessary joke and this doesnt not come lightly to me and other dwarfs which im pretty sure.

“We are all equal no one should be judged in a different way because of your colour or your size or your race or your religion.

CRIMINAL: He was jailed for burglary (Pic: SNAPCHAT )