Farage may announce the "Momentum of the Right" on Monday as his old party looks set to self-destruct, Sky News report.

A motion of no confidence was today passed against Bolton at a Birmingham general meeting by 867 to 500 votes.

AXED: Bolton was removed after refusing to cut ties with ex-Jo Marney

Nigel Farage: is he EVER out of the pub? 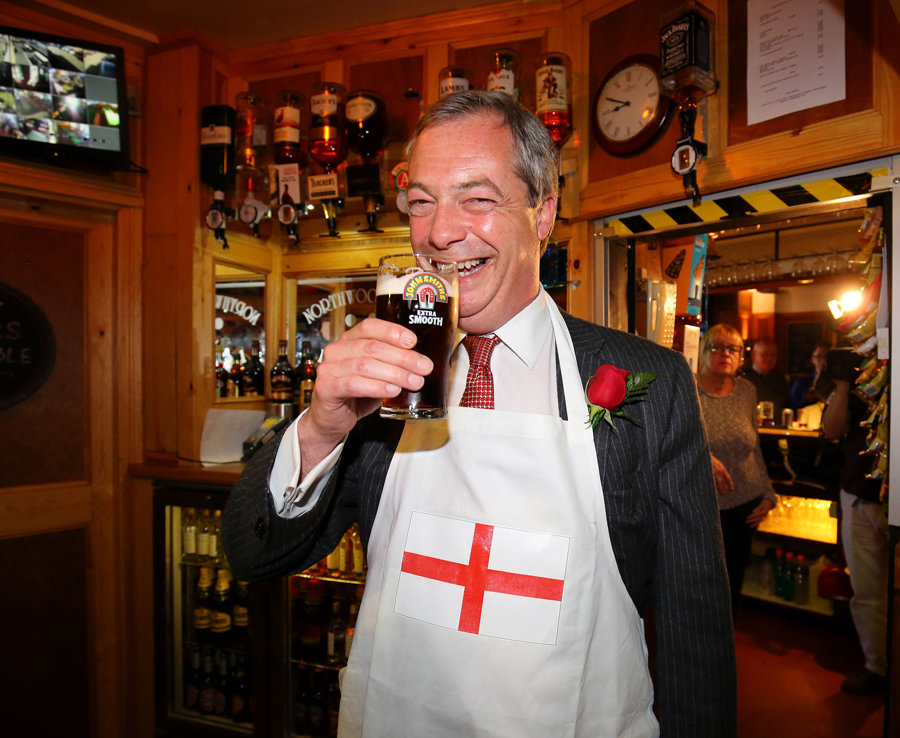 PA Archive/PA Images Drinking a beer while adorned with the St George's Cross at the Northwood Club in Ramsgate, Kent

Ukip has now gone through four leaders in the past 18 months.

Bolton was shouted at and heckled as the votes were counted on stage.

Asked if he would survive as leader before the meeting, Bolton replied “we’ll see, won’t we” and insisted he was “quietly confident”. 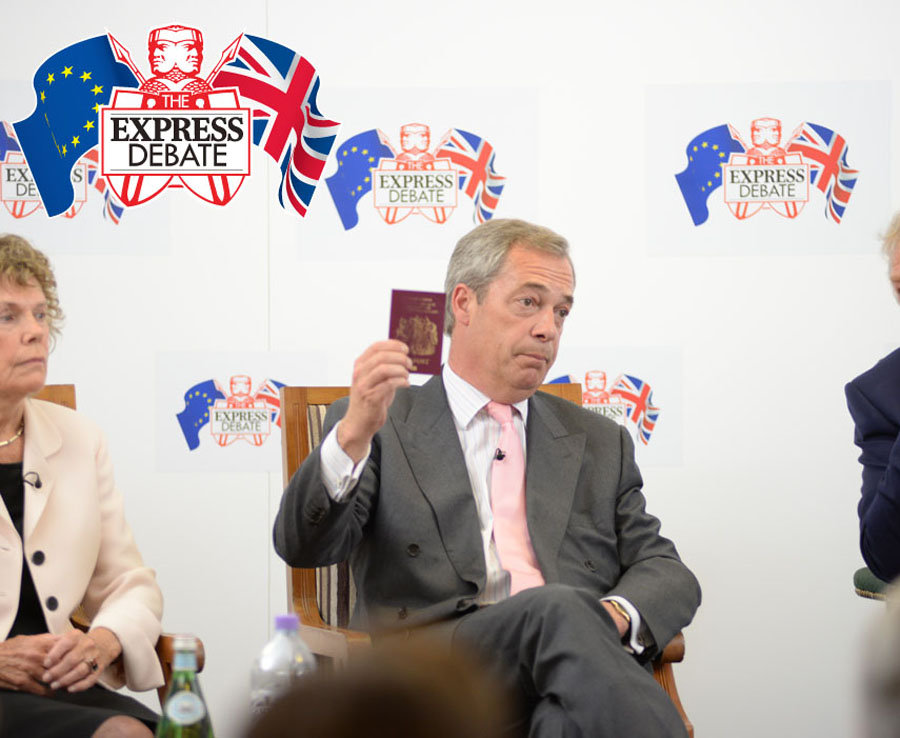 Nigel Farage had given the Ukip leader his last-minute backing and said the alternative was “for the party to carry on down the path of self-destruction into irrelevance”.

The party has slumped from almost four million votes under Farage in 2015 to fewer than 600,000 last year.

He and former Ukip donor Aaron Banks have discussed “at length” a new political enterprise, The Guardian reports.

MEP Gerard Batten, 63, has been installed as the party's interim leader.