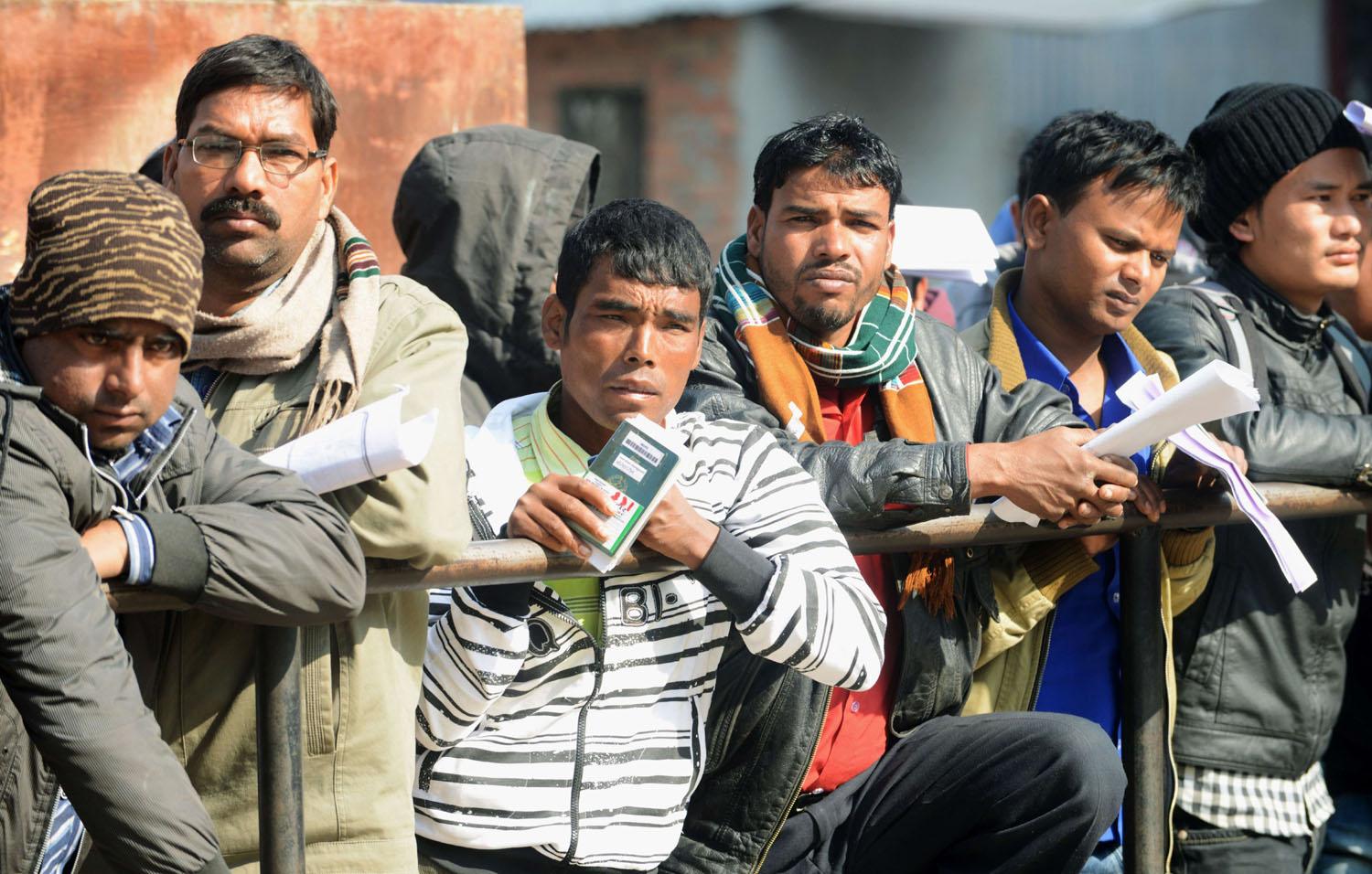 Although Nepali workers returning home without salary, bonus and other company benefits has been common for years, the issue of wage theft came to the fore after the pandemic, the Kathmandu Post said.

According to migrant rights activists, wage theft can be conceived as an amalgamation of a number of different types of labor rights abuses and occurs when the worker is not paid as per the law, the newspaper said.

According to the Pravasi Nepali Coordination Committee (PNCC), a group working for the welfare of migrant workers, 720 cases of wage theft involving Nepalis have been recorded in various labour destinations since the start of the pandemic.

These employers owe the victimised workers around Rs 4 million, according to the committee.

“Although Nepali workers have been facing the issue of non-payment of wages for several years, the pandemic exacerbated the situation,” Som Prasad Lamichhane, executive director of the committee told the Post.

According to the commission’s statistics, the largest number of wage theft incidents were reported in Saudi Arabia (157), followed by Bahrain (134), Malaysia (58) and the UAE (17).

Lamichhane told the Post that these cases were documented by the committee’s outreach coordinators and volunteers in Nepal and labour destination countries, migrant workers themselves who came in contact with the committee, its rescue units and shelter teams.

“But the actual numbers could well be beyond the figures we have compiled from our resources and migrant workers who reached out to us,” Lamichhane told the newspaper.

“If a worker suffers wage theft that means the main objective of their decision to migrate is not fulfilled and it can have long-term impacts on them and their families.”

When the coronavirus crept into Nepalis’ foreign job destinations, tens of thousands of workers, who struggled for their safety and to meet basic needs for several months, were rendered jobless and suffered pay cuts, the newspaper said.

Many had to return home empty-handed after their contracts were terminated or the companies refused to pay them, the Post said.

The directive had also mandated the Nepali missions in labour destination countries to ensure that workers were paid their dues before they boarded their flight.

However, a majority of workers who have returned home since the Covid-19 pandemic were not only unpaid but also uncompensated as they had bought the tickets themselves, the Post said.

The hasty exit from labour destinations meant they had to leave behind everything.

Migrant workers’ homecoming, which means they bring back remittances and valuable luxury items for families back home, turned into empty-handed showing up.

It’s not only that workers were denied their remunerations.

Many had to even return home even before the expiry of their job contracts for which they had invested tens of thousands of rupees often taken at exorbitant interest rates. Such a sudden exit meant they would be burdened with debts.