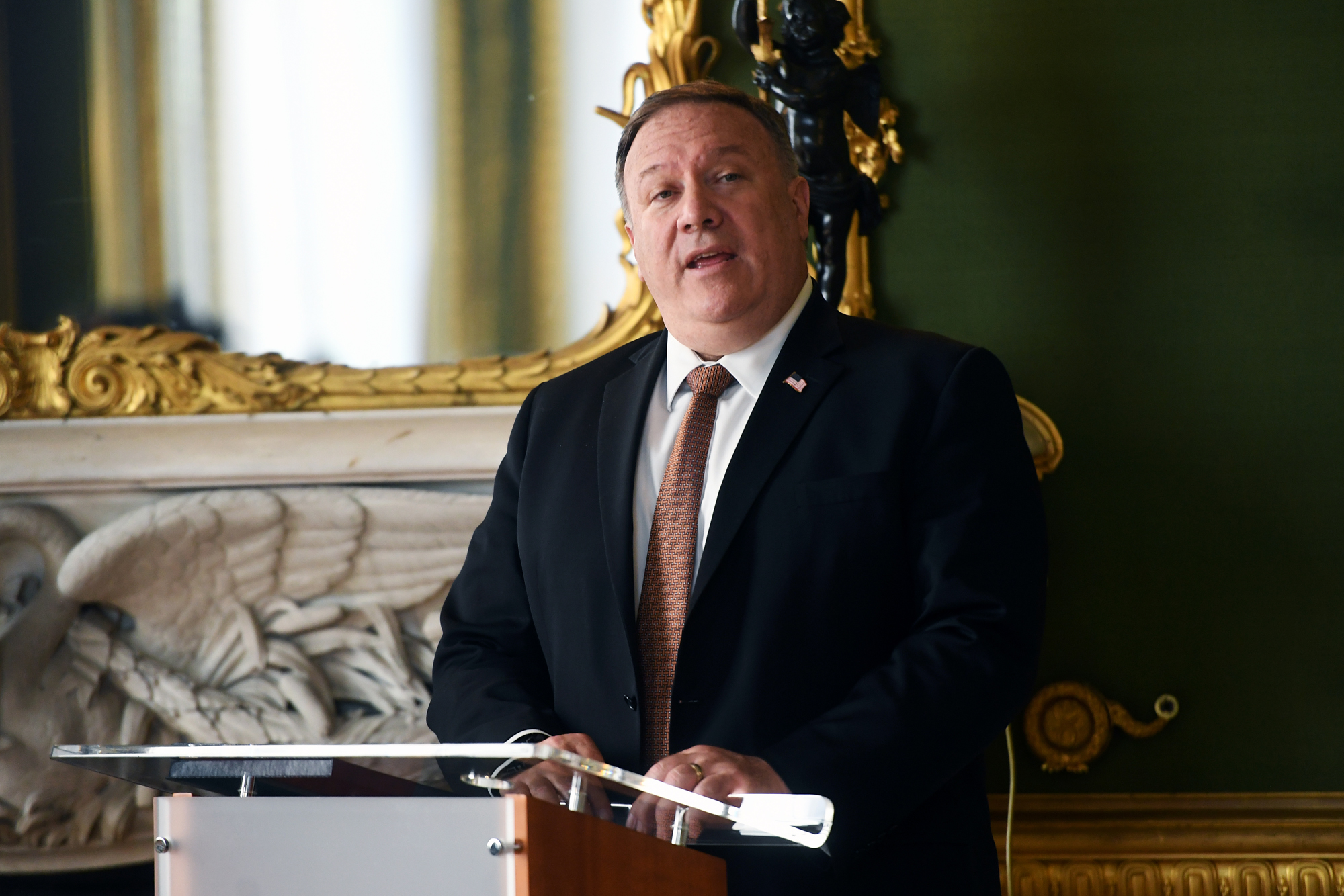 But Pompeo lashed China — repeatedly referring directly to the Chinese Communist Party. “We of course began with the challenge presented by the Chinese Communist Party and the COVID-19 virus that originated in Wuhan, China,” he said. “The CCPs exploitation of this disaster to further its own interests has been disgraceful. Rather than helping the world, General Secretary Xi has shown the world the partys true face.”

Pompeo said China had “crushed freedoms” in Hong Kong and was seeking to “bully its neighbors” in Asia.

The U.K. has followed Washingtons lead in recent weeks and has taken a harder line against Beijing, u-turning on its decision to allow Chinese tech firm Huawei involvement in the British 5G network and suspending its extradition agreement and arms exports to Hong Kong.