Gove, 51, who is one of the favourites to replace Theresa May as Conservative Party leader, said he deeply regretted taking the Class A drug.

The Environment Secretary said hadn't taken the banned substance for more than 20 years, since working as a journalist.

He admitted taking cocaine on "several social occasions", but said his past mistakes shouldn't be held against him.

It comes ahead of a book being published about Gove by political journalist Owen Bennett which delves into his past.

In the book – Michael Gove: A Man in a Hurry – it claims the Environment Secretary admitted using cocaine when asked by advisers during the 2016 Tory leadership contest to replace David Cameron. 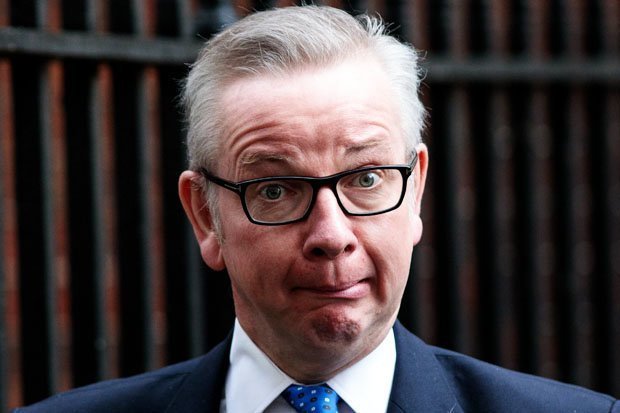 RIVALS: Gove and Boris Johnson are the favourites to succeed Theresa May as Prime Minister (Pic: GETTY)

RESIGNATION: Theresa May is stepping down as Tory leader after terrible local election results (Pic: PA)

Gove told the Daily Mail: "I took drugs on several occasions at social events more than 20 years ago. At the time I was a young journalist.

"It was a mistake. I look back and think, I wish I hadn't done that."

But he insisted "it was 20 years ago and yes, it was a mistake. But I don't believe that past mistakes disqualify you."

In Bennett's book, it's claimed Gove confessed to using cocaine while being "put through his paces" by advisers trying to predict what questions he could be asked by journalists.

“I look back and think, I wish I hadn't done that”

An inside source said Gove, when asked if he had ever taken drugs, replied: "Yes, cocaine".

The book says Gove was told not to give that answer in public, and instead to use David Cameron's line that politicians are entitled to a private life before going into politics.

In the end, Gove was never asked the question and withdrew from the contest after being beaten by May in the second round.

The revelations come ahead of next week's Tory leadership ballot of MPs — expected to come down to a contest between Gove and Johnson.

CONFIDENT: Gove insisted his past 'mistakes' shouldn't rule him out as PM (Pic: REUTERS)