German Chancellor Angela Merkel is under growing pressure to change her approach toward Chinese telecommunications vendor Huawei and restrict its involvement in the countrys 5G network.

Ahead of a conference of her Christian Democratic Union (CDU) starting Friday in Leipzig, party members have drafted three motions that seek to directly or indirectly ban Huawei from Germanys next generation telecom network, according to details viewed by POLITICO.

Meanwhile Foreign Minister Heiko Maas, from Merkels governing partner the Social Democratic Party (SPD), on Wednesday told German newspaper Handelsblatt that “when it comes to the security of critical infrastructure in our country, we cannot afford to ignore the political and legal realities to which a supplier is subject.”

Merkel has so far rejected calls for a tougher stance toward Huawei, and has also declined to give lawmakers in the Bundestag a say on the countrys planned 5G expansion.

But the fresh interventions raise the stakes if she continues to ignore her critics. They argue Huawei is a security risk because it operates under the influence of the Chinese government, meaning Beijing could potentially access Germanys 5G network through a backdoor.

“When it comes to the security of critical infrastructure in our country, we cannot afford to ignore the political and legal realities to which a supplier is subject.” — German Foreign Minister Heiko Maas

Senior CDU lawmaker Norbert Röttgen, the chair of the Bundestags foreign affairs committee, last week said Merkel was reluctant to take a tougher approach out of “fear of economic retaliation” by China, which is an important export market for German cars and machines.

China, via its Chamber of Commerce to Germany, warned in a statement that a “politically motivated” exclusion of Huawei would have a “highly negative impact on future economic cooperation between Germany and China.”

The most prominent motion to be presented at the CDU party conference, put forward by Röttgen, demands that the German parliament must have a say on the security requirements for companies that want to equip the 5G infrastructure.

His text “calls on the federal government to act swiftly and to introduce a bill in the German Bundestag that clarifies which security and trustworthiness requirements telecommunications suppliers must meet in order to be allowed to participate in the 5G network expansion in Germany,” according to a copy seen by POLITICO. 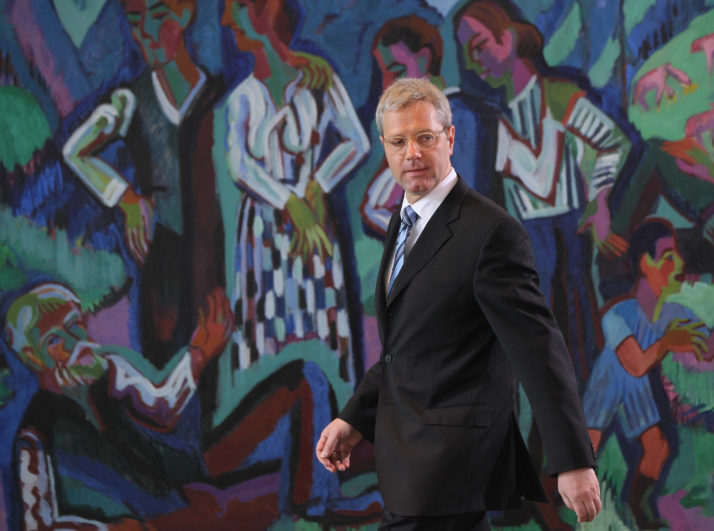 “Only equipment suppliers who are not under the influencRead More – Source