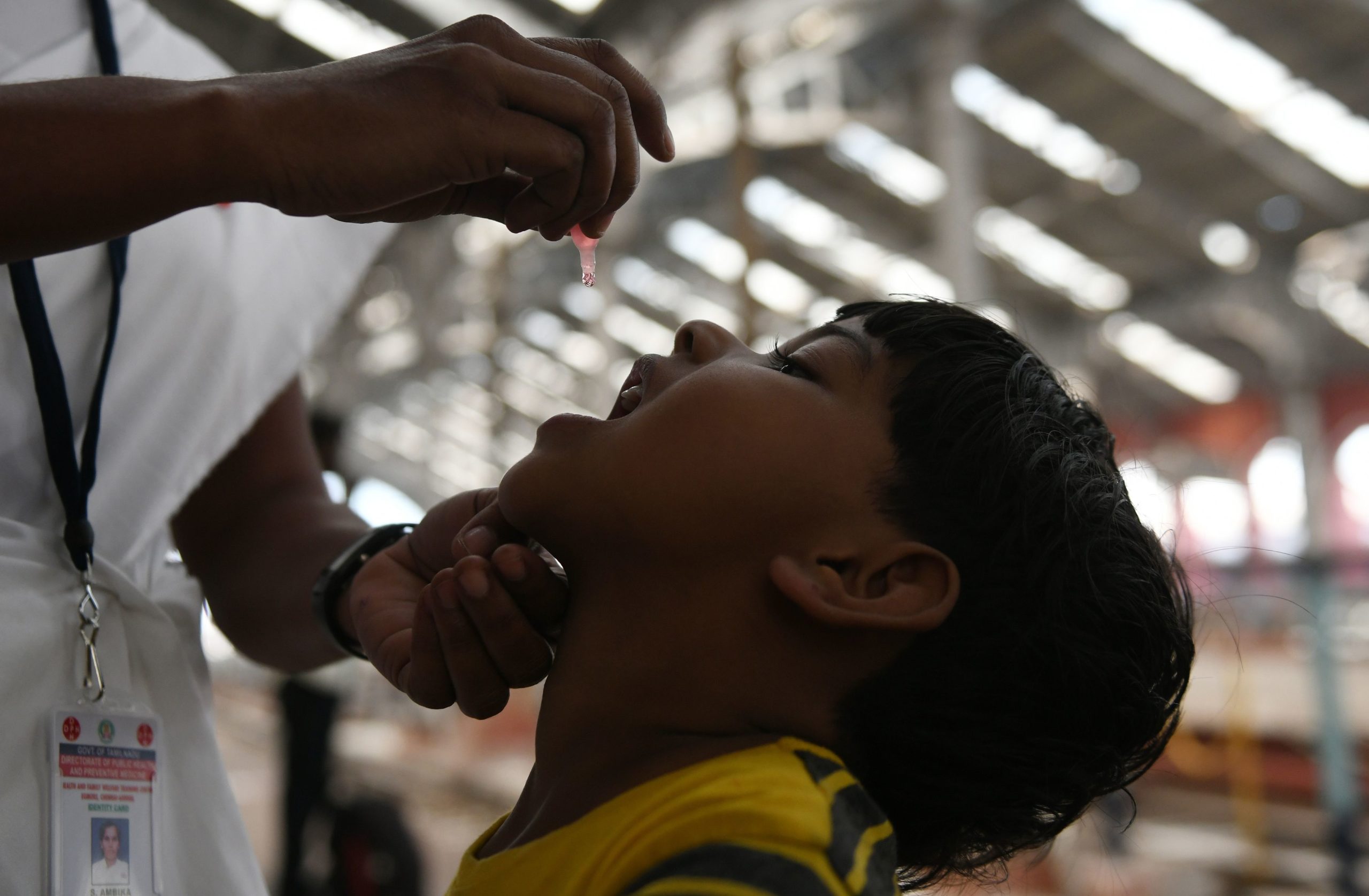 Adar Poonawalla may be the most important figure in the global vaccine race who isnt working in a laboratory: The Indian vaccine entrepreneur plans to save the world from coronavirus — and then radically remake the international pharma landscape.

The globe-trotting, deal-making son of Dr. Cyrus Poonawalla — an Indian billionaire who founded the Serum Institute of India on his horse farm 54 years ago — is one of the breakout figures of the coronavirus fight, strategizing from the Indian city of Pune to bring the same low-cost efficiency with which he makes 1.5 billion vaccine doses a year for the developing world into mass-producing a coronavirus vaccine for the entire world.

Little known in the West until this year, Poonawallas company is, by doses sold, the worlds biggest vaccine manufacturer, making protections against diseases including meningitis, measles and tetanus. Now, with rich and poor countries alike hungry for huge volumes of a vaccine to treat the novel coronavirus, hes on a mad dash to work out deals with the most promising coronavirus vaccine developers to manufacture the immunizations on a global scale.

He sees a chance to make it even bigger. But that also means achieving his long-sought goal of barreling past the patent protections and monopoly rights that have long blocked inexpensive copycat vaccines from the U.S. and European markets, protections jealously guarded by Big Pharma.

Poonawalla believes that the sheer urgency of the virus – and the fact that coronavirus anywhere is a threat to people everywhere – should prompt a reassessment of patent and intellectual property laws that limit access to immunizations in the developing world, while simultaneously jacking up their price in wealthier countries.

“Thats become very evident today in the COVID crisis,” Poonawalla said in a POLITICO interview. “If you dont allow, for example, an Indian producer to sell in the U.S. because of some stupid rules and regulations, even though the product is identical to a U.S. product, youre going to have a supply situation.”

“And guess what,” he continued. “When youve got low supply and high demand, what happens to the price? It skyrockets.”

Right now, Poonawalla is also ramping up his cooperation with brand name pharma companies, inking a deal with AstraZeneca to produce a billion doses of its experimental coronavirus vaccine, earmarked for developing countries. Its one of five coronavirus immunizations the Indian company is working on to provide COVID-19 protections on a global scale — three are partnerships to manufacture vaccines conceived by other companies, while two are in-house formulas.

The Serum Institutes specialty is mass producing millions of doses of vaccines, often churning out medically comparable knockoffs of brand name products at a fraction of the cost, for sale in the worlds poorest countries. In the case of AstraZeneca, the deal is to use Poonawallas production facilities to manufacture coronavirus immunizations for use, if approved, in India and poorer nations. AstraZeneca, meanwhile, has signed agreements with the U.S., U.K. and EU countries to set aside hundreds of millions of doses for their citizens. For now, AstraZeneca is promising to sell the shots at cost, about $2 a dose. But after the pandemic is over, all bets are off. (The British-Swedish multinational did not respond to requests for an interview about the Serum Institute.)

But Poonawalla also wants to pressure companies and governments to start changing the landscape, using the moral example of COVID-19 – and the global need for inexpensive vaccines on a massive scale – to illustrate the flaws in the current system, which he believes hampers the availability of life-saving protections in the developing world and access to low-cost drugs in wealthier countries.

Poonawalla says hes in talks with Washington about clearing the way to sell some of the earlier vaccine products in the U.S. market as low-cost generics. In President Donald Trump, he sees an ally in dismantling regulatory blockades.

“I think thatll be one of the good things that [Trump] might actually achieve if that goes well,” Poonawalla said.

In doing so, Poonawalla faces a big hurdle: The U.S. pharma industry, which has strong allies on both sides of the aisle in Congress, has successfully resisted most efforts to loosen patent and importation rules, and so far the Trump administrations promises to allow cheaper drugs to be reimported from Canada have gone nowhere.

Poonawalla cites Bill Gates as his mentor, for his work helping bring affordable drugs to poor countries. The Microsoft moguls charity has pumped cash into the Serum Institute, crediting the company with helping eliminate meningitis in hard-hit parts of Africa. But Gates, through his charity and Microsoft, has been a staunch defender of intellectual property rights, saying that charging higher prices in the Western world is the key to delivering low-cost protections in the developing world. (The Bill and Melinda Gates Foundation declined to discuss the Serum Institute beyond providing a list of their collaborations.)

“We fund research and we actually ourselves or our partners create intellectual property so that anything that is invented with our foundation money that goes to richer countries, were actually getting a return on that money,” Gates said in 2011. “By doing that we have more money to devote for research into neglected diseases and the diseases of the poor.” 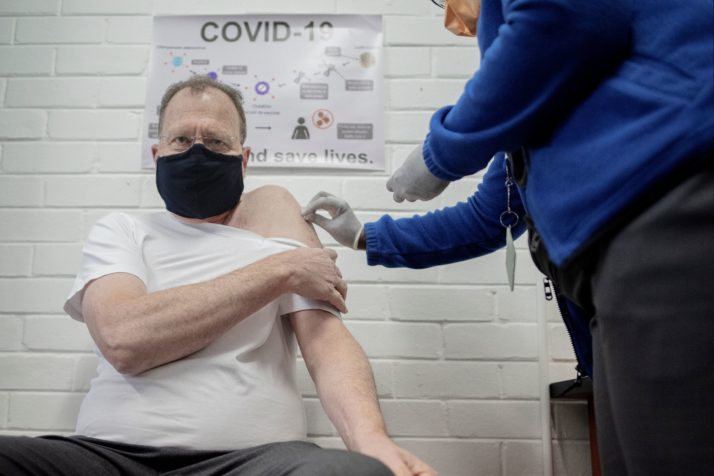 The U.S. drugmakers lobby is also adamant in opposing Poonawallas call for reforms to patent laws and protections for intellectual property, which give companies sole control over the scientific products they develop, in some cases for decades.

“Our IP system — including patents — promotes competition and is the foundation for new treatments, vaccines and cures for patients,” said a spokesman for PhRMA, the U.S. drugmakers lobby, in a statement to POLITICO. “Many of the medicines being tested for COVID-19 exist today because of intellectual property and other incentives that drove their creation and development.”

The statement was blunt about what the big drug companies believe would happen if their protections lapsed: “Drastic and uncoordinated action by governments — like seizing patents — will further burden manufacturing infrastructure, divert resources and leave patients now and tomorrow worse off.”

Inequality of health care was the moral force behind the creation of the Serum Institute; it grew out of Poonawallas fathers conviction that poor children across India and Africa were dying in the millions of preventable diseases, mainly because the research advances of the West had yet to reach them.

It was the early 1960s and, in his early 20s, Cyrus Poonawalla determined that his familys decades-old stud farm had “no future in the socialist India of the time,” according to a biography on his website.

He fiddled with trying to design a sports car, before opting to revert back to a more literal type of horsepower: The Poonawalla Stud Farms had been donating horses to a government-owned institute in Mumbai for serum. Creating whats known as passive immunity, serum purified from horse blood can be used to give people the antibodies necessary to fight off some diseases.

The elder Poonawalla started making tetanus serums in-house. Eventually, he moved on to tetanus and measles vaccines, of which there were major shortages around India and Africa at the time, his son recounted.

The Serum Institute is a stalwart supplier, pumping out four in 10 of the vaccines funded by Gavi

Today, the Serum Institute sells about 1.5 billion doses of a wide array of vaccines a year to 170 countries. A good portion of that volume is thanks to Gavi, the Vaccine Alliance, the public-private partnership that Gates founded 20 years ago. It uses donor money to help buy vaccines in bulk for poor countries that likely couldnt afford them even at a few dollars a dose.

When Gavi first launched, Big Pharma was dropping out of the vaccine business.

“It had become unprofitable because it was only the wealthy Western markets that were … willing to pay what they were worth,” said Dominic Hein, Gavis head of market shaping. 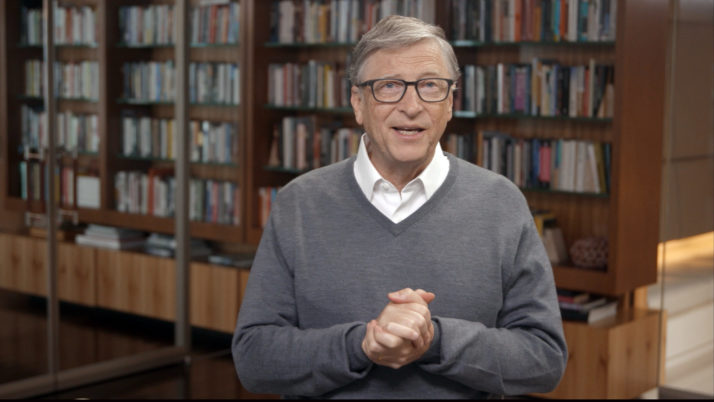 Today, the partnership helps poorer countries pay for immunizations that meet the World Health Organizations quality standards. The Serum Institute is a stalwart supplier, pumping out four in 10 of the vaccines funded by Gavi. It was “the pioneer of low-cost, high quality vaccine-making,” Hein said.

The partnership with Gates has boosted the companys position in the health care world — and helped it reach new levels of profitability — even if people still sometimes scratch their heads when they hear the name Serum Institute of India.

“Well have to change the name to describe exactly what were doing,” mused Adar Poonawalla, who took over in 2011 as CEO of the company, which is still privately listed. “Maybe in a year or two well look at that.”

For all their work on behalf of the masses, the Poonawallas are indisputably rich and like to show it off.

Adar, who along with his glamorous, Bollywood-linked wife Natasha has become popular fodder for the sub-Continents tabloids, told GQ India that under normal circumstances hed be in Cannes, on a yacht, this summer. Instead, hes near the companys headquarters in Pune, where one of his offices is a refurbished A320 jet. Pune is the eighth-most populous city in India, and it happens to be in the midst of a serious coronavirus outbreak.

“In terms of public perception, weve been known more for our lifestyle; now people understand the work we do,” he acknowledged to the mens glossy, which featured him on the cover of its June issue as the “Vaccine Vanguard.”

Once the Serum Institute has produced a quality version of the same vaccine created by Big Pharma, it is able to manufacture huge numbers of doses quickly and inexpensively.

Indeed, the company estimates that 65 percent of the worlds children receive at least one vaccine made by the Serum Institute.

Some of its products were designed specifically for the needs of poor countries. For example, its oral rotavirus vaccine is heat-stable, so it doesnt have to be kept cold as its distributed in countries without consistent electricity.

But some other products it makes are variants of breakthroughs that were achieved by the global drug giants collectively known as Big Pharma. These, Poonawalla said, could be sold for much less than what Americans and Europeans pay for them.

Cheaper production costs in India are part of what Poonawalla says is the Serum Institutes advantage over big Western players like Sanofi and GlaxoSmithKline. Yet the Serum Institute has never created a first-of-a-kind vaccine — meaning its entire business model is based on having its scientists piggyback on the basic research of other companies to understand a disease and the bodys immune response. 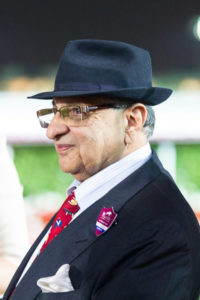 Once the Serum Institute has produced a quality version of the same vaccine created by Big Pharma, it is able to manufacture huge numbers of doses quickly and inexpensively. The benefit to people around the world is a matter of “basic mathematics,” said Poonawalla. “Once you produce more than 100, 200 million doses of any product, you know the costs come down substantially.”

Yet regulations have made it hard for the Serum Institute to enter wealthy markets. This is not because the company cant meet quality standards, he said, but because Western regulatory systems preserve patent protections for vaccines in complicated ways.