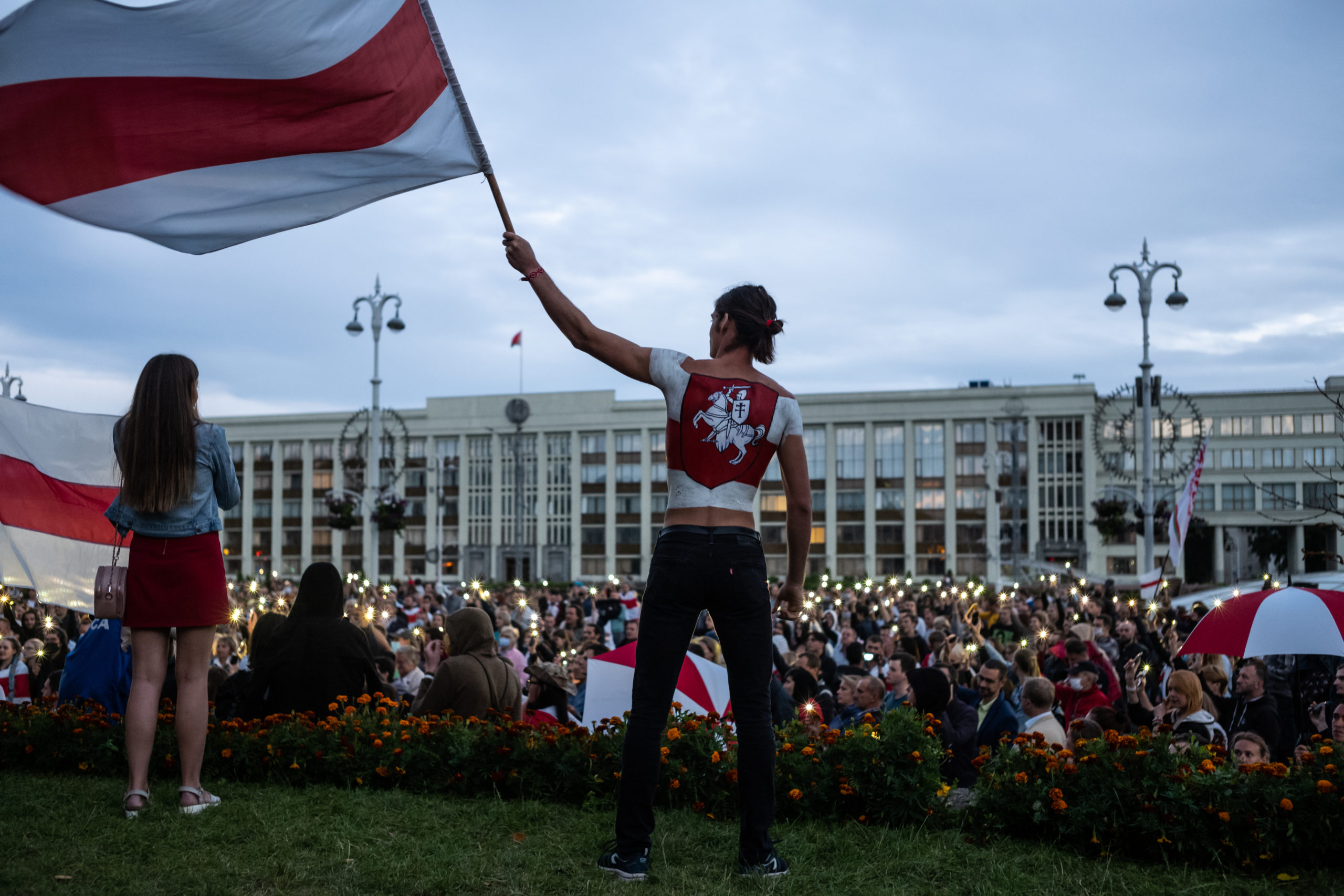 Theres an outside force helping the thousands of people protesting the authoritarian rule of Alexander Lukashenko in Belarus: a 22-year-old Belarusian blogger holed up in Warsaw.

Since the beginning of the month, Stsiapan Sviatlou and his Nexta Live channel have been passing information, posting films and stories about the protests and coordinating demonstrations across Belarus from the Polish capital through the Telegram messenger application.

“We just have to do it because no one but us would do this. No one would do this because if they were in Belarus, theyd immediately be arrested. Other people outside Belarus dont have such channels, big sites to show things on such a big scale,” Sviatlou told POLITICO by phone.

Thats giving the largely leaderless opposition movement in Belarus organization and focus that it cant get in the country. Lukashenkos regime has arrested many opposition leaders and hounded Svetlana Tikhanovskaya, the likely winner of the August 9 election, out of Belarus. Its played havoc with the internet, and local television is a propaganda arm of the government — its ranks recently beefed up by Russian “journalists” after some of the Belarusian staff went on strike.

But the government hasnt been able to shut down Nexta, largely because Sviatlou uses Telegram, a cloud-based encrypted messaging application created by two Russian engineers.

Thats become the favored way of organizing the massive protests that have shaken Lukashenkos hold on power.

A posting on Nexta gave precise directions for protesters ahead of demonstrations on August 25, Belarus independence day. At 10 a.m. they were to gather before the Investigative Committee (the countrys top law enforcement agency). At 6 p.m., “We gather at Independence Square and celebrate a historic date in the life of our country.”

“Always remain level-headed! Read the news on the internet and in Telegram channels, watch state television, which is being bashed now, and compare. Compare and think!” the president told his supporters.

Hes denounced opposition information as “fake news” and warned people of the consequences of listening to outside voices.

“Today you should use your brains instead of your smartphones. Think! Tell everyone that no one will try to persuade anyone. This is it. You are approaching a red line. If you cross it, you will face the consequences. If you take to the streets, we will handle it. If you start crushing things, you will be brought to account,” he said.

But those threats arent swaying Sviatlou, who has experience with needling his countrys authoritarian government.

Sviatlou came to Poland in 2015 to study TV and film production at university in Katowice in the south of the country. He started Nexta — which means “somebody” in Belarusian — as a music YouTube channel, which he turned into a news medium to post information about the Lukashenko regime.

Last year, he posted an hour-long film detailing Lukashenkos grubby rise to power in 1994 and how hes held on since.

“The curves of the secret paths that brought the little-known chairman of the collective farm to power. Meet 60 minutes of truth, about which many of you have not yet known,” said Sviatlous announcement. The film has been viewed more than 3 million times.

In 2018, the Belarusian state attempted to shut down his YouTube profile — thats when he decided to move his subscribers and his content to Telegram.

That was a key decision in the context of this months protests. Telegram, unlike other social media channels such as Whatsapp, Facebook or Instagram and independent news websites, turned out to be at least partially resistant to government-imposed internet blackouts. One of the apps creators, Pavel Durov, who is himself exiled from Russia, said on Twitter that the company “enabled anti-censorship tools” for the app to run.

“We often remain the only source of information on whats going on in the country,” Sviatlou said.

That put Nexta in a very good position when a wave of protests broke out immediately after polls closed on August 9.

Sviatlou said that at the beginning of the protests, Nexta started as an information tool and a news medium — although its not a traditional news operation.

Sviatlous headquarters is the Belarusian House — a building in central Warsaws government district.

“Id never thought it would come to this, that theyd shoot at peaceful people,” Sviatlou said of the violent crackdown. “After receiving each of these videos, I thought we wouldnt get more of this brutality. But with every new video, I saw that Id been mistaken and that the authorities dont have any boundaries to beat their people, to shoot at them.”

Nexta quickly took up a coordinating role: it sent announcements about upcoming protests, maps of demonstrations, instructions on how to get around internet blocks, how to share Wi-Fi, calls for help and contacts to lawyers. The channel has more than 2 million followeRead More – Source