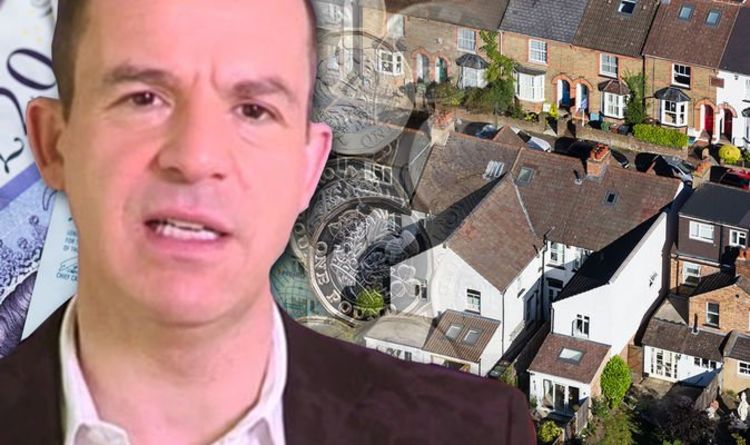 Martin Lewis, perhaps best known for his work through MoneySavingExpert, has highlighted the issue of mortgage prisoners, with the site campaigning to help these individuals since 2015. Mortgage prisoners are described as those unable to leave current lenders through no fault of their own. This often occurs when lenders become inactive, or are no longer authorised to offer new products.

As a result, many Britons have been forced to reckon with higher rates, as they fail to meet stricter borrowing criteria which was brought in following the financial crash in 2008.

And, following a recent campaign, spearheaded by MoneySavingExpert, four lenders have now adopted these modified assessments.

The first, West Brom Building Society, has now stated transfers have been completed for “a handful” of mortgage prisoners – the first to be freed under these new arrangements.

Mr Latimer had taken out an interest-only mortgage with Northern Rock in 2001, but when the bank collapsed, his mortgage was sold on to a firm named Cerberus.

However, he then faced challenging circumstances in securing another mortgage, partly due to the fact he and his wife’s joint income was too low to pass affordability checks.

The matter was compounded by the fact Mr Latimer was set to turn 65 before the end of his term.

The Briton was freed, however, by a transfer to a West Brom mortgage, which slashed his interest rate from 4.59 percent to 1.84 percent, on a two-year fixed-rate interest-only deal.

Such an arrangement halved his payments from £886 to just £401 per month instantaneously.

Mr Latimer discussed his circumstances, describing how he had been “passed round like a parcel” by whoever was in charge of his mortgage at the time, and unable to switch deals.

He added: “Before this saving for me and my wife, the freedom to do what we wanted with our money was gone.

“Banks and building societies can do what they can to help – as West Brom has done – but it’s a sticking plaster. There needs to be big change, and the Treasury needs to face up to the problem.”

Recently, a landmark report on mortgage prisoners published by the London School of Economics (LSE), revealed the extent of the issue.

The report highlighted the need to take action for 250,000 people trapped in a mortgage which is unaffordable.

The research, which was also commissioned by MoneySavingExpert.com, showed mortgage prisoners are up to 40 percent more likely to default due to coronavirus, when compared to other borrowers.

Martin Lewis, founder of MoneySavingExpert.com, commented on the matter, stating: “Maurice’s tale brought a big smile to my face. For years we pounded at the doors of politicians and regulators to tell them that remortgaging affordability criteria were simply illogical and unfair.

“These meant some people who were meeting current repayments, but wanted to shift to a lower rate were nonsensically having to be rejected and told ‘you can’t afford a cheaper deal’.

“Finally, in 2019, the regulator changed the rules so lenders no longer needed to operate this way.

“Most sadly haven’t changed yet, but this West Brom mortgage was among the first, launching a few months ago, and Maurice’s story viscerally shows the impact – of course, cheaper rates mean there’s less risk of default for lenders too.

“While this is good news, it’s no silver bullet. This is just one small change needed to help the 250,000 mortgage prisoners. It won’t help most.

“These prisoners are the forgotten victims of the last financial crash. While the government bailed out the banks, mortgage prisoners were unfairly left behind in financial misery.”

The Treasury recently said it was committed to working with the industry to find a solution for those unable to switch their mortgage arrangement.

It has said it will look for practical solutions to help borrowers who are struggling.

In this article:Martin Lewis, Mortgage