More than half of Russian citizens approve of a separate internet for the BRICS economic bloc, saying that the idea could boost the security of users’ personal data and help counter hostile propaganda.

According to research released by the state-run polling agency VTSIOM on Monday, the idea of a separate internet for BRICS nations – an economic and political bloc comprised of Brazil, Russia, India, China and South Africa – is supported by 58 percent of Russians. Twenty-nine percent of respondents said they were against the idea.

The proponents said that it could help protect ordinary citizens from hack attacks and boost data security in general, and also reduce the amount of harmful foreign propaganda for ordinary Russians. Those who said that they did not like the idea of an independent internet for BRICS said they expected the government to impose excessive restrictions on web content.

At the same time, 23 percent of respondents said that they would back the initiative to launch a separate internet for the Russian Federation alone. Thirty percent of Russians said that their country could have a united internet with Belarus and 24 percent said that the project could include Kazakhstan. 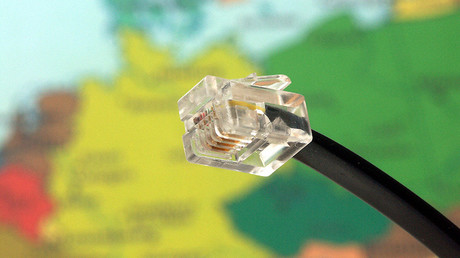 In November last year, Russia’s top consultative body on national security, the Security Council, addressed the government with a formal request to develop an independent internet infrastructure for BRICS nations, which would continue to work in the event of global internet malfunctions. In particular, security officials wanted to launch a separate backup system of Domain Name Servers (DNS), which would not be subject to control by international organizations.

According to press reports, President Vladimir Putin has personally set a deadline of August 1, 2018 for the completion of the task.

At the same time, Russian officials have consistently dismissed rumors that they are considering disconnecting the country from the global internet.

In 2014, Putin’s press secretary, Dmitry Peskov, said that “Russia’s disconnection from the global internet is of course out of the question,” but noted that Russian authorities had to be prepared for potential hostile actions of Western governments and special services.

“We all know who the chief administrator of the global internet is. And due to its volatility, we have to think about how to ensure our national security,” Peskov said. It’s not about disconnecting Russia from the world wide web, he added, but about “protecting it from possible external influence.”