Two thirds of Russians have a positive opinion of the country’s special services, and almost half sa..

Two thirds of Russians have a positive opinion of the country’s special services, and almost half said that working for the state security services would improve their overall impression of a person, a recent poll has shown.

When researchers asked ordinary Russians what they see as the principle role of the special services, 27 percent cited the protection of the nation from external threats, 13 percent mentioned the security of ordinary citizens, and 7 percent said that security agencies had to prevent terrorist attacks and maintain order in the country. 35 percent of those surveyed provided no response. 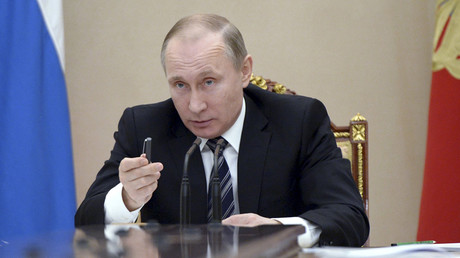 When researchers asked respondents to list the typical traits of a special services agent, among the answers provided were honesty and adherence to principles, responsibility and seriousness, courage and self-sacrifice, patriotism, calmness and strong will.

A total of 47 percent of those polled said that it would improve their opinion of a person if they learned that he or she had experience in the special services. 40 percent said this fact would not affect their opinion, and 5 percent said their attitude would seriously deteriorate due to such information.

A separate poll conducted in 2016 after a string of terrorist attacks in Belgium showed that the proportion of Russian citizens who feared terrorist attacks had increased, but also that people had more confidence in the ability of the special services to protect them. Back then, the share of citizens who believed that Russia’s special services could successfully counter terrorist actions increased to 59 percent from 35 percent during the previous year. 26 percent of respondents said they did not see the anti-terrorist services as capable, while 15 percent found the question too complicated to answer.