Its been two weeks since the French presidents nominee for European commissioner, Sylvie Goulard, was rejected by the European Parliament and he still hasnt nominated a replacement.

The official line out of the Elysée is that before Macron nominates a new candidate, he wants assurances that the next European Commission led by Ursula von der Leyen has the backing of a stable majority in the European Parliament. French officials expect an announcement around the end of this week.

For all his grand ambitions to overhaul the European Union, the longer Macron waits to announce his new nominee, the more obvious his dearth of talent to carry out that vision becomes.

Having conquered power without an established party, hes been plagued by difficulties in finding people with the requisite competence and political experience — whether to run as candidates for the European Parliament election in May, or to fill other important jobs in the next Commission.

Officials in Macrons entourage said he has not made a final decision, and discussions continue.

“So far, all the negotiations on Cabinet appointments are done without the French,” said a high-level French official with deep knowledge of the EU —­ despite one of them being set to join von der Leyens cabinet. “The French candidates feel completely ignored or left out. There is a lot of discontent.”

The Elysée is keeping a tight lid on possible nominees for the commissioner post, with only a handful of people involved in the deliberations, including von der Leyen. But two guiding principles frame the search this time around, according to three French officials:

— The portfolio: Macron is adamant about preserving the immense portfolio he negotiated for Frances commissioner, spanning the internal market, defense and digital issues. So the candidate must have the right experience and credibility to take on that role.

— Parliaments backing: Macron doesnt want to risk a second rejection. He wants to be sure his candidate will win confirmation in the European Parliament.

Although von der Leyen has emphasized the importance of a gender-balanced Commission, nominating a woman will not be a priority this time, the officials said.

Officials in Macrons entourage said he has not made a final decision, and discussions continue. He is believed to be considering up to five potential candidates. Here are the most prominent names being discussed or floated by French and EU officials. 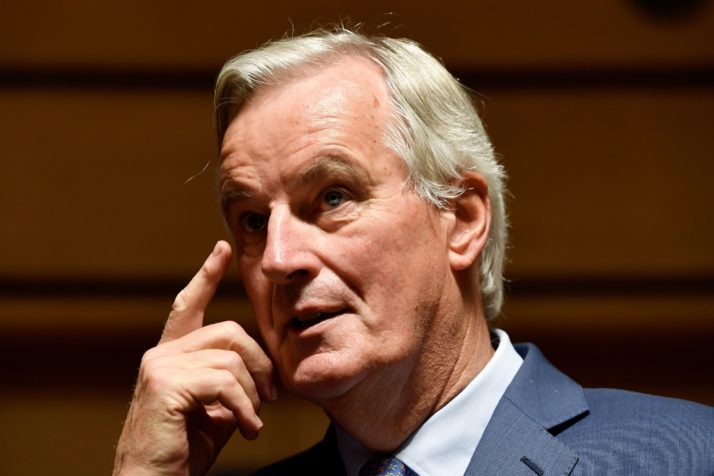 The EUs Brexit negotiator meets Macrons two key criteria. “Such a portfolio would be tailor-made for Barnier, who has been a single market commissioner and Junckers special adviser on defense,” a European Commission official said. “In the European Parliament, he can easily gather a majority.” Barnier has also won widespread praise for steering the European ship through three years of Brexit negotiations, while maintaining the unity of the 27 remaining member states.

But he is a 69-year-old man who has been in Brussels for a long time, which goes against Macrons desire to infuse the EU with new blood. And he is a member of the conservative European Peoples Party (EPP), rather than Macrons centrist Renew Europe bloc. The French president is unlikely to want to do the EPP any favors as it played the leading role in sinking Goulards candidacy.

The woman in the wings: Laurence Boone 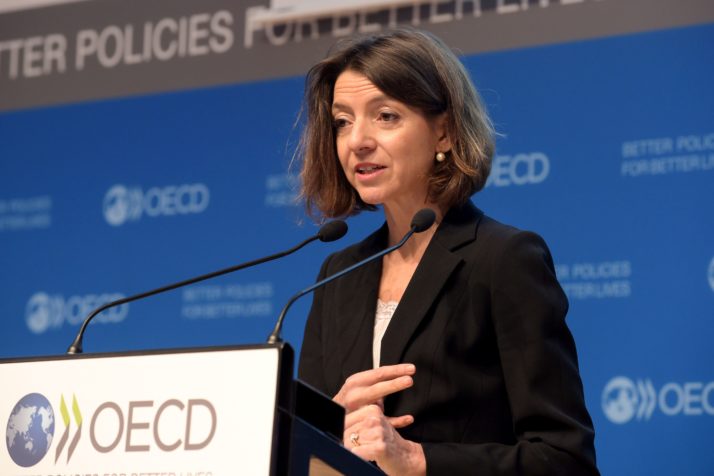 Boone has bags of economic policy experience, making her well qualified at least for the single market part of the portfolio. She is currently chief economist at the Organisation for Economic Co-operation and Development (OECD). She handled the Greek eurozone crisis of 2015 while a special adviser and G20 sherpa to then-President François Hollande — taking over from none other than Macron himself in that post. She also has private sector experience, having worked for financial giants like Merrill Lynch and AXA. She is highly regarded by some officials close to Macron.

However, Boone has never held executive public office nor has she been a front-line politician. She also seems happy where she is, calling her OECD post a “super job.” 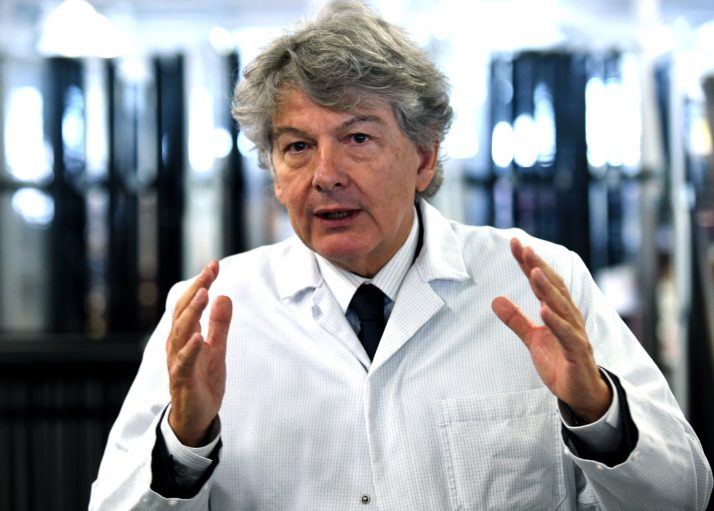 Breton has both high-level political experience — having been minister of the economy, finance and industry from 2005 to 2007 — and a long career in the private sector, lately leading one of Frances rare digital champions, Atos.

A European Commission official mentioned Breton this week as a potential nominee and French weekly Le Canard Enchaîné reported on Tuesday that he was Macrons favorite to replace Goulard.

Breton has had a good relationship with Macron for some time. He came out in support of Macrons presidential candidacy during the 2017 presidential election, and was part of the official delegation that accompanied the president on his state visit to Washington in April 2018.

However, he is widely seen as an old-school right-wing politician, who first came to politics through the late President Jacques Chiracs RPR party, and its successor the UMP — the forerunners of todays main French conservative party, Les Républicains. His long business career would also come under close scrutiny during any confirmation process in the European Parliament. 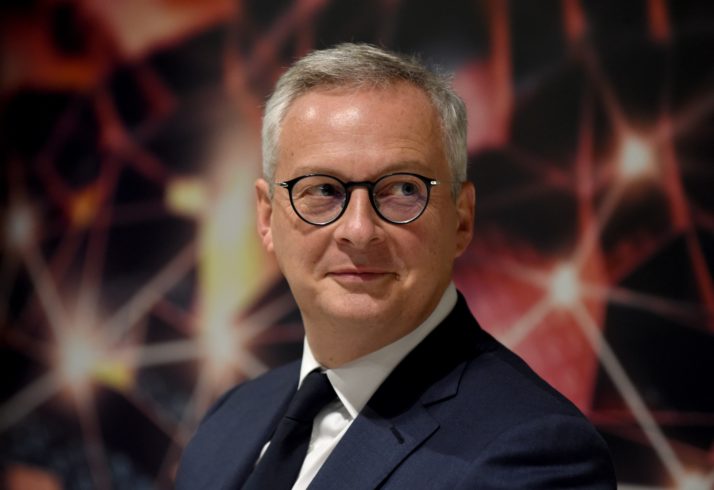 Bruno Le Maire: Frances finance minister is an obvious fit. He is fluent in German, has an established political track record and has the right background for the portfolio. He wrote a book earlier this year conspicuously entitled “The New Empire: Europe of the Twenty-First Century.”

But hes said hes not interested in the Brussels post. “No I am not a candidate for the European Commission,” he told French radio on October 14. “I clearly indicated my preference to stay finance minister.”

Not everyone is convinced. “He is ambitious and is among those who think about [the commissioner job],” said the high-level French official. 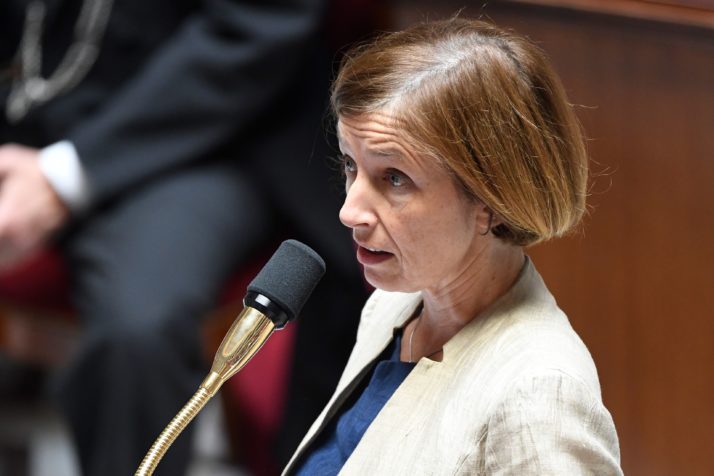 Florence Parly: Frances defense minister was on the three-name shortlist Macron presented to von der Leyen first time around, according to three French officials familiar with the process. She has long-standing experience in the political world, with a special expertise in budget policy, having been junior minister for the budget between 2000 and 2002. She also has solid managerial experience in the corporate world, having held leadership positions at the French national railway comRead More – Source