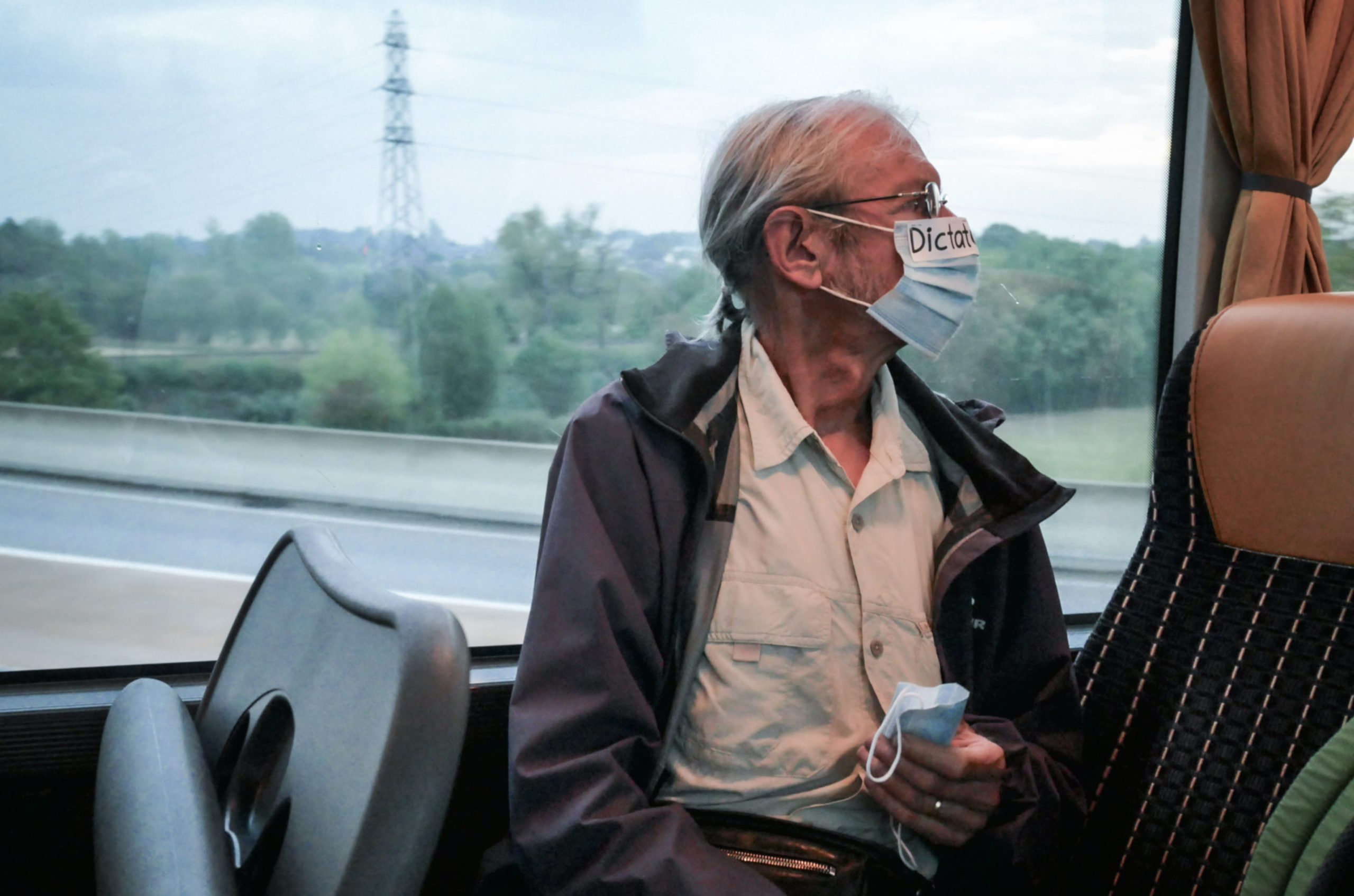 LYON, France — Waiting for a coach at a motorway rest area at the first light of dawn can be quite dull, but for Bernard Lapostolle, it served a bigger purpose: Stopping the latest tech revolution.

“Were here to show there is a resistance,” said Lapostolle, standing in the gloomy parking lot before putting on a mask that featured a “Dictatorship 3.0” sticker.

The retired technology teacher boarded a bus alongside fellow anti-5G activists last Saturday to attend a protest at a World Health Organization building in the southeastern city of Lyon.

Around 300 people from all over France but also Belgium, Spain, Italy and Germany gathered by the 72-meter-high tower, holding signs with anti-5G slogans. They hope to launch a broader movement that would sweep the Continent, from Madrid to Brussels.

The French government has faced mounting pressure in the past few weeks to delay the rollout of the new technology after dozens of elected officials from the Greens, Socialists and left-wing France Unbowed asked for a moratorium until the summer, citing uncertainties around the technologys health and environmental impact.

“Macron, youre screwed, Amish are taking over the streets” — Anti-5G protesters in Lyon

Among them was the newly elected mayor of Lyon, Grégory Doucet, part of the green wave that swept the country in recent local elections — and one of several 5G skeptics now at the helm of some of the countrys largest cities.

“I think the French government didnt expect [5G] to become a political issue because this kind of deployment in the past wasnt a problem … but the environmental concern is becoming more and more important so people are more and more defiant,” Bertrand Maes, green deputy mayor of Lyon, said in an interview.

Far from shutting down criticism, French President Emmanuel Macrons recent comments during a tech-themed event at the Elysée, comparing 5G skeptics to the Amish — a mostly U.S.-based Christian sectknown for its cautious approach to technology — have fired them up.

In Lyon, protesters chanted songs like “Macron, youre screwed, Amish are taking over the streets.”

Resistance on the ground clashes with the governments will to convey a sense of urgency. France is lagging behind other EU countries, such as Germany, Italy and Spain. Frances 5G frequency auctions are only scheduled for late September.

Failing to take environmentalists concerns on board could also tarnish already fragile green credentials that Macron might need in the next presidential run.

With the widely-covered Amish comment, Macron gave his detractors fresh ammunition, accidentally casting himself as a president mocking concerns coming from so-called “peripheral France” — rural and suburban areas that provided the bulk of Yellow Jacket protesters — while cozying up to powerful businessmen in the golden rooms of the Elysée Palace.

On the eve of the Lyon gathering, two dozen local 5G skeptics met in a neon-lit room of the union house of Chalon-sur-Saône, 127 kilometers north of Lyon, for a 5G-themed local event.

“The enamish of my enemy is my friend,” Dany Poullet, a retired sports teacher who fears the impact of high exposure to 5G frequencies on the planet and people, told the audience with a big smile as an introductory joke, before moving on to a two-hour PowerPoint presentation on 5Gs alleged threats.

The slides on electromagnetic laws quoted from scientific institutions like the Alternative Energies and Atomic Energy Commission (CEA) or telecom regulator Arcep, but Poullet sometimes added a conspiracy twist by implying that the media, Europe or an undefined “they” were hiding secrets from the population.

Beyond the quarrels between the Greens and Macron, part of the resistance to 5G in France is also built around the opposition between rural and urban or those who feel left out of the political life of the state. Some of them distrust the media and are the target of disinformation campaigns, such as the QAnon conspiracy theory that originated in the United States and was the subject of conversations in Châlon-sur-Saône.

Yet the crowds in Châlon-sur-Saône and Lyon were not only the caricature of anti-technologists and conspiracy theorists that some 5G promoters have painted.

They included science professors, a former doctor, an electrician, former engineers and a farmer. 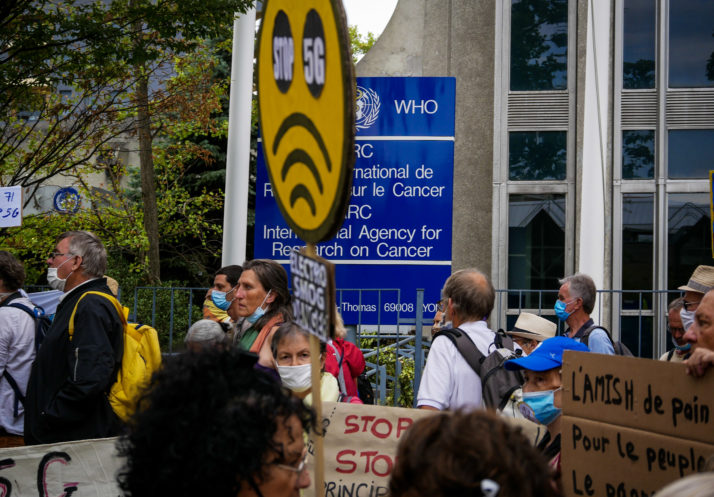 “We havent yet properly assessed the impacts [5G] can have on ecosystems and human health and this headlong rush is not possible, we need to know where this is taking us,” said Claire Mallard, a member of green party Europe Ecologie-Les Verts (EELV), after the conference. She added that she was tired of being seen as an “anti-tech with a knife between her teeth.”

“We already have territorial disparities [in 3G and 4G coverage], which we need! Lets equip everyone first,” she said.

“The effect of 5G deployment risks accentuating the idea of a two-tier territory where towns are well off and in the countryside, network access remains complicated despite the digitalization of public services,” said Maes, the deputy mayor of Lyon, who also sees the “consumption of energy and resources and the production of waste” linked to 5G as contradicting Frances climate commitments.

“Municipalities have very little room to maneuver now, so our challenge is to push for public discussion and debate to question whether to hold auctions [on September 29],” he said, adding that city hall was thinking about setting up a 5G-themed event in the coming weeks.

According to previous rulings from Frances highest administrative court, mayors cant oppose the rollout of 5G within their city limits. But some are already exploring new legal avenues, while others have blocked the installation of mobile cell towers.

Beyond the debate on 5G itself, political opponents ranging from