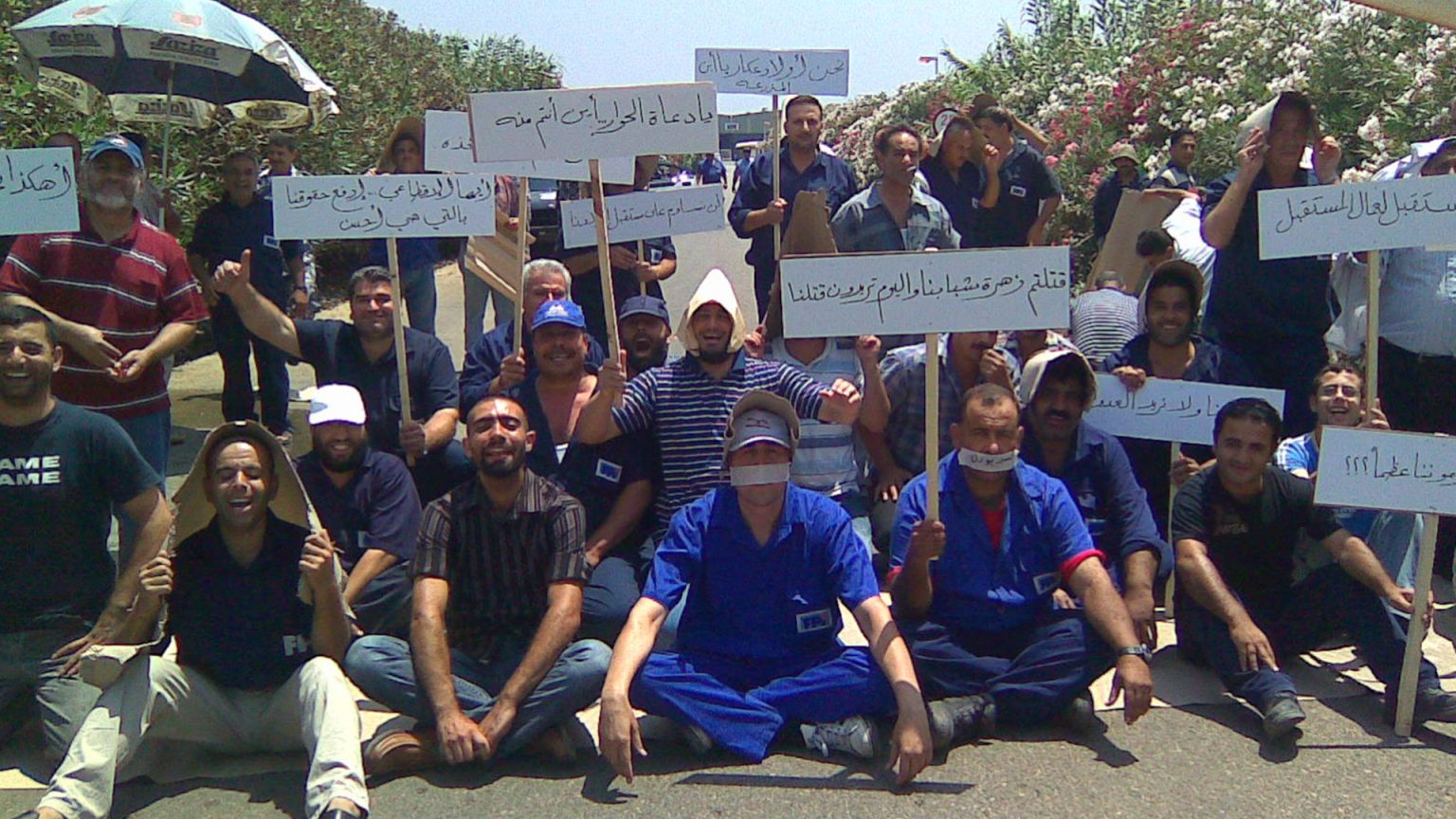 LORD International company’s workers in Alexandria has started a strike protesting working conditions and demanding their rights while the administration refuses to negotiate with them.

The workers of the company in the Amreya area in Alexandria refused to work the first and second shifts. The management of the third shift prevented the strike after closing the gates.

LORD is a company specialized in producing lines and manufacturing machine spare parts, as well as ready-to-shave machines.

The striking workers, numbering nearly two thousand, demanded the company’s management last June to negotiate several demands including reforming their wages to no less than 2400 pounds (the minimum wage set by the state).

Most workers who served ten years receive about 2,000 pounds only.

The workers also called for “amending their annual contracts to permanent contracts as most of the workers work on temporarily contracts”.

They also said that there are workers who have spent ten years or more on temporary work contracts without confirmation.

However, the company’s management promised the workers to consider setting a date to discuss these demands during the past days, according to what was agreed upon a month ago with the factory manager, Tariq al-Sakhawi.

Instead of meeting the workers’ demands or setting a date to discuss them, the company’s management deducted a sum of 300 pounds, the value of the occasions grant that was paid to workers during the past month (the Eid al-Adha grant) from the wages of the month of July.

This  angered the workers and prompted them to go on strike.

The workers affirmed their determination to all demands. As of this writing, the company’s management has not made any attempt to hold a dialogue with the workers or hold a negotiation session with the striking workers.

In this context, the Center for Trade Union & Workers Services announced its full solidarity with the workers’ demands.

The center described their demands as legitimate and called on the competent authorities to play their role in ensuring that workers obtain their rights and protect them from any form of abuse by the company’s management.

The first half of this year witnessed a remarkable labor awakening. The Arabic Network for Human Rights Information, in its first quarterly report of this year, it monitored 80 protests, including 49 social protests, 31 labor and professional protests, in addition to 16 cases of suicide for economic reasons.

Then, in the second quarter of the year, the network monitored 44 protest events, including 25 labor protests.