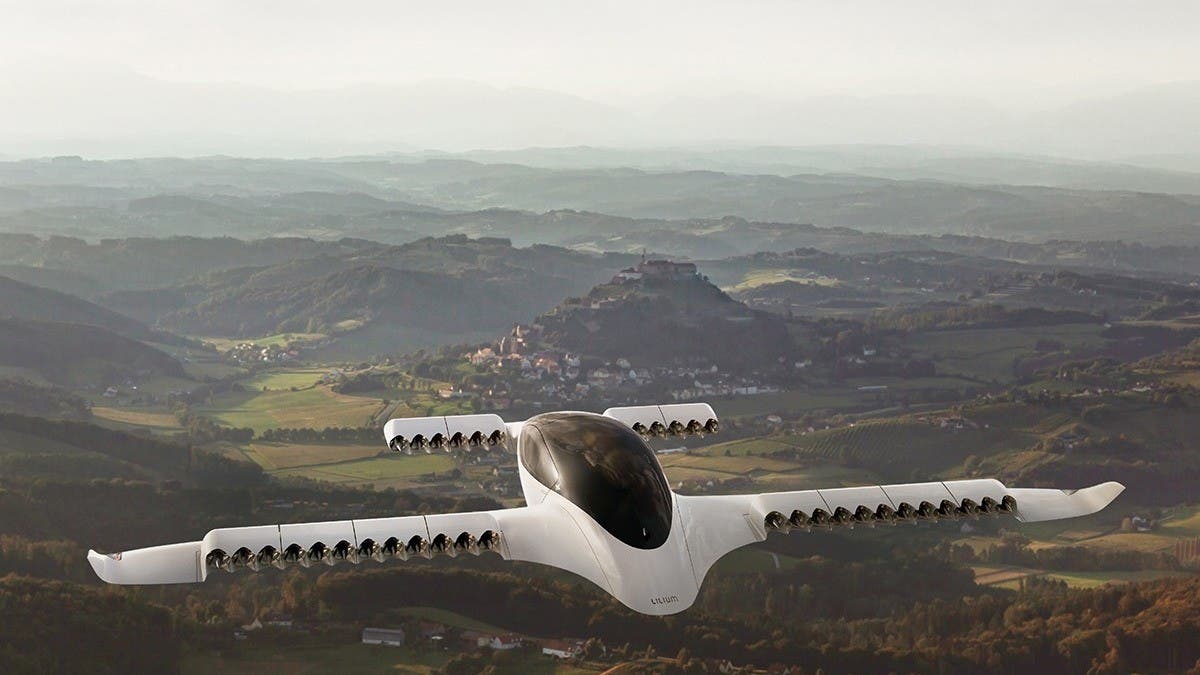 The German startup Lilium has revealed its latest electric vehicles that can take off and land vertically (eVTOL). The aircraft, designed with seven seats, comes after four generations of technical experiments, the company said.

The American United Parcel Service is preparing to launch a fleet of 10 eVTOL aircraft for testing in several market areas ranging in size from small to medium throughout the United States.

The aircraft has CRI-A01 certificate from the European Aviation Safety Agency (EASA) and an airworthiness permit from the same agency and the Federal Aviation Administration in the United States.

Daniel Wiegand, co-founder, and CEO of Lilium said in a statement that the aircraft flies at 175 miles per hour and at an altitude of 17,000 feet for a range of up to 249.44 miles.

The aircraft uses the company’s self-developed tubular electric propulsion technology, which is made of 36 electric motors with electric tubes integrated into the flaps of the wings.

The mission of this technology is to allow the aircraft to reduce the noise emitted by it and its ground footprint.

Vehicle manufacturers are trying to improve the reality of transportation for rapid transport, as these vehicles take a high cost compared to the time people spend in the vehicle, as well as the harmful carbon emissions.

Therefore, Lulium is working on issuing vehicles at a lower cost per seat and with less harmful emissions than before.

Lilium confirmed that it plans to start using its seven-seater aircraft for commercial flights in 2024.

This iconic vehicle is set to transform the world of transportation.

In November 2020, the German company announced that it had signed a partnership with Tavistock Development and the city of Orlando to launch its air traffic network in 2025.

The three entities plan to build a network that includes 13 locations where about 125 aircraft operate.

Lilium also intends to operate in Germany through agreements signed with Cologne-Bonn and Dusseldorf international airports for the use of approximately 190 aircraft.