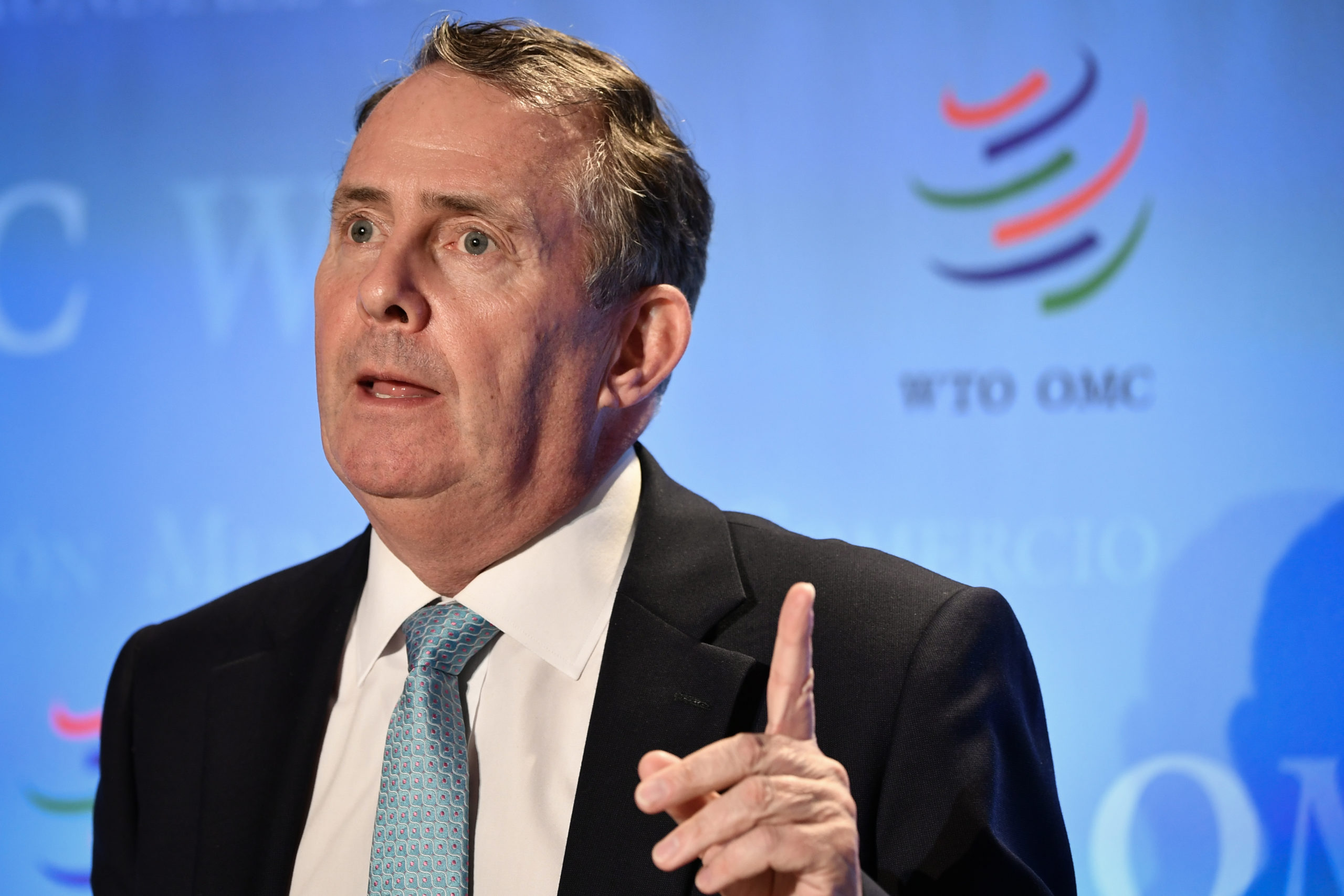 U.S. President Donald Trump has said the WTO is soft on China and has blocked the nomination of new judges to its highest dispute-resolution forum, the Appellate Body — to the point it is no longer able to function.

Actions like these put the “whole rules-based system under threat,” said Fox, who argued for a politician, not a technocrat, to take up the role of director general.

But Fox said he has spoken to the Americans and that compromise is possible. Currently, the remit of the trade dispute forum is “drawn so widely,” he said, arguing that its parameters should be “narrower.” Only by negotiating with the U.S. could the WTO work to “edge ourselves closer to the compromise that will be necessary to underpin the basic values of the system,” he said.

Last week, U.S. Trade Representative Robert Lighthizer called Fox a friend and “one of the favorites” to head the WTO. Lighthizer has said a “broad reset” is needed at the global trade body.

On Friday, Fox argued the WTO had “lost some of the political momentum required” to reach compromises and that there has been “too little political will” in the organization to make it relevant on the world stage.

“Everything isnt as it should be,” Fox said, calling for a renewed reliance on the rules-based trade system so that the world does not become a “free for all” where only the strongest countries get what they want.

“This is not a job for a technocrat, this is a job for a politician,” Fox said, adding he has the battle scars from 28 years in politics, operating on the world stage at the highest levels of the Read More – Source
[contf]
[contfnew]