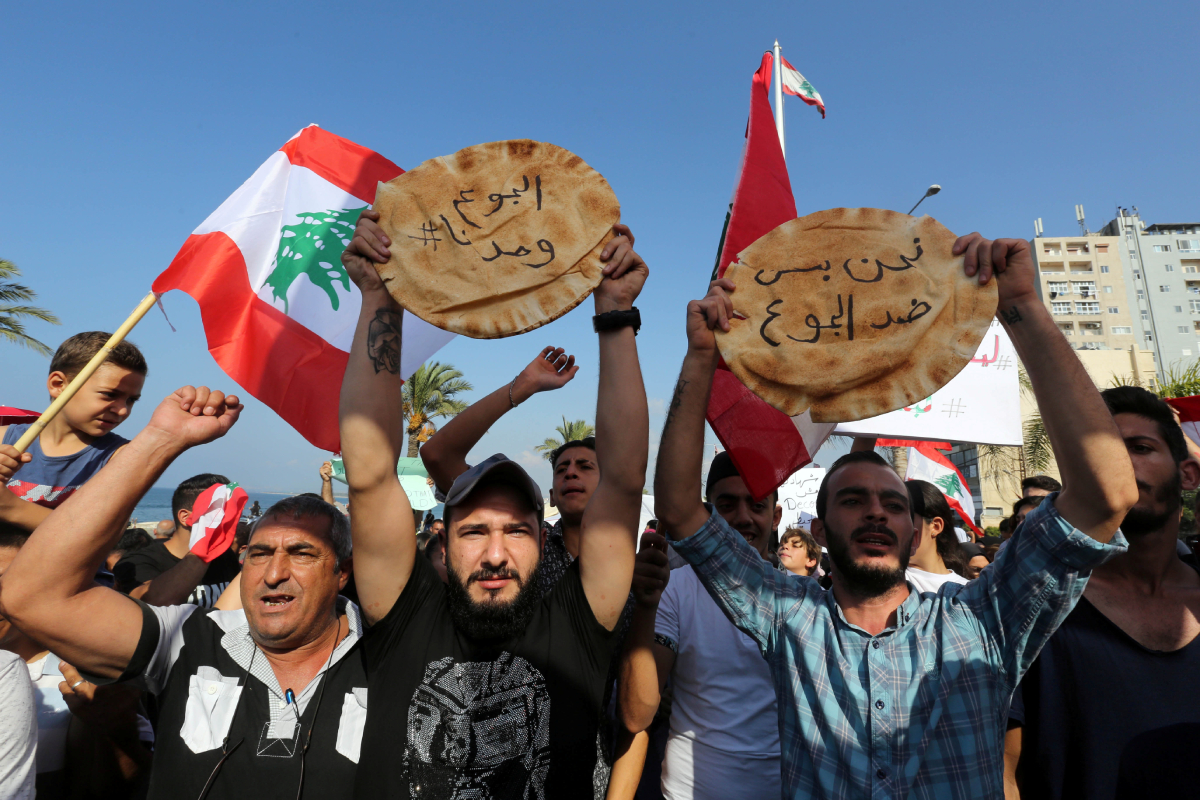 Coinciding with protests over the deterioration of the pound, the economic and financial crisis Lebanon is going through is likely to rank in the top 10, possibly top 3, most severe crises episodes globally since the mid-nineteenth century, according to the World Bank.

Dozens of protesters took to the streets in Tripoli, as a result of the continued deterioration of the Lebanese pound. The protests left 20 people injured, including demonstrators and soldiers.

According to the Operations Room of the Emergency and Relief Agency, a local health organization in Tripoli, six ambulance teams responded to the protests that took place in Tripoli on Sunday.

The organization confirmed that it had treated 18 civilians and military personnel and transferred four of them to the city’s hospitals.

For its part, the Army Command of Lebanon said in a statement that nine soldiers were wounded during the protests in Tripoli, “after young men riding motorcycles threw sound bombs” at them.

However, calm returned to the cities of Tripoli and Sidon, after a day full of protests on Sunday.

The dollar has been fixed at 1,507 pounds since 1997, but the economic crisis made the national currency collapse in the unofficial parallel market.

Money changers said that the dollar is being traded at a price between 17,300 and 17,500 pounds on the black market. Some of them indicated on social media that the price of the dollar had reached 18,000 pounds.

Lebanese wait in long queues in front of gas stations that have adopted a policy of rationing in the distribution of gasoline and diesel.

This coincides with the wide-spread deficit of a large number of medicines and a rise in the prices of mostly imported foodstuffs.

Lebanese demonstrators had tried to storm branches of the Central Bank in two major cities on Sunday, according to local media, after the Lebanese pound continued to deteriorate to unprecedented levels on the black market.

The National News Agency reported that rallies roamed the streets of Tripoli in protest against the “difficult living conditions” and the “high dollar exchange rate.”

The agency added that “a number of protesters stormed the external courtyard of the Bank of Lebanon in Tripoli (…) and were able to take off the iron door, and chanted slogans condemning the authority, while the Lebanese army deployed in the place worked to prevent them from entering the bank.”

Protesters set fire to the entrance to a government building, according to an AFP correspondent, and some tried to storm the homes of two deputies, but the security forces prevented them.

The National News Agency said, “Sounds of gunshots were heard outside the house of Representative Mohamed Kabbara, and the army intervened to disperse the protesters.”

In the city of Sidon, demonstrators tried to storm the central bank branch in the city, as the security forces worked to expel them, according to the National Agency.

There were also separate demonstrations in the capital, Beirut, where a group of demonstrators burned rubber tires.

Keep reading: Lebanon Seizes Properties Of Banks And Their Chairpersons