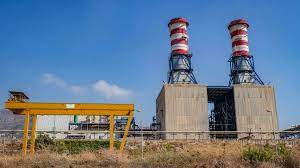 Jordan plans to start supplying Lebanon with electricity by the end of this year, accccording to the Jordanian energy minister.

The Lebanese government tries to tackle its crippling energy shortages amid the country’s financial meltdown.

Egypt will also supply natural gas to Lebanon via a pipeline that passes through Jordan and Syria to help boost Lebanon’s electricity output, by an agreement announced last month.

Outlined by the Lebanese presidency in August, the plan also involves using Egyptian gas to generate electricity in Jordan for transmission to Lebanon via the Syrian power grid.

Iran was ready to build two power plants in Lebanon, one in Beirut and the other in the south of the country, over a period of 18 months, Iranian Foreign Minister Hossein Amir-Abdollahian said in Beirut on Thursday.

“We are completely ready to accomplish this project using the Islamic Republic of Iran’s technical expertise, and benefiting from joint Iranian-Lebanese investment,” he said, speaking via an Arabic translator.

He did not say who the investors could be.

Lebanon’s two major power stations shut down Saturday due to a fuel shortage which has resulted in power outages in most areas in the country, according to local media outlets.

Authorities are working “to partially restore electricity to various Lebanese regions, by supplying production stations with fuel from the reserves available for extreme necessities,” Lebanon state-run NNA news reported. “Electricity will gradually return in the coming hours,” it added.
NNA also reported that local residents started cutting off roads in several areas in protest over the deterioration of their living conditions following the power outages, which also caused water shortages.
Minister of Energy and Water Walid Fayyad said Friday: “Everyone is seriously working on this issue in order to secure additional … electricity for Lebanon,” according to NNA.
“The matter is related to the expected financing from the World Bank,” Fayyad added. “I met with an official from the World Bank for the Middle East, and he conveyed to me the determination to end the process by providing all the necessary facilities to Lebanon.”
Many Lebanese normally rely on private generators that run on diesel, although that is in short supply, Reuters reported.
Lebanon has been paralyzed by an economic crisis which has deepened as supplies of imported fuel have dried up. The Lebanese currency has fallen by 90% since 2019.
Post Views: 387
In this article:Featured