Russia's parliamentary majority party has prepared a bill that, if passed, would list as “undesirable” all foreign and international groups that attempt to influence Russian elections, effectively banning their activities.

The bill is written as a set of amendments to the existing Russian “Dima Yakovlev Law” – the 2013 piece of legislation introducing targeted sanctions against foreign citizens and groups who infringe basic human rights of citizens, in particular Russian orphans adopted by foreign parents.

“We are proposing a mechanism that would protect our elections from any external influence. If any organization attempts to violate the ban on influencing the elections, on any participation in the election process, it would be recognized as undesirable and this means that it should immediately stop all its operations in our country,” one of the key sponsors of the motion, MP Viktor Pinskiy (United Russia) said in comments with RIA Novosti.

Deputy head of the United Russia caucus in the State Duma, MP Andrey Isayev, noted that the bill had been developed jointly by representatives of all four parliamentary parties. He also said that the document was targeting the “evident facts of interference into Russian elections by foreign citizens, organizations and even government institutions.” This interference takes such forms as training of particular candidates, information aid and other attempts.

Russia introduced the law on undesirable foreign organizations in May 2015. It allows the Prosecutor Generals Office and the Foreign Ministry to create a proscribed list of “undesirable foreign organizations,” making the activities of such groups illegal. The main criterion for putting a foreign or international NGO on the list is a “threat to the constitutional order and defense capability, or to the security of the Russian state.” 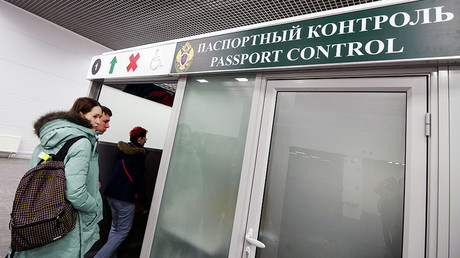 Non-compliance with the ban can be punished by administrative penalties, and for repeated and aggravated offenses can carry prison sentences of up to six years. Russian citizens and organizations that continue to work with banned groups would face administrative fines only.

The so-called “Foreign Agents Law” introduced in late 2012 orders all NGOs engaged in Russian politics and receiving any funding from abroad to register as foreign agents or risk substantial fines. Groups with “foreign agent” status are banned from sponsoring Russian political parties, but otherwise their activities are not restricted.