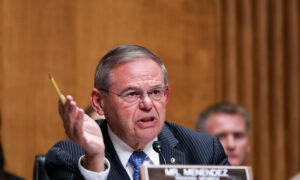 The bicameral group said they plan to conduct interviews with key officials who may have knowledge about the IGs firing and how the State Department Office of Inspector Generals (OIG) ongoing investigations may have prompted Secretary Pompeos decision to have him fired.

In a statement, the ranking members said they want to be sure that Secretary of State, Mike Pompeos decision to fire the IG, was not prompted by Linicks investigation into the Secretarys work at the State Department.

“Congress has demanded answers about the abrupt firing of the Inspector General, but Secretary Pompeo has failed to explain his actions. We call upon administration officials to comply and appear for interviews with the Committees, and for Secretary Pompeo to comply with the Committees investigation and not obstruct the American people from discovering the truth about his own actions,” they said.

“As these interviews take place, we plan to make public the transcripts of those proceedings as quickly as possible. The truth about Mr. Linicks firing will come out,” they added.

Engel, Maloney, and Menendez are not the only lawmakers who have asked the Trump administration for justification of his decision to fire the IG.

Sen. Chuck Grassley (R-Iowa) has expressed dissatisfaction with a White House response to his concerns over the rationale for the Presidents firing of the inspector general.

In a May 26 statement, Grassley acknowledged Trumps “constitutional and statutory authority” in dismissing the inspectors general for the State Department and Intelligence Community but noted that White House Counsel Pat Cipollone failed to provide sufficient justification for the firing.

“The White House Counsels response failed to address this requirement, which Congress clearly stated in statute and accompanying reports. I dont dispute the presidents authority under the Constitution, but without sufficient explanation, its fair to question the presidents rationale for removing an inspector general,” Grassley said.

Grassley said that without providing a solid justification for the dismissals, “the AmericRead More From Source
[contf]
[contfnew]