Following a string of school attacks in January, a Lower House MP representing majority party United Russia said his party wants to criminalize any propaganda of violence on the internet and punish it with lengthy prison terms.

“Criminal prosecution for those who post negative content on the internet will be introduced. We will make legislative amendments after these incidents in schools, we will expand the already passed law on Blue Whale groups” deputy head of United Russia caucus in the State Duma Andrey Isayev was quoted as saying by Interfax.

‘Blue Whale’ was an anonymous group promoting self-harm and suicide on Russian social media networks. The group’s founder received a three-year prison sentence for his activities in 2017.

Isayev added that several outbreaks of violence that took place in Russian schools in January could have been prompted by information distributed over the internet. Investigators are considering this theory.

“We should introduce prison terms of 10 years or more for cases involving organized criminal groups and communities that follow a previously agreed plan and extract profits from their actions,” Isayev said.

The MP noted, however, that he and his colleagues do not plan to tighten responsibility for underage convicts. 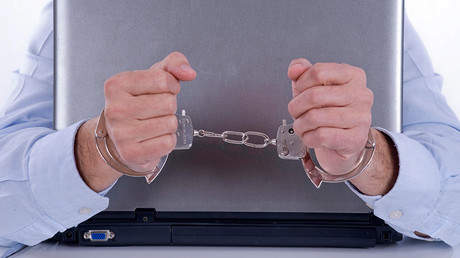 Several school attacks took place in Russia in the beginning of 2018. These include the January 15 stabbing attack in the city of Perm, in which 14 children and a teacher were injured; a knife fight between pupils that took place in Chelyabinsk Region on January 17; and the January 19 incident in a school in Bashkiria, in which a pupil hurled a petrol bomb into a classroom of other children, and struck with an axe those who exited the room, injuring six people.

Russian Upper House MPs have already blamed these events on the unrestricted flow of information on social networks and around the internet. They propose holding responsible executives and workers employed by internet companies who allow the distribution of illegal content.

In May last year, the State Duma passed a bill that introduced criminal liability for leading children to suicide or luring them into dangerous games, including through internet ‘suicide groups.’ The maximum punishment under this new law is six years in prison.