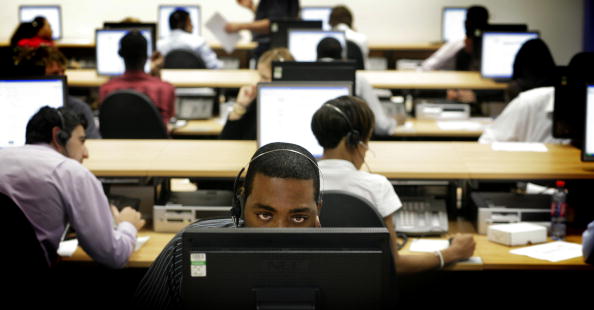 Large UK companies are adding to the countrys productivity crisis by failing to adopt new technologies which could boost their output, the Confederation of British Industry (CBI) and US computer firm Oracle have said.

If just one in 100 business adopted a new approach to innovation, technology and management practices, they could add over £100bn to the UK economy, according to a report released today by the two organisations.

The report comes as Britain struggles to increase its productivity – how much output is created with the same amount of input.

Productivity is around 20 per cent below where it would have been if it had continued at pre-financial crisis levels, the Bank of England has said.

Key sectors such as financial services and construction have experienced negative productivity growth since 2008, the CBI and Oracle said today.

But they argued greater adoption of technology could boost productivity and wage growth, which could help reduce inequality by raising pay at firms across the country, not just at a select few.

Their report – called “Bigger, Faster, Stronger” – said a particular worry for the UK was that large firms were struggling to adapt.

For example clunky old software systems are expensive to replace, while workforces take time and money to re-train.

But the CBI and Oracle urged large firms to make a series of changes. Senior business leaders should commit to addressing cyber risks, they said.

Workforces must be “digitally empowered”. For example they should be retrained to use the latest hardware and software and comfortably adapt to changing ways of working.

Firms should invest in software systems that constantly update and can adapt to what the business needs, the CBI and Oracle said.

Felicity Burch, CBI director of digital and innovation, said: “No business can rest on its laurels when it comes to technology. Big firms musRead More – Source
[contf]
[contfnew]