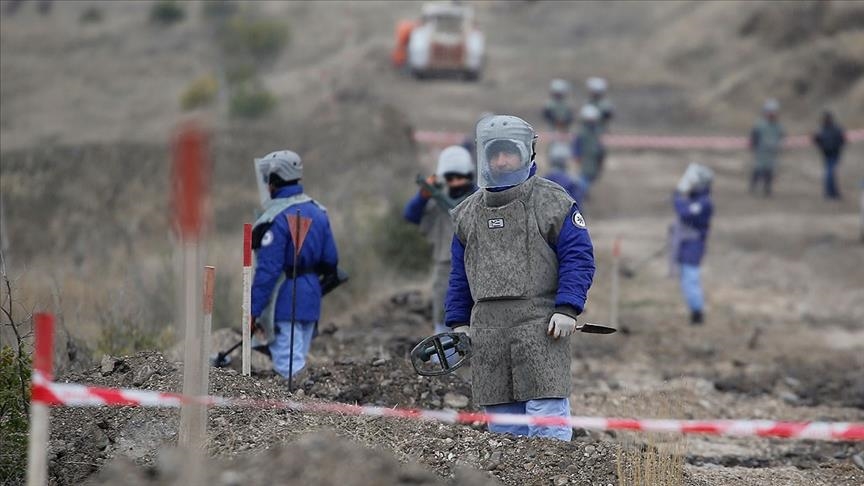 Bern, (Business News Report)|| The Institute for Rights & Development – Geneva (IRDG) has hosted a conference entitled “the path to eradicate landmines in Azerbaijan: an international challenge.”

Held on April 4, the International Day for Mine Awareness, the event aimed at raising awareness about the importance of clearing landmines in Azerbaijan.

The IRDG said it hope to support the efforts to clear landmines and explosive remnants of war (ERWs) and mark and fence off dangerous areas.

Richard Bellity, Secretary of IRDG, said that during his organization’s visit to the mining areas and the Mines Action Agency, they “have been witnessing the destruction of villages and means of living in the area.”

Bellity shed light on the humanitarian crisis caused by the disposal of ERWs, which left an estimated 750,000 people displaced internally as well as 250,000 refugees.

“There is no possible return for the population until the region has been cleared completely from its remnant of war,” he said.

In his intervention, Nidal Salim, Director General Global Institute for Water Environment and Health (GIWEH), called for introducing a national standard of incorporating environmental management while dealing with landmines.

Salim called on the international community to support the cleaning and demining of the mines on the ground and to put pressure on countries who are practicing this issue.”

“It doesn’t only impact the lives of the internally displaced families but also those people where they were relocated to other villages… it puts stress on the financial capabilities and the social services that the state provide.”

Curry also highlighted that demining is a security issue and a way to save lives and prevent casualties. It is also vital to the region’s infrastructure, education, and agricultural reconstruction, he said.

Eventually, he called on the international community to assist the IDPs financially and recognize the links between peace and security and human rights and sustainable development.