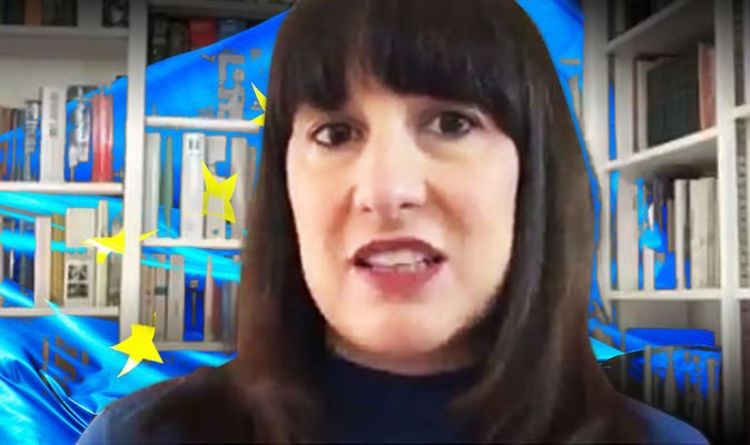 BREXIT extension fears have arisen amid reports of stalled talks with Labour shadow minister Rachel Reeves warning that it is “necessary” for the Government not to “rush” negotiations.

Labour have warned if a deal cannot be “secured” then the transition period must be extended to avoid the UK “crashing” out. Brexit talks are currently on the verge of collapse after rows over trade red lines broke out between Chief Negotiator David Frost and his EU counterpart Michel Barnier. Rachel Reeves, the Shadow Chancellor of the Duchy of Lancaster, called for negotiations “not to be rushed” when she spoke to Sky News.
[contfnewc]

The Labour MP said: “We want Government to focus wholly at the moment on tackling the coronavirus.

“But the Government are still saying that they can get that deal by the end of this year.

“You’ll remember at the election that the Government said they had an ‘oven-ready deal’.

“They claimed that this would be the simplest deal to negotiate.”

She continued: “The Government are still saying that is the case.

“We’re saying that they mustn’t rush this.

“If they are not going to secure a deal, we mustn’t crash out without a deal.

“That means taking the time that is necessary.”

Ms Reeves added: “But it’s up to Government to show that they can deliver the promises that they’ve made to the British people.

“That is getting a good deal and a deal by the end of this year.

“If they’re not in a position to do that, they need to come back and explain a timetable.”

The UK has six weeks until a legally binding deadline ruling out an extension to the transition period.

Mr Frost admitted there has been “very little progress” in talks with the EU.

He warned Mr Barnier that he must drop his “ideological approach” within the next fortnight.

Mr Barnier revealed that the round of talks had been “very disappointing”, adding that he was not optimistic about the outcome.