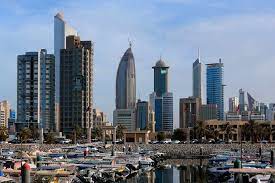 Kuwait’s real estate sales have witnessed an increasing activity last month compared to May with 1,271 transactions worth KD392 million ($1.3 billion).

The value of private housing trading activity too rose 7.7%.

Recent data available in the Ministry of Justice – Real Estate Registration and Authentication Department said that the number of real estate deals for June distributed between 1,201 contracts worth KD363.1 million and 70 agencies.

When comparing the total trading for June last year, the report said it had increased around 407% from about KD77.2 million to KD391.9 million.

The report said, Al Ahmadi Governorate achieved the highest number of deals with 861 deals, representing about 67.7% of the total number of real estate transactions

Hawalli Governorate achieved 143 deals, representing about 11.3%, while Jahra Governorate had the lowest number of deals with 27 deals represented by 2.1%, it added.

According to the report, the monthly average value of private housing transactions during the last 12 months amounted to about KD215.6 million.

This means that the value of transactions for the month of June 2021 is 46.1% higher compared to the average.

The number of deals for this activity increased in June to 1,166 deals, compared to 1,059 deals the previous month, it added

On Monday, governor of the central bank said Kuwait needs urgent reforms to put its finances on a more sustainable footing, as monetary tools are not sufficient to address structural challenges.

“There is an urgent need for economic reforms, and all parties, especially the executive and legislative authority, must work to address all imbalances”, Mohammad al-Hashel told a conference.

He didn’t mention any specific measures but said reforms should aim to reduce Kuwait’s dependence on oil.

The central bank last year introduced a wide range of stimulus measures to soften the impact of the COVID-19 pandemic, and record low oil prices, on the banking sector and the wider economy.