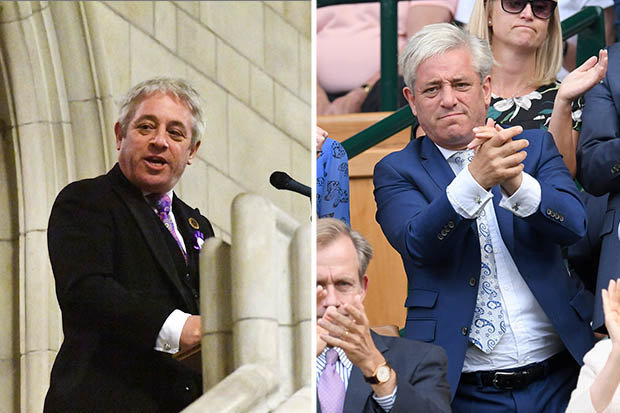 He has enjoyed football tickets valued at £5,000 and more than £10,000 in tennis seats. Mr Bercow bagged two Wimbledon tickets in the Royal Box worth £8,590, as Venus Williams defeated Johanna Konta in the semi-final.

He has a long-standing love of the sport and even has four balls on his coat of arms.

A former parliamentary assistant said: “The only time I have heard him shout was possibly at the TV when Federer was losing.”

In all, his seats at four different tennis events would have set him back £10,699. 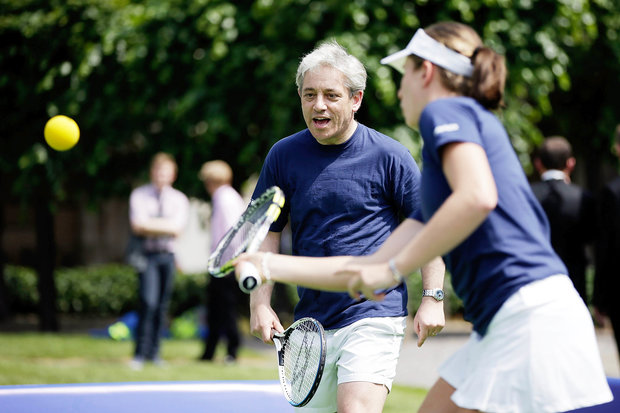 “The only time I have heard him shout was possibly at the TV when Federer was losing.”

He has also accepted £5,429.63 worth of football tickets, mainly for Arsenal matches. Gifts The “big Gunners fan” frequently attends games with his son.

The figures come from his register of gifts, benefits and hospitality which MPs have to send to the parliamentary commissioner for standards.

This comes on top of the normal £2,147.47 allowed for office stationery supplies.

A spokesman for Mr Bercow said: “It is no secret that the Speaker is a keen sports fan. All hospitality is declared in full and on time in accordance with the rules.”