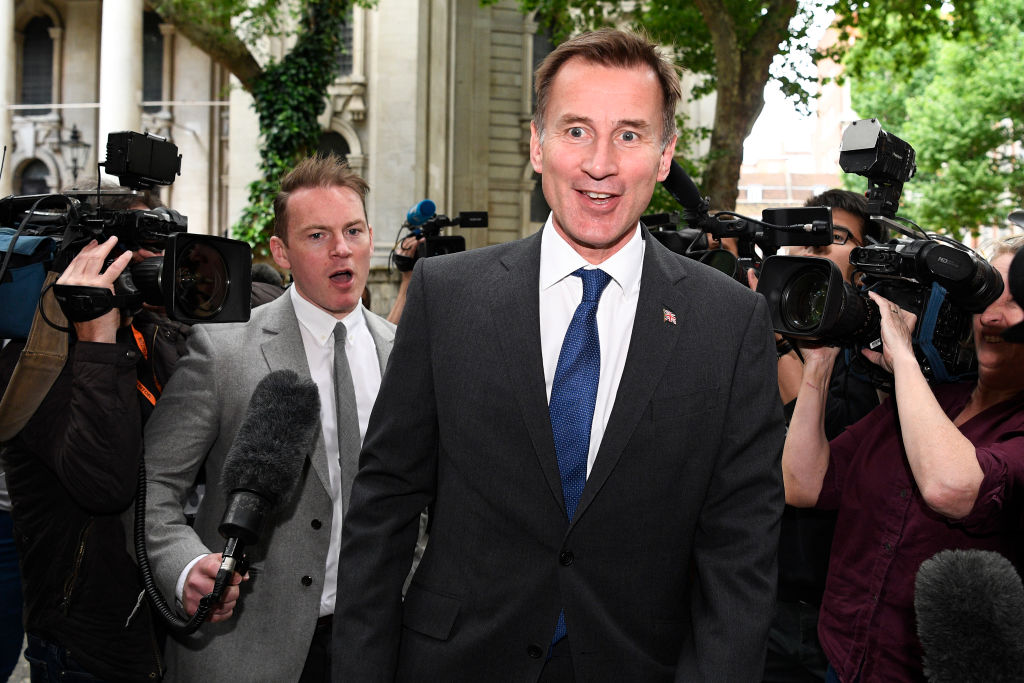 Tory leadership contender Jeremy Hunt has urged party members not to select his “populist” rival as the next prime minister, as he called for live TV debates ahead of voting.
Hunt warned the Conservative Party risked losing power to a “dangerous” Jeremy Corbyn if it chose rival Boris Johnson as its next leader.

Read more:Tory leadership race: Boris Johnson takes on Jeremy Hunt
“Now faced with a hard left populist, we could choose our own populist, or, do even better – and choose our own Jeremy,” he said, according to the BBC.
Speaking at the Conservative Progress Conference, Hunt launched an attack on Labour, whose leadership he described as “the most dangerous, ruthless, anti-western, anti-British, hard left cabal”.
“This Jeremy is going to win the argument for enterprise, aspiration, true social justice,” he said about his own campaign.
Hunt also threw down the gauntlet to Johnson, challenging him to take part in live TV debates before voting begins.
In an open letter to his rival, the foreign secretary said Johnsons current commitment to just one TV debate on 9 July – after postal voting has begun – was doing “this country and our democracy a deep disservice”.
Read more: