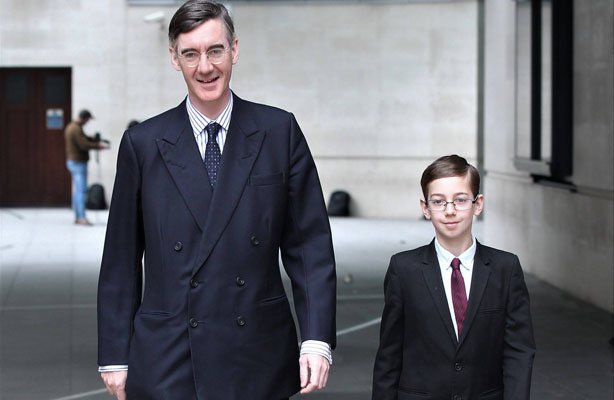 The Torys lad was dressed almost identically to his dad, in a dark suit and tie – with haircut and glasses to match.

Without the UKs money the EU “faces a real crisis next March” – when the political situation in Italy meant it was already facing other problems.

The Brexiteer bought a £5m home just yards from Parliament, sparking rumours he wants to replace Mrs May.

But he insisted: “Of course I wouldnt challenge Theresa May, thats a ridiculous idea,”

He said that without the UKs £40bn payout the EU “faces a real crisis next March."