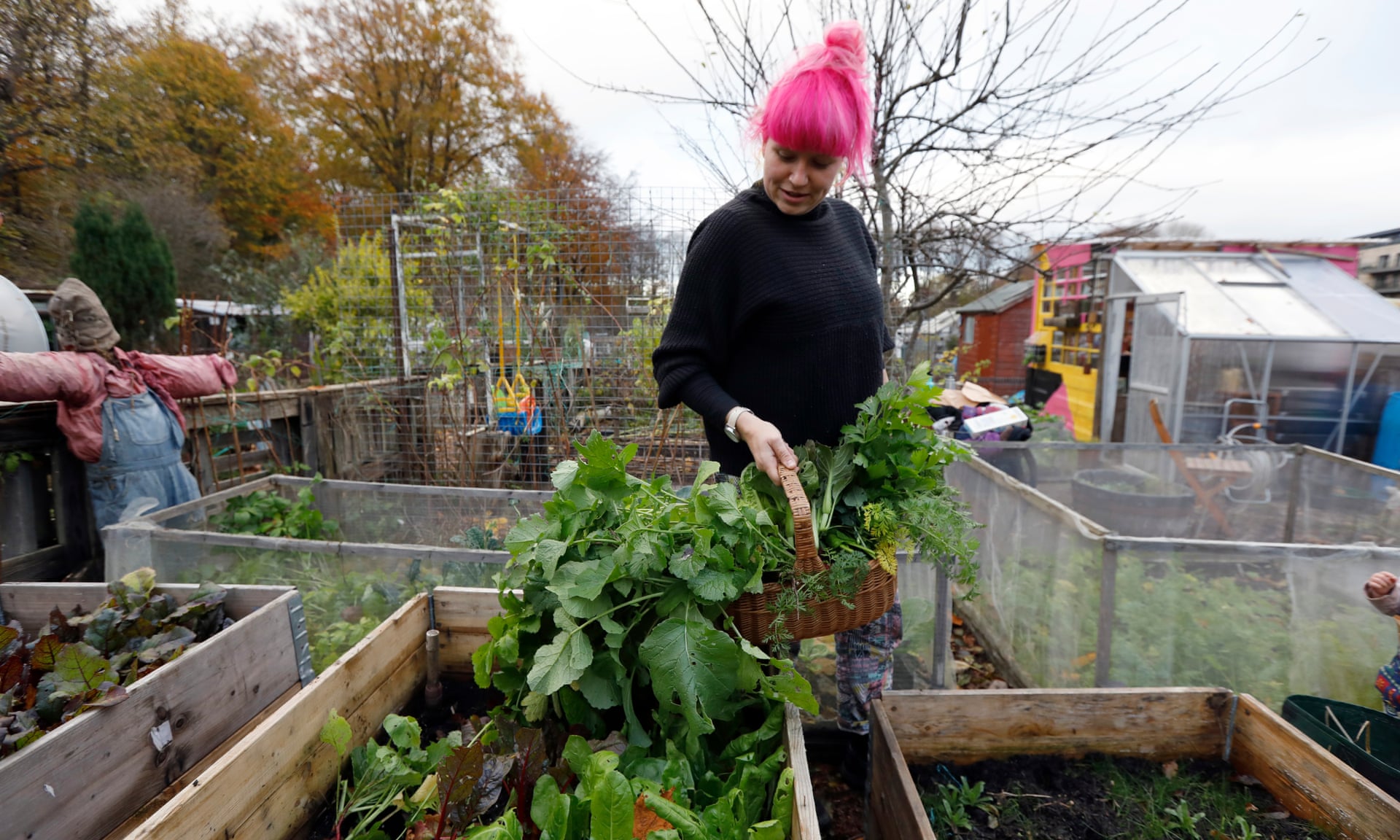 Jen Anderson managed to grow five “small but tasty” melons in Glasgow this summer, and she is not alone in finding her allotment a godsend during the pandemic. For the four years she has owned it, she says, it has “absolutely 100%” made her happier.

Her experience tallies with a study by academics at the University of Sheffield, published last week, which outlines the wellbeing benefits of allotment gardening. The 163 volunteers recorded “high levels of social and community activities, including the sharing of surplus food produce, knowledge exchange, awareness and interaction with wildlife, emotional connection to their allotment, appreciation of time spent outside and aesthetic delight in the natural world”.

According to Miriam Dobson, a post-doctoral research associate and one of the report’s authors, there was “quite a wide spectrum of mental health benefits”. People “were talking about community events, the nice feeling of sharing food, knowledge and skills”, as well as a “connection to seasons and a joy in weather”.

Anderson, a 35-year-old lecturer, attests to benefiting from watching her plants grow – carrots, parsnips and cabbage; “we tend to stick to what’s used in Scottish cooking”. But also in sharing the fruits of her labour, either literally or via Instagram.

Another allotmenteer, Steve Lewis, says there are always people passing through his green spot in Sheffield. “It’s nice to have a chat; see how the asparagus is or isn’t doing,” says the 61-year-old retired maths teacher on his hillside plot.

The proven mental health benefits of spending time outdoors are increasingly being heeded. As Dobson’s report notes, in Scotland doctors have piloted “prescribing” outdoor activities. Lewis, speaking against a backdrop of artichokes, says: “It’s relaxing, a nice way to get away from Covid, Brexit and Trump.” It is Thursday afternoon and he is weeding with his son, James, who has learning difficulties and likes to chop down the nettles. “He really benefits from it,” says Lewis.

Dobson’s study found many people talked “about feeling connected to nature … [and] having repeated encounters with the same wildlife, which, especially for people in urban areas, is really important”.

This is something many allotment holders can corroborate. The Hodgsons, who grow rainbow chard, purple-sprouting broccoli and lots of garlic on their Sheffield plot, see plenty of bird life: “There are long-tailed tits nesting in the hollybush, you get blackcaps singing in that tree, jays on the acorns, the odd great-spotted woodpecker.”

Anderson hopes she is instilling this connection with nature in her toddlers. “It’s great being able to get them to help sow stuff,” she says, conceding that sometimes she puts them in front of Netflix so she can garden.

In terms of physical health, Dobson notes that on top of the exercise involved in growing, people who have allotments are also “more likely to get their five-a-day fruit and vegetables than people who don’t grow their own food”.

Dobson believes the findings have been reinforced since the pandemic – a lot of contributors have emailed, saying “their allotments have been a haven during lockdown, giving some semblance of normality”. For Anderson, who lives in a flat, having an allotment, parts of which she has made into a sandpit and swing, was a godsend.

Poet and allotmenteer Sally Goldsmith thinks these “little bits of country in the town” are important for people, particularly in such uncertain times because they “give you a bit of control”. She researched the relationships of Sheffield allotmenteers to their patches, turning her findings into songs – in one, called Allotment Anarchists, she notes how people stage mini-rebellions via their plots.

Demand for allotments has boomed this year, and many people must join waiting lists. Phil Gomersall, president of the National Allotment Society, says his site in Leeds has seen a 700% increase in demand. “The true benefits of allotments have been realised in these difficult times,” he says.

The waiting lists “demonstrate that we haven’t provided enough space nationally,” says Dobson. There has been a loss of allotment space in recent decades, with cuts of 65% since the 1950s. The losses, she says, have not been equally borne, with eight times more allotment land closure in the most deprived communities compared to the least.

“We need to provide enough land so that everybody who wants to participate in allotment gardening can,” she says. “Then you can look into the best ways it can be used to facilitate growing for people that maybe don’t have the resources, time or skills to take on an entire plot but might be interested in being part of a community gardening scheme.”

The benefits of allotments also extends to food supply. Academics at Sheffield’s Institute for Sustainable Food this summer posited the restoration of allotment space as part of the solution to the fragility of our global food system, which has been laid bare by the pandemic.

The restoration of recently lost allotments could, according to one study co-authored by Dobson, provide 6% of the population with their “five-a-day”. If the experience of some of Sheffield’s allotmenteers is anything to go by though, there will need to be lots of innovation with courgettes.

In this article:Allotments, Mental health