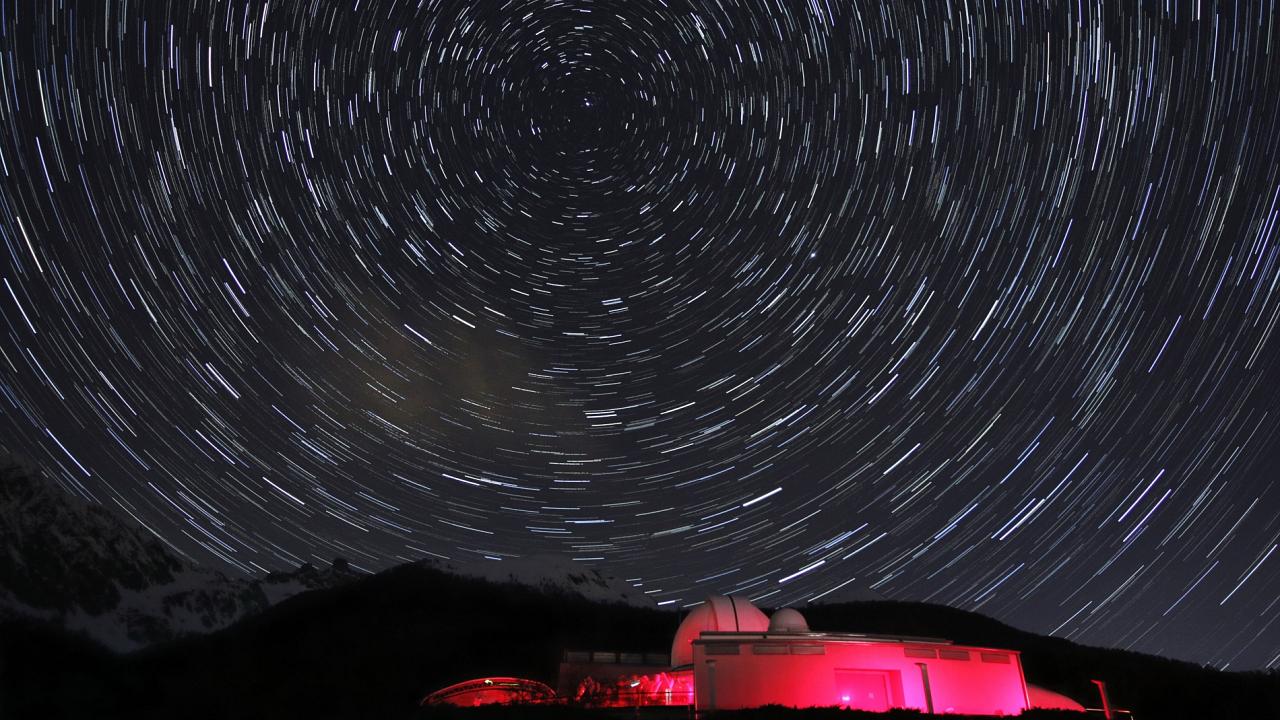 It’s something people living in the Saint-Barthélemy valley in Lignan have known for a long time; this rural area of Valle d’Aosta in northern Italy is a paradise for stargazers.

And now it has become the first Italian town to be awarded the certification of a Starlight Stellar Park from the Starlight Foundation, part of UNESCO.
[contfnewc]

[contfnewc]
[contfnewc]
The Starlight Foundation’s purpose is to protect the night skies and the right to starlight. The award is given to areas with excellent sky quality due to protection and conservation.

Sky quality experts judged that the night sky above Saint-Barthélemy offered a spectacular and star-rich vision, even with the naked eye.

Giorgia Fasolino lives in Milan but has been visiting since she was a child.

“When it is dark we go outside,” she told AP.
[contfnewc]
“As there are no lights, it’s like being inside the star-filled skies, it’s completely different from any other experience, the only place I have watched stars like here is at sea.”

The area is also home to the Astronomical Observatory of the Autonomous Region of the Aosta Valley, whose research activities are enriched by the clearness of the sky.

“The Saint-Barthélemy Valley is surrounded by a natural ring of mountains that are high enough to shield the place from the light pollution of the large cities near it (such as Aosta, Turin in Piedmont, and Milan in Lombardy)” Andrea Bernagozzi, a researcher and physicist there told Euronews.

“At the same time, they leave most of the sky visible, starting about from 15 degrees above the horizon. For these reasons, the sky is very dark, even if we are in continental Europe, and we can see many stars, the Milky Way, even the Andromeda galaxy with the naked eye.”

“There are also very few people living in the Saint-Barthélemy Valley, so few public lampposts.”

The lampposts that are there have also been replaced with special LED versions, designed to only shed light on the road, not upwards towards the sky, thanks to funding from the European Interreg Alcotra Project “EXO/ECO”.

The Saint-Barthélemy Valley is also the fourth Starlight Stellar Park in the world and the result of work started by the Observatory ten years ago.

But it’s virtually never-ending, as each year they must show that the criteria are still being filled by providing data and measurements about the sky’s brightness. But for Bernagozzi, the effort is worth it.

“Astronomical Tourism is a great opportunity for the economy of the Saint-Barthélemy Valley and the whole Aosta Valley Region,” he told Euronews.

“Nowadays there are many reasons to respect the environment, not only its ‘lower parts’ such as forests, rivers, lakes, but also the ‘upper side’, the beauty of the night sky that has been so important in the history of humankind.”

Visitors come to Lignan after dark every Saturday to get stargazing lessons at the observatory.

“It’s unique, it is a natural open sky museum that you can see nowhere else but here, you can see almost everything they explain,” says Giovanna Fatiguso who travelled from Turin, where she says very few stars are visible.

“I felt very very small in this huge universe while star gazing at the skies above us tonight,” she told AP.

A brand new planetarium will open its doors to the public on 19 September, when the Starlight Stellar Park certification will also become official.

Fabio Falchi, one of the world’s leading experts on light pollution and one of the authors of “The new world atlas of artificial night sky brightness” will present the award.

According to the work, published by Science Advances in 2016, Italy is the worst country in the G20 for light pollution after South Korea.

“Northern Italy cities spread so much light towards the sky that they illuminate the International Space Station, orbiting Earth 400 km above the surface,” explains Bernagozzi

“Now we have an additional threat: the mega-constellations of thousands of satellites, that private companies are planning to launch in this decade, can fill the night sky with shiny moving dots, sunlight reflected off solar panels and metal surfaces, obliterating the stars and the constellations for several hours during the night time.”