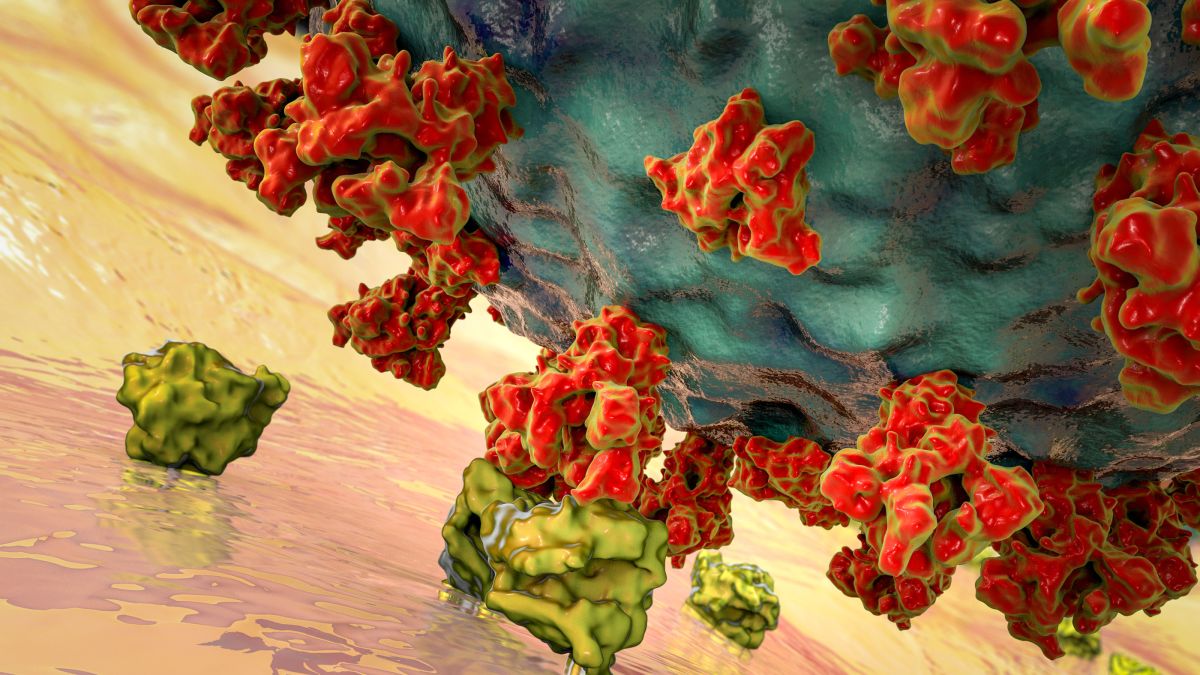 Over the weekend, there were no new deaths from coronavirus in London, Scotland or Northern Ireland. Slowly, the number of hospitalisations and deaths is falling across the UK. Rather than celebrating these early signs that the worst of the pandemic could be behind us, however, some scientists are warning of a second wave of infections – an increase in coronavirus cases in the coming weeks or months, which could occur even after a sustained fall in the number of cases.

These warnings often refer back to the 1918 flu pandemic. That outbreak killed tens of millions of people when it returned the following winter in a deadlier form after the first outbreak had been controlled. But theres a confusing lack of consensus from scientists about whether well see a second wave of coronavirus cases. Although the future is uncertain, we can imagine four scenarios for what might come next.

One hypothesis, floated by doctors in Italy, is that coronavirus could grow weaker as it spreads. Through viral mutation, Sars-Cov-2 could lose its potency and become milder or less infectious.But coronaviruses have proven a remarkably stable type of virus. There is no evidence to support this kind of mutation occurring in a matter of years, let alone weeks. Rather than viral mutations, improvements in survival rates in Italy are probably related to better clinical management of Covid-19, as doctors learn how to treat patients in hospital more effectively.

Another view is that the number of people susceptible to this virus is smaller than estimated, either becausea large section of the population has already been exposed to it, or because theyve developed cross-immunity from other similar viruses. This scenario also seems unlikely. Early serology tests estimated that only 17% of Londoners and 5% of the UK population had been exposed to the virus in late May. This means that there is still a large percentage of the population who have not yet had the chance to build immunity, a picture thatcorresponds with serology studies from France, Spain and Sweden, which had similar results.

But the picture might be more complex. A recent study reported that individuals who had never been exposed to Sars-Cov-2 still had T-cells reacting to the virus, another key component of the bodys immune response. The authors of the study suggested that having previous exposure to common cold coronaviruses could mean the body is able to detect the proteins in the Sars-Cov-2 virus. While this finding could be promising, there is still no evidence that either antibodies or T-cell reactivity would result in someone developing immunity to Sars-Cov-2.

A third approach, which has been deliberately adopted in Sweden, is to let the virus run its course and spread through the population. This treats Covid-19 much like the influenza virus; until a vaccine becomes available or enough of the population is exposed that herd immunity develops, the virus will be unstoppable.

But the cost of allowing the virus to spread through the population until it develops herd immunity is that many people will become ill or die as a result of catching Covid-19. And with no confirmation on how long immunity would even last, this approach offers no certainty about whether people could become reinfected after a couple of months or years – leading to a second wave of infections.

My own view is that we can avoid a second wave if governments aggressively contain the virus through testing, tracing and isolating carriers, and by encouraging good hygiene, such as hand-washing and environmental disinfection, supported by physical distancing where its needed. The goal is to drive down numbers of cases to a low level so that transmission is limited to discrete, containable outbreaks with the ultimate goal of elimination.

Think of thisas a series of constantly emerging small fires that need to be extinguished quickly before they turn into an uncontrollable blaze. South Korea and Germany have effectively run with this approach,rolling out mass testing and tracing strategies, isolating carriers of the virus and implementing monitoring systems to map its spread.

But the focus on deaths from a second wave may miss the real toll of the virus: the long-term damage it can cause to the lungs, heart, kidneys, brain and even blood vessels among those who recover. This is emerging as one of the horrors of Covid-19. It is often forgotten that Covid-19 is a new virus, completely different to the flu, and that it might have longer-term health impacts that will only be identified in months or years.

If coronavirus is our generations polio, we might look towards the approach taken by governments in the Pacific. New Zealand has eliminated coronavirus, and Australia is inching closer to this goal. With border checks in place, people living in these countries can return to normal life. Sports matches are taking place in New Zealand, schools have reopened, weddings are being booked and people can safely see relatives.

The successes of New Zealand and Australia might force other countries to rethink their own strategies, and the feasibility of eliminating the virus within their borders. Instead of living with a constant threat of Covid-19, people might start asking their own governments – why not try to get rid of it altogether?