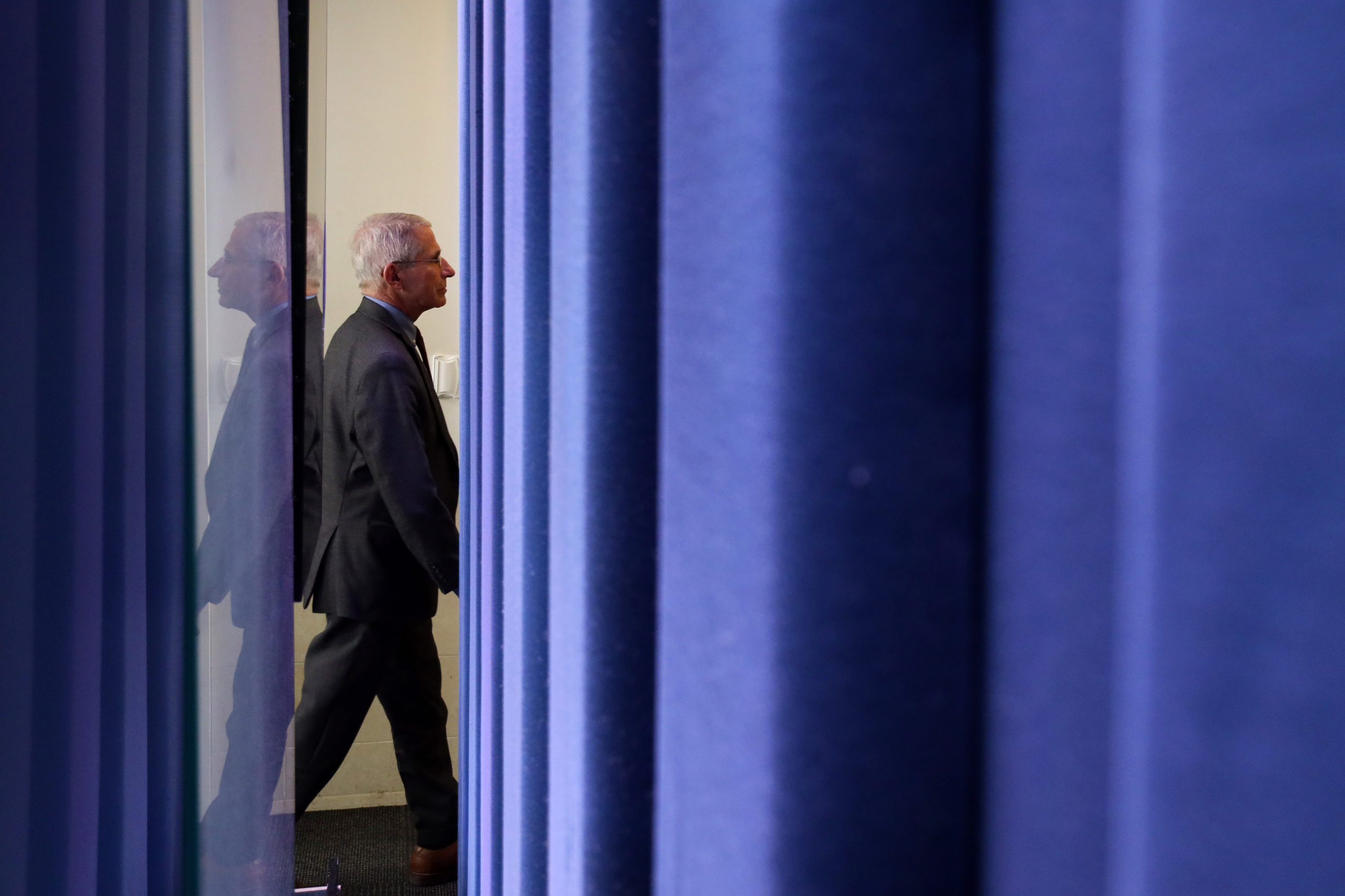 Scientific advances have put us closer than weve ever been to an end to AIDS. Ethical concerns could still push it out of reach.

Advances in prevention and treatment have not only lessened the urgency in finding a vaccine or cure for the disease; theyve complicated the clinical trials needed to prove that a potential breakthrough is effective.

“Our success is the thorn in the flesh,” said Linda-Gail Bekker, deputy director of the University of Cape Towns Desmond Tutu HIV Centre.

AIDS revolutionized drug research, as desperate patients raged at regulators for denying them access to experimental drugs that might not work, or could even be dangerous, but often represented the only chance of saving their lives.

Activists in the 1980s and 1990s convinced governments and drugs regulators to let them take untested medicines even if it might undermine the strict process for clinical trials. The uncertainty of an unproven treatment was better than a death sentence.

The widespread adoption of antiretroviral drugs — to manage or prevent the disease — have turned that logic on its head.

People on treatment can essentially live a normal life with HIV — and be confident that they wont pass the virus on to others. And antiviral treatments, known as pre-exposure prophylaxis, or PrEP, can also be taken to prevent infections.

That leaves scientists and drugmakers facing a different ethical dilemma: How do you justify testing a vaccine that might not work when we know a daily pill can prevent HIV? Is there a rationale for trying out a cure that might come with dangerous side effects when existing medications offer a normal life even with HIV?

For Janssen, the answer was simple. As the pharma giant prepared to test a new vaccine in a trial dubbed Mosaico, it decided to exclude men taking PrEP or those who said they wanted to start it.

The potential vaccine is one of the worlds top hopes for immunization, with Stage 3 efficacy trials starting in the U.S. late last year, followed by Spain and Argentina in early 2020. (Plans to include participants in Italy, Poland and elsewhere in Latin America are on hold because of COVID-19.)

All potential participants are counseled on ways to prevent infection, including condom use and PrEP, said Maria Pau, a senior director for the drugmaker. Only those whove ruled out PrEP are included; otherwise, their inclusion would mean that a significant proportion of PrEP-takers could muddy the results of the trial.

Trial design is a growing concern for vaccine researchers, Pau said, with groups like the World Health Organization convening meetings to figure out how to cope.

The Mosaico trial includes men who have sex with men and trans men, the group at highest risk in wealthier countries. Another trial with a similar formulation, but more targeted to the strain of HIV transmitted through vaginal sex, just started in sub-Saharan Africa. Women there are especially vulnerable because they dont often have access to prevention methods like condoms, much less daily PrEP. (Women, who are less likely to use PrEP worldwide, arent excluded from this trial even if theyre using the preventive medicine.)

But a study published last month found an injectable form of PrEP that lasts months works just a well as a daily pill. Thats great news for people with limited access to health care, but its also likely to further complicate efforts to find a more permanent immunization.

“In the future it may be even more difficult because there are more and more prevention methods that some of these participants may choose,” Pau said.

The contrast can be seen in the global response to the novel coronavirus, the latest deadly disease of animal origins to sweep across the earth. Unlike HIV, there are no proven treatments for COVID-19.

“The world has come out guns blazing” for a coronavirus vaccine, Bekker said. “We havent had that” for HIV. While some pharma companies have stuck with HIV, others “have become fearful because of failure and have stepped away,” she added. “If anything, its kind of shrinking rather than engaged.”

Ethical concerns and flagging global attention are just the newest challenges in the search for a permanent solution to AIDS. HIV has been confounding researchers for almost four decades.

Vaccines work by stimulating the natural immune response that the body would have if it was actually exposed to a disease. The vast majority of people overcome even the most dangerous bugs. 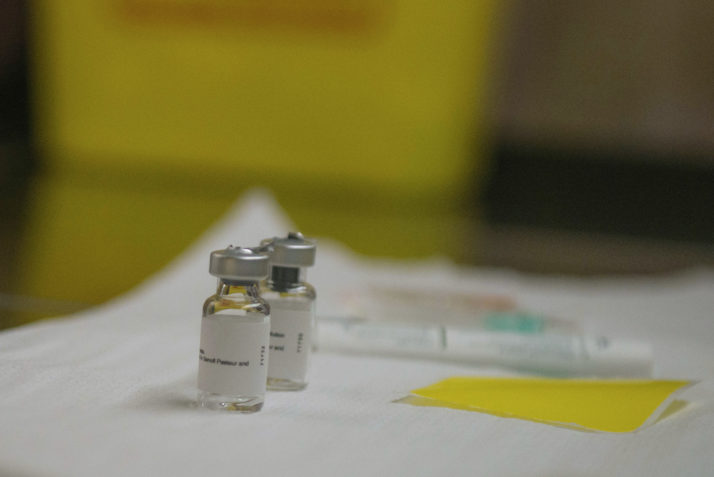 As difficult as developing a vaccine might be, “a cure is maybe even harder,” say scientists | Mujahid Safodien/AFP via Getty Images

“Despite the tens of millions of cases of HIV throughout the world since the beginning, there isnt a single documented case of someone who has spontaneously cleared or eradicated the virus,” said Anthony Fauci, the longtime director of the U.S. governments infectious disease research institute.

The scientific face of the U.S. coronavirus response, Fauci has been working on HIV since 1981 and famously tangled with AIDS activists over access to unapproved drugs.

Finding an effective vaccine is so difficult, Fauci said, because “youre going to be asking the body to do something that natural infection [response] isnt even capable of doing.”

HIV morphs inside the body. So by the time the immune system creates antibodies to fight one iteration, theyre “absolutely useless” because the virus has already changed, Bekker said.

She knows the difficulties of trying to create a vaccine all too well: Her trial of a promising candidate — the first large scale study of an HIV vaccine in almost a decade — was cut short in February when it clearly wasnt working.

“It looked like it was going to be a blockbuster of a story, and then the whole thing imploded,” she said.

Worse than the disease

As difficult as developing a vaccine might be, “a cure is maybe even harder,” said Bekker.

There are only two people recorded as cured of HIV: the “London patient,” Adam Castillejo, and the “Berlin patient,” Timothy Ray Brown. They both had a bone marrow transplant to treat cancer. Eradicating HIV was a virtuous side effect.

Not only is this a costly and complicated treatment, its a dangerous one — and only worth the risk because their cancers would have certainly killed them.

Still, the search for a cure has picked up “particularly over the last five years, intensively,” said Fauci.

Thats in part thanks to new technologies offering scientists new inspiration and optimism. They include X-ray crystallography that lets researchers see the structure of cells at the atomic level and the ability to reverse engineer the Read More – Source
[contf]
[contfnew]