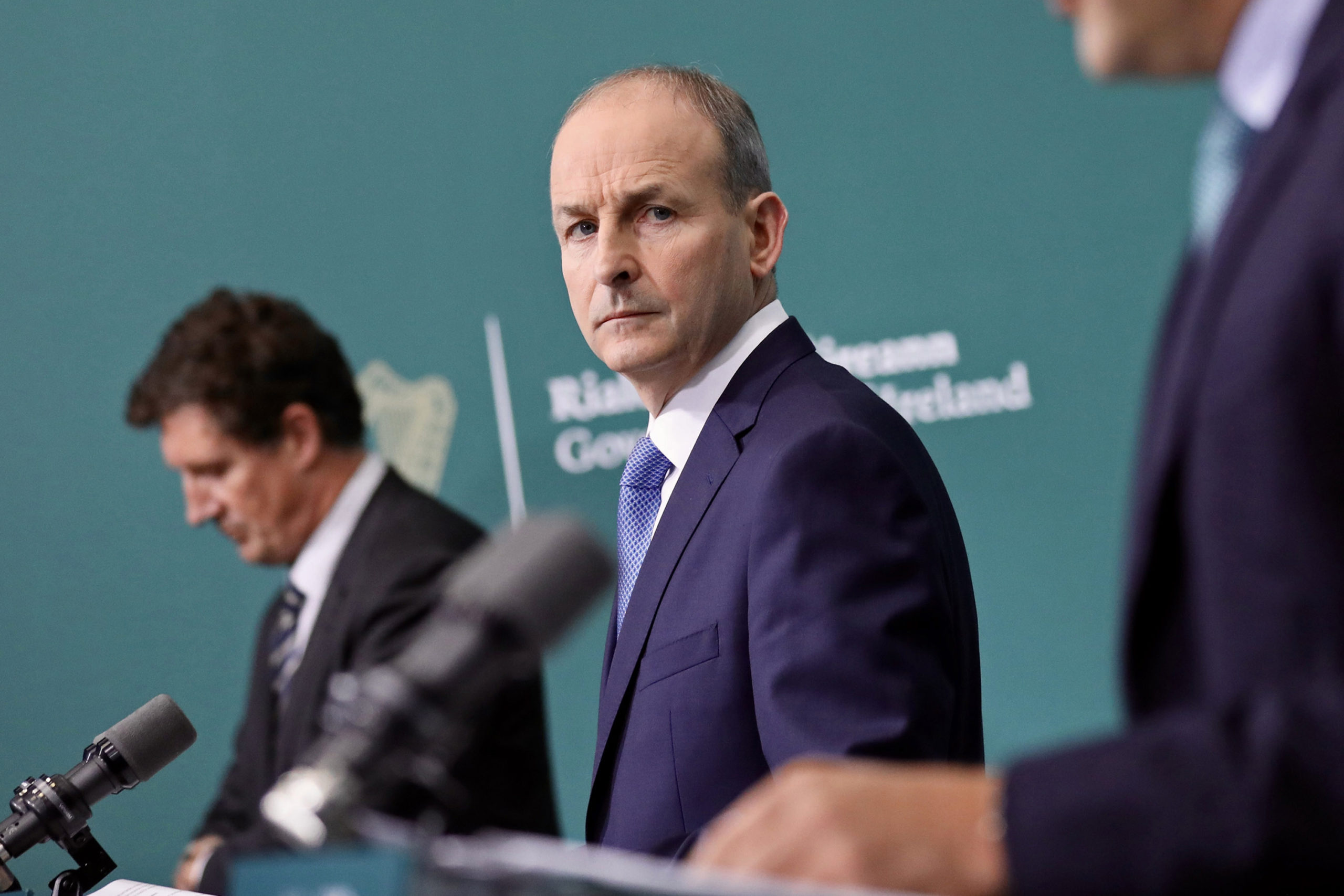 DUBLIN — Thousands of newly diagnosed coronavirus carriers are being asked by Irish health authorities to warn their own contacts of possible infection because the country’s test-and-trace system has been overwhelmed.

Opposition politicians accused Prime Minister Micheál Martin of incompetence after he admitted not knowing about the system breakdown until the Irish Times reported it Tuesday night.

Ireland’s Health Service Executive said it is sending texts Wednesday to more than 2,000 people who received positive coronavirus tests over the weekend.

Its lead for contact tracing, Niamh O’Beirne, said those infected are being asked to tell all those in face-to-face contact since Friday that they may have been exposed to the disease.

“They need to think about who they live with, who they have interacted with, and who they have spent 15 minutes in close proximity with,” said O’Beirne, who oversees a 400-member contact-tracing unit.

Normally, those tracers directly telephone the known social contacts of newly identified COVID-19 carriers – potentially dozens of people per case — and tell them to be tested and self-isolate for 14 days. But a surge in positive tests overwhelmed those capabilities over the weekend.

O’Beirne said her unit decided to “hit the reset button” and prioritize this week’s newest cases, leaving most of those diagnosed over the weekend to pursue their own social networks. She conceded this was “not ideal.”

Ireland is re-entering a national lockdown at midnight for the first time since May because of the surge in infections. Citizens are being ordered to stay within five kilometers of their homes and receive no house guests for the next six weeks. Most retail shops will close, although schools, construction sites and factories will remain open.

In the parliament, opposition leaders lambasted Martin over his government’s failure to resource contact tracing sufficiently.

“How is it in any way sane or sensible to be sending people out text messages — people who have COVID and could be in hospital, in intensive care for all we know! — and asking them to contact people?” Labour Party leader Alan Kelly told Martin. “I accept there are pressures. But this is bonkers, absolutely ridiculous.”

Social Democrats leader Catherine Murphy said she was shocked to hear Martin admit that he didn’t know about this problem until he received a text of the Irish Times story.

“We’re heading into the second lockdown because we’ve lost control of the virus. The system of contact tracing is under-resourced and can’t cope,” she told Martin. “You should have been aware of this, of how under pressure the system was.”