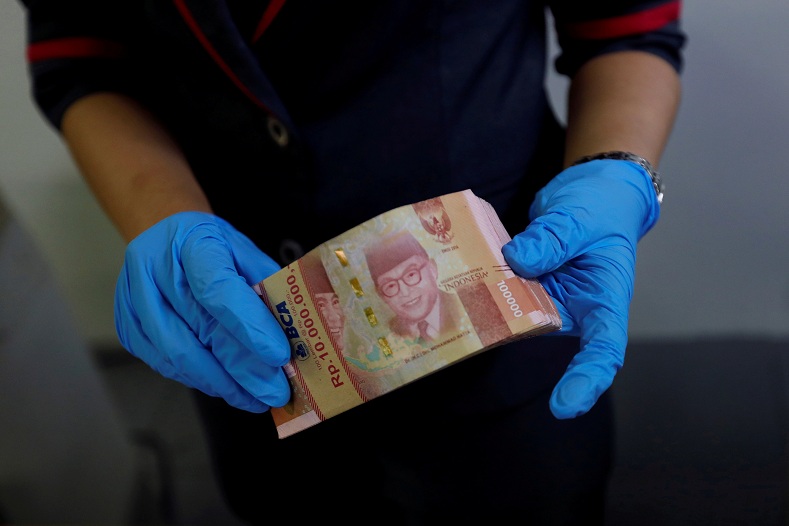 Indonesia’s fiscal budget deficit may decrease to less than 5.4% of GDP this year, due to the commodity boom and economic recovery following its deadliest COVID-19 wave, its finance minister Sri Mulyani Indrawati said on Monday.

The minister said in a virtual forum with the Institute of International Finance (IIF) that Indonesia’s economic recovery has rallid since late August, as COVID-19 cases started to decline following a devastating spike in July.

The government has raised its COVID-19 relief budget to respond to rising cases if infection. It’s previous 2021 budget deficit outlook was 5.82% of GDP.

Indonesia’s President Joko Widodo on Monday proposed to parliament a 2,708.7 trillion rupiah ($188.30 billion) budget for next year, with a fiscal deficit equal to 4.85% of GDP, aimed at boosting an economic recovery from the pandemic.

The president has set a gross domestic product growth target within a range of 5% to 5.5% next year, compared with this year’s estimate of 3.7% to 4.5% growth.

The economy shrunk by 2.1% last year. This is the first contraction since 1998 due to the reprecaussions of the COVID-19 pandemic.

Sri Mulyani Indrawati had said that the new fiscal measures will increase next year’s tax revenue by around 139.3 trillion rupiah ($9.80 billion), taking the tax ratio of South-East Asia’s biggest economy to 9.22% of GDP, from 8.44% without the new law.

However, some business groups and analysts have questioned the timing of the tax hikes, since the economic recovery from the pandemic seen as fragile.

All political parties but one in parliament approved the legislation.

“Through this law we want to optimise government revenue, create a fairer tax system… as well as expand our tax base in this globalisation era when the digital technology is very dominant,” Sri Mulyani said.

The new tax measures would add less than 0.5 percentage point to headline inflation and have little impact on economic growth, the minister said.