Emmanuel Macron sold himself as the man who could reconcile government and Silicon Valley — a sort of “tech whisperer” for troubled times.

His ill-fated attempt to overhaul the way Facebook polices its platform for hate speech is one major example of why Big Tech is falling out of love with the French leader.

Months before the European Parliament rejected his pick to bolster the digital single market in Brussels, Macron unveiled his novel idea to deal with Facebook: rather than try to regulate the firm from the outside, France would embed regulatory officers inside its content moderation teams around Europe to study its methods and propose new rules.

The scheme — unveiled after a sun-drenched photo-op at the Elysée presidential palace with Mark Zuckerberg — made headlines around the world and helped to seal Macrons reputation as a tech luminary.

Now many in the industry point to the ill-fated embedding scheme as one more illustration of how Paris has let them down.

But a year later, that enthusiasm has turned to disappointment and even growing resentment of the French president in some parts of the tech industry.

Critics point out that, rather than follow the embedded regulators advice, Macron loyalists shelved their conclusions amid internal wrangling on digital files.

Presenting a bill to parliament earlier this year, they ended up swerving toward a much harsher approach that has alienated much of the industry before even hitting the books.

“We approved a law that is simply unenforceable,” said Laure de la Raudière, a conservative lawmaker opposed to Macrons centrist government, of the law, which needs to be approved by the Senate in November. 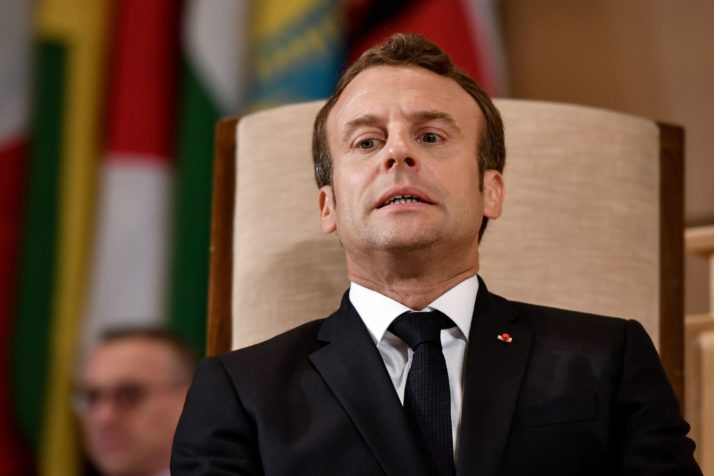 Macron in Geneva in June | Fabrice Coffrini/AFP via Getty Images

Not only was the embedding experiment radically shortened compared to original plans, say French officials, lawmakers and industry players who were involved in the scheme and ensuing debates.

Its basic recommendations were also dumped as the government appeared to veer away from its initial “soft touch” approach and MPs jockeying for prominence on digital files embraced a harsher line.

The episode is contributing to souring feelings in tech circles toward a president who came to power pledging to make France a “startup nation” and continues to promote tech-related schemes on the world stage.

Now many in the industry, including among U.S. tech firms with big presences in France, point to the ill-fated embedding scheme as one more illustration of how Paris has let them down.

“There is a sense of wariness that was not there before,” said one industry representative involved in the legislative debate who asked not to be identified to discuss confidential conversations.

“His advisers press us to sponsor initiatives or sign onto international charters before granting us any time with the president — or they simply ignore us.”

Cédric O, who is secretary of state for digital affairs and was previously an adviser to Macron, pushed back against the criticism and said that France remains committed to working with technology companies on regulation — insofar as dialogue was possible.

“We give platforms a chance for dialog but if they fail to respect their commitments, then we have no choice but to regulate the hard way,” he said.

Facebook referred POLITICO to a statement issued to French media criticizing the hate speech law as “privatization of freedom of speech” and declined to comment further.

Back in early 2018, France watched as Germany came under a hail of criticism over its anti-hate speech law, known as NetzDG.

Promising heavy fines for any platforms that failed to remove flagged content, it was criticized as harming free speech and giving too much power to tech firms to decide what should be taken down.

France aspired to do better, and Macron tasked his two top advisers on digital affairs at the time, Cédric O and Fabrice Aubert, with devising a solution that would address proliferating hate speech without alienating tech. (Aubert has since moved on to French real estate developer Nexity.)

The pair proposed embedding experts inside Facebooks machinery to figure out its workings and carry out continuous oversight, an idea inspired by similar moves in the financial sector.

Toward the end of 2018, more than seven Macron ministers had officially committed to fighting hate online.

His outreach culminated in a May, 2018, meeting on the veranda of Macrons presidential residence in Paris which was noted not just because Zuckerberg, who usually wears T-shirts, wore a suit, but also because he had chosen to visit France over the U.K. or Germany while in Europe.

The embedding mission got started a few months later, in January.

Known in France as the “Loutrel Mission” after its author, Benoît Loutrel, a former Google executive and co-director of the ARCEP telecom regulator, the team was made up of seven rapporteurs who spent weeks visiting Facebooks content moderation centers in Paris, Dublin, Berlin and Barcelona.

They were meant to work for six months. But instead, after just two months of observation, Loutrels team was asked to hand in its work. 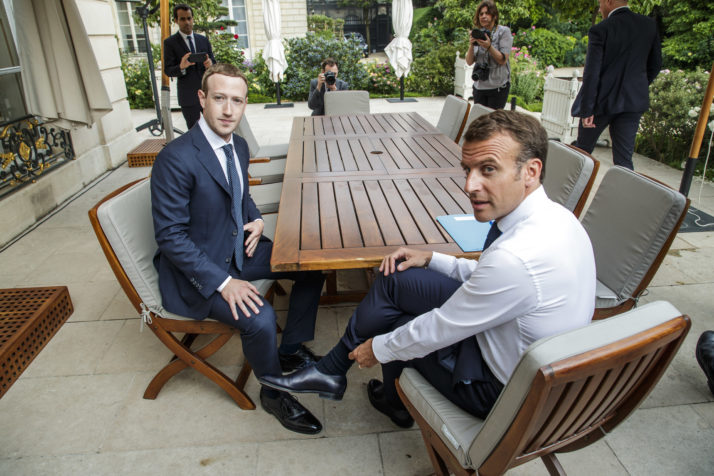 According to people directly involved in the mission and the debates that followed it, a packed legislative schedule in parliament was part of the reason for the delay.

But they also underscored jockeying between various Macron ministers and MPs who were all determined to claim ownership for the content regulation bill.

On one side, there was Loutrel and his supporters, namely O and Aubert, who backed the Loutrel Mission and favored a soft-touch approach.

On the other was Laetitia Avia, an MP in Macrons centrist La République en Marche party, Digital Minister Mounir Mahjoubi and Marlène Schiappa, the secretary of state for womens equality — all of whom had personally been subject to online harassment and favor a harder approach.

Toward the end of 2018, more than seven Macron ministers had officially committed to fighting hate online.

While the two camps argued over the approach, one event was seen as instrumental in favoring a harder line — an annual dinner hosted by Frances Jewish umbrella organization, the CRIF, at which Macron was asked what he would do about the rise of anti-Semitic speech online.

Tech industry players and digital rights activists are already up in arms, warning about unpredictable side effects.

Avia took to the stage, and used the occasion to state that tech companies would have to respect French laws and could be tried in court if necessary.

There was no more room for Loutrels softer approach to regulation.

Asked about the pile-on, Avia denied ignoring the conclusions of theRead More – Source