COVENTRY, England — It isn’t in Jeremy Corbyn’s gift to alter the U.K.’s Brexit policy — but with his latest move, he’s sure put Theresa May on the spot.

The biggest Brexit moment of the week will be May’s own speech on Friday — the next in a trilogy of landmarks, from Lancaster House, to Florence, to this week’s undisclosed U.K location.

But the opposition Labour Party’s confirmation Monday that it will oppose the government directly on its refusal to enter a customs union could — if enough of May’s own party are prepared to defy their leader when the House of Commons votes — spell mortal danger for May’s premiership and profoundly alter the course of the U.K.’s exit from the bloc.

Here’s what we learned and why it matters:

The biggest political moment of Jeremy Corbyn’s speech was his confirmation, once and for all, of Labour’s long-trailed policy of supporting a customs union with the EU.

It changes the complexion of the U.K.’s internal Brexit politics by establishing a position for proponents of a softer Brexit and those still in favor of no Brexit at all to rally behind.

Amendments to Brexit legislation have already been set down in the House of Commons that aim to cause problems for May. Internally, Labour calculates it needs the backing of just 10 Tory rebels to defeat the government on these clauses.

The first thing to note is the government controls when these bills are brought forward for parliamentary votes, so has delayed the crisis until at least April.

The bigger picture, however, is that Corbyn’s closest advisers believe they can topple the government later this year when the final Brexit deal is put to MPs.

Forcing the prime minister to accept a new EU-U.K. customs union — precluding an independent British trade policy — would be a big step toward this goal, Labour believes. For many Tory MPs, not being able to strike trade deals outside the EU defeats the whole point of Brexit. 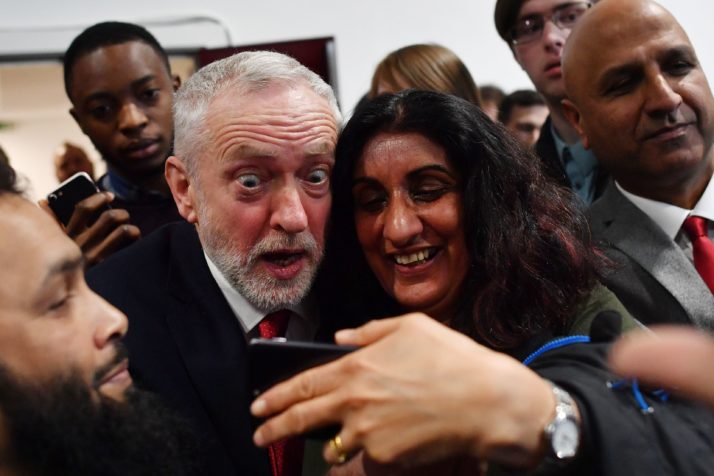 Developing an independent British trade policy is also the government’s central strategic vision for life after Brexit. Inside a customs union, its “Global Britain” policy is dead. May might not survive such a humiliation.

The road map to her departure — or to another general election — is not simple though. A two-thirds majority is required in parliament to call an early election. This is only conceivable if May herself were to decide that one was necessary in order to resolve a customs union impasse — unlikely given how the last election went for her.

Also, under the strict wording contained in the Fixed Terms Parliaments Act, the customs union amendment vote could not be deemed a “confidence” vote by the government — one that would force an election if it was lost. A standalone confidence vote could be held, but it is very unlikely any Tory MPs would vote against the government if the issue was decoupled from the customs union question.

Another scenario following the government losing a vote to keep the U.K. in a customs union would be a confidence vote triggered by Brexiteer MPs. And that might lead to an election called by a new Tory leader.

So a clash over the customs union could spell the end for May but not immediately and it is far from certain it would.

Labour’s customs union decision is also a proxy for the party’s wider belief that the U.K. should maintain a European economic model post Brexit. This contrasts with the emerging Tory position of “managed divergence” from European regulation with an emphasis on the advantage to be gained from flexibility in trade negotiations with bigger economic powers like the U.S. and China that do business in very different ways.

“Some seem very keen on downgrading our trading links with Europe. But we do not believe that deals with the U.S. or China would be likely to compensate for a significant loss of trade with our trading neighbors in the EU, and the government’s own leaked assessments show that,” Corbyn said. “Both the U.S. and China have weaker standards and regulations that would risk dragging Britain into a race to the bottom on vital protections and rights at work.”

The government, too, insists it does not want a race to the bottom. Brexit Secretary David Davis said last week the U.K. would maintain high regulatory standards as the basis of trade with Europe, and insisted there would be no “Anglo-Saxon race to the bottom.”

Ministers reject the Corbyn characterization of “Global Britain” as a deregulators’ charter, claiming they will bring the whole world with them in a “global race to the top” in high regulatory standards.

But Corbyn’s focus on trade with Europe, within a European model of rights and standards, is a sign of clear blue water between the U.K.’s main parties.

Red velvet cake and eat it

Corbyn might have come around to the idea of a customs union, but on the single market the Labour leadership remains in the territory of constructive — or unhelpful, depending on your point of view — ambiguity.

“I welcome any Labour movement in right direction,” tweeted Scotland’s First Minister Nicola Sturgeon, “but … it still sounds very similar to ‘have cake and eat it’ approach of PM.”

The Labour leader also set out a wish list of “protections, clarifications or exemptions where necessary” from EU rules, namely on state aid, competition, procurement and posted workers (rules that allow firms to bring staff from other EU countries without abiding by all local labor terms and conditions.) 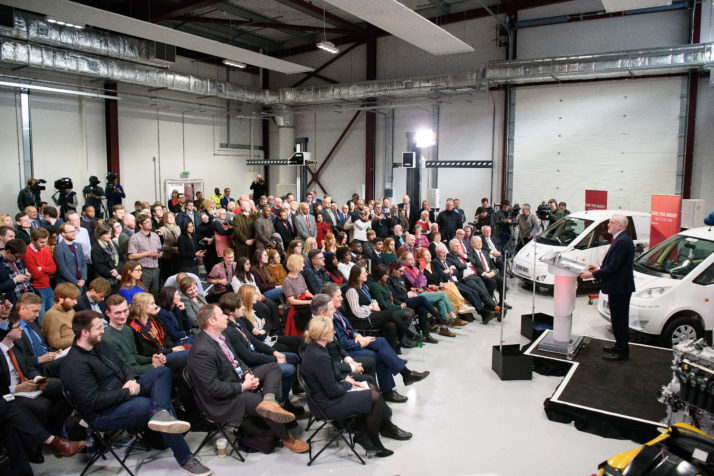 To the EU, Corbyn’s approach amounts to granting the power for a state subsidized industry in the U.K. to flood the bloc’s market unfairly with cheap goods. Those watching his speech in Brussels will have raised their eyebrows at such requests.

“If there is one thing the Commission has been banging on most uncompromisingly about for the future U.K.-EU relationship, it has been in regards to a level playing field as regards competition policy,” said Allie Renison, head of Europe and trade policy at the Institute of Directors, adding that it represents a “huge cornerstone” of the single market.

Labour’s insistence that as part of a customs union and despite being outside the bloc, the U.K. should have a say in the EU’s future trade deals, could also come up against EU resistance.

If anyone wanted an example of how Brexit turned British politics on its head, look at the Confederation for British Industry’s response to Corbyn’s speech.

The CBI, the U.K.’s biggest business lobbying group, is no fan of Corbyn’s approach to nationalization and the private sector. The Conservatives, meanwhile, have long considered themselves the natural party of business. But on the customs union question, Corbyn is now the CBI’s champion in Westminster.

“The Labour leader’s commitment to a customs union will put jobs and living standards first by remaining in a close economic relationship with the EU. It will help grow trade without accepting freedom of movement or payments to the EU,” CBI Director General Carolyn Fairbairn said.

The unusual alignment of a unabashedly socialist Labour leader and big business — on this issue at least — prompted an exasperated editorial in the London Evening Standard newspaper, edited by former Tory Chancellor George Osborne.

“The Labour leader has, with the smallest of nudges, manoeuvred himself into a more pro-business, pro-free trade European policy than the Tory government,” the editorial says.

“At the Lancaster House speech a year ago, the option of membership of a customs union was kept open by the prime minister. Last week it was formally closed,” it adds, referring to ministers’ clear statements on the matter after Friday’s away day at the PM’s country residence, Chequers.

“The result is an open goal for Labour — and surprise, surprise they just kicked the ball into the back of it.”

Another major business group, the British Chambers of Commerce, was less sympathetic though, calling Corbyn’s speech “more political than practical for business.”

“The priority must be to delve far more into the detail and negotiate a pragmatic deal on both customs and regulatory recognition that allows businesses to get their goods across borders as quickly as possible,” its director general, Adam Marshall, said.