From the United States to France and Britain, officials have warned about Russian attempts to swing elections through various meddling techniques.

In Italy? Not so much.

In the run-up to the election on Sunday, sympathy for Russian President Vladimir Putin among many lawmakers and voters is out in the open.

The friendly attitude filters through social media and traditional publishers, which means pro-Putin messaging that would be considered propaganda or misinformation elsewhere is uncontroversial in the eurozone’s third largest economy.

“Italy is a weird exception [among Western states] because the relationship between Italian politicians and Putin is very open,” said Anna Pellegatta, a digital forensic research assistant at the Atlantic Council, a think-tank monitoring the rise of digital falsities worldwide. “The line between misinformation and officials promoting Russian messages is very blurred.”

“If existing media is less trusted, then that creates a vacuum for fake news to flourish” — Rasmus Nielsen, director of research at the Reuters Institute for the Study of Journalism at the University of Oxford

With Silvio Berlusconi, who is a personal friend of Putin, owning a large swathe of the Italian media, topics favoring Russia have often been given greater prominence than in other Western countries, notably Germany, where criticism of the former global superpower is more pronounced.

But it’s not just Berlusconi’s media empire that has been willing to portray Russia in a more favorable light. Last year, Rai, the country’s national broadcaster, ran uninterrupted a four-hour interview between Putin and Oliver Stone, the U.S. filmmaker, which gave a broadly positive spin to the Russian leader’s aggressive foreign policy.

Online fact-checking is also less maistream. Websites that promoted fake news in Italy, for instance, created more comments and social interactions on Facebook than reports from many traditional media sites, according to a recent study by the University of Oxford.

“If existing media is less trusted, then that creates a vacuum for fake news to flourish,” said Rasmus Nielsen, director of research at the Reuters Institute for the Study of Journalism at the University of Oxford.

Lawmaker Laura Boldrini, current president of the Italian parliament’s lower house, is a repeat target. Photoshopped images of her and fellow politician Maria Elena Boschi allegedly attending the funeral of mafia leader Toto Riina were circulated widely online, racking up thousands of shares on Facebook in less than one day. False accusations that the wife of Matteo Renzi, the country’s former prime minister, was given preferential parking permits also did the rounds in recent days.

“There is more and more awareness that if you want to be effective you need to use social media,” said Alberto Alemanno, an Italian academic who is running for election Sunday for a minority party. “This is exactly what will make these elections on all political parties more vulnerable.”

Ahead of Sunday’s vote, Facebook rolled out a series of programs to counter these false narratives, including a clampdown on people making money from advertising connected to fake news. The social network also teamed up with Pagella Politica, a local fact-checking site, to debunk online myths. 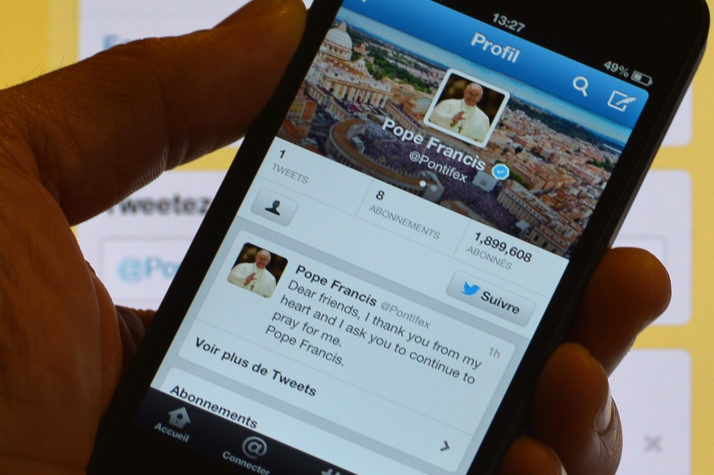 Yet the tech faces an uphill challenge, according to a senior executive who spoke to POLITICO on the condition of anonymity because he was not authorized to speak publicly about the Italian programs. Often, the executive said, Italy’s far-right and far-left politicians with openly positive views towards Russia promoted such misinformation on their own official pages.

Facebook, the executive added, was loathe to delete such falsities out of fear of being accused of trying to sway the election. Instead, the social network planned to inform local politicians when disinformation was shared widely, but would refrain from removing the content if it was published by official political parties or lawmakers.

Italy’s politicians are divided over how to fight digital misinformation, with some actively embracing and sharing outright lies among their followers. Candidates from the Northern League and 5Star Movement are skeptical that false information is even a problem.

Government officials have tried — usually with success — to counter misinformation.

Blogs with ties to the 5Star movement, for instance, regularly repost opinion articles from Sputnik, the Russian government-backed news service, on pro-Kremlin themes such as Putin’s leadership style.

Matteo Salvini, head of the far-right Northern League, recently shared false information about migrants and the alleged government benefits they received, according to EU DisinfoLab, a Brussels-based group that tracks online falsities.

In response, government officials have tried — usually with success — to counter misinformation.

Boldrini, the Italian lawmaker, held a series hearings last year on how to counter online misinformation. She also launched an initiative with tech companies and publishers to help the country’s children identify possible misinformation. Local senators proposed new legislation to combat disinformation, but their efforts did not gain traction.

The country’s telecoms authority similarly arranged meetings with big U.S. tech giants like Facebook to figure out how best to respond. None of its proposals are legally binding.

A key tactic used by Russian-backed groups online is relying on social media bots, or online accounts controlled remotely to promote divisive views. But in Italy, the same strategy is often employed by elected officials, often from the extremes of local politics, to boost their popularity with voters and create outrage from their opponents.

“Some of those hoaxes are dangerous. There’s a marketing or a political goal behind them” — Filippo Pezzini, lawyer

Earlier this year, for instance, a Twitter message sent by Salvini, the leader of the Northern League, was repeatedly shared online — often within seconds of each other — by more than 150 other accounts, according to an analysis by the Atlantic Council, a think-tank.

Such activity, experts say, is characteristic of social media bot techniques more often associated with groups connected to the Russian state. Salvini’s digital tactics, the researchers said, did not mean he had ties with the Kremlin.

“It’s a real phenomenon, and it’s a problem,” said Filippo Pezzini, a 28-year-old lawyer from Milan, who recently quit social media because of the widespread sharing of digital misinformation online. “Some of those hoaxes are dangerous. There’s a marketing or a political goal behind them.”